The Saga Continues! JK Rowling Has Announced That In The Harry Potter Universe, She Is A Universally Beloved Potions Shop Owner Who No One Considers A Bigot 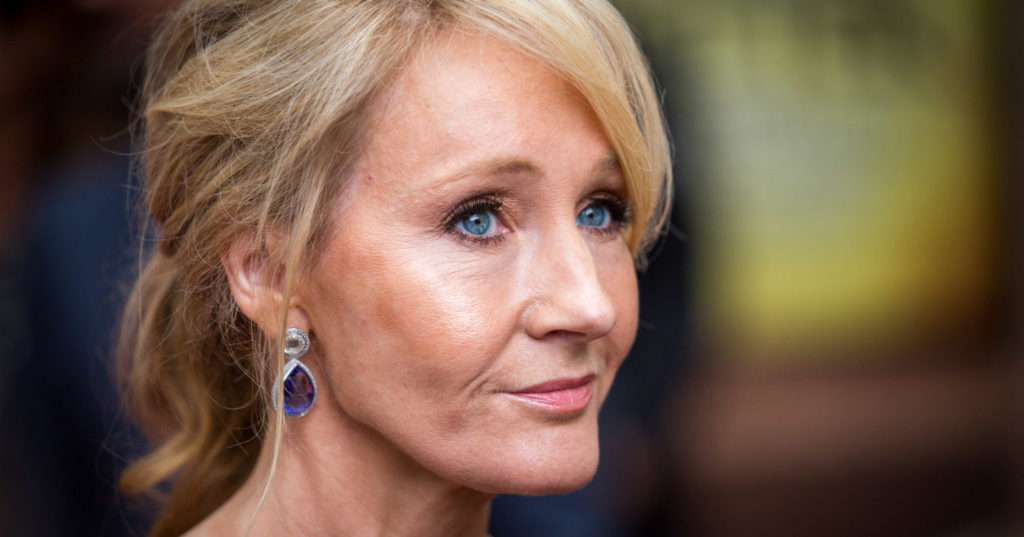 It’s been 25 years since the first Harry Potter book hit stores and ushered millions of readers into its fascinating world of magic and wizardry, but thankfully, its author is still continuing to delight us with new insights into the saga: JK Rowling has announced that in the Harry Potter universe, she is a universally beloved potions shop owner who no one considers a bigot!

How fascinating! This newfound glimpse into the Harry Potter world is truly a treat!

The multi-millionaire author regaled her Twitter followers with this revelation earlier this week: 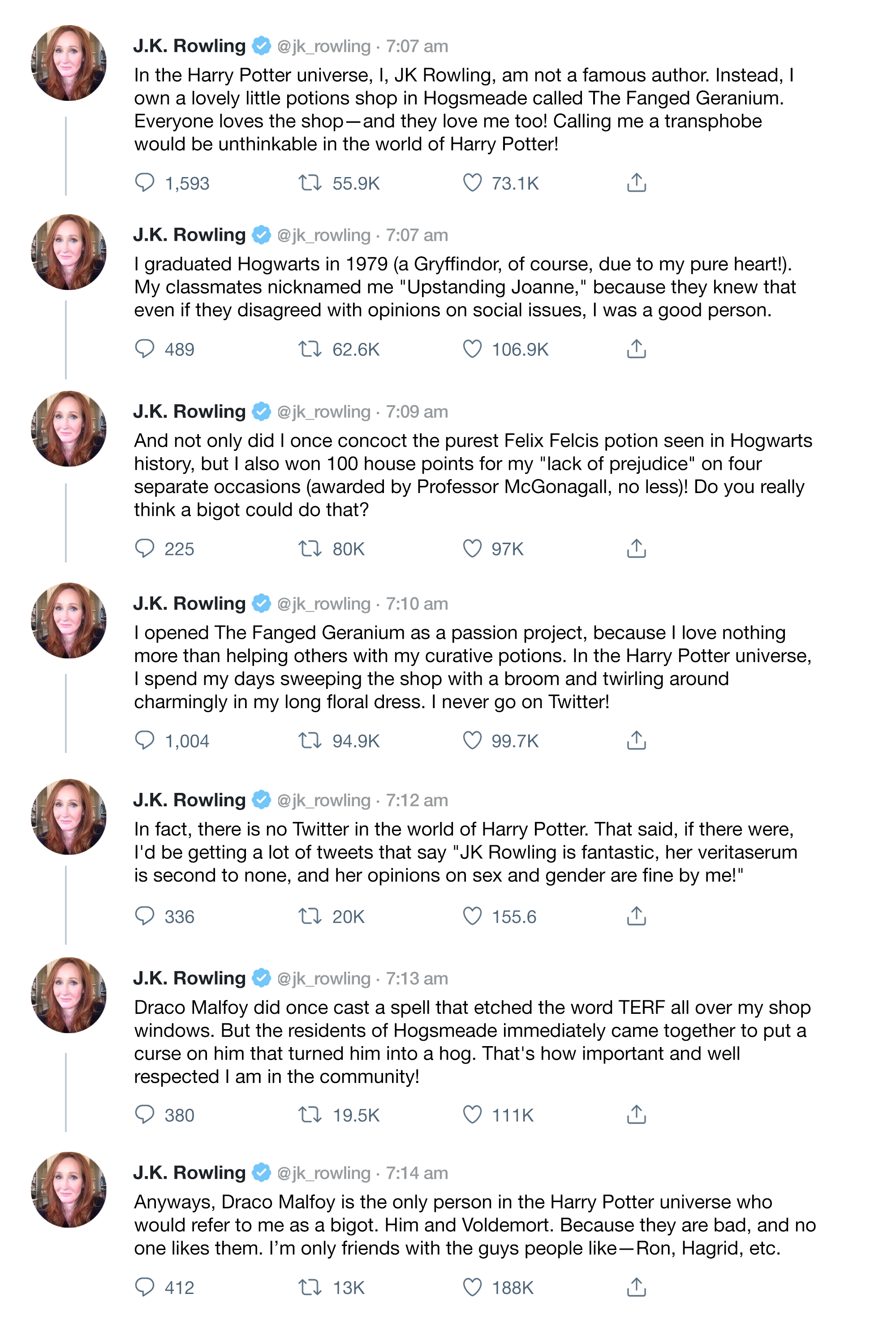 Wow! We are totally hooked on this gripping insight into the beloved Harry Potter world!

After her fascinating thread, JK Rowling followed up several hours later with a single additional tweet:

Cool! We just lap it up every time JK Rowling brings us in on a new secret none of us knew about Harry Potter, and this is one of the most exciting revelations about the Potterverse yet! We might not be getting our Hogwarts letters anytime soon, but this is almost as good!