The Situation In Syria Is A Mess, And This Is Coming From A Guy Who Has Seen His Fair Share Of Messes 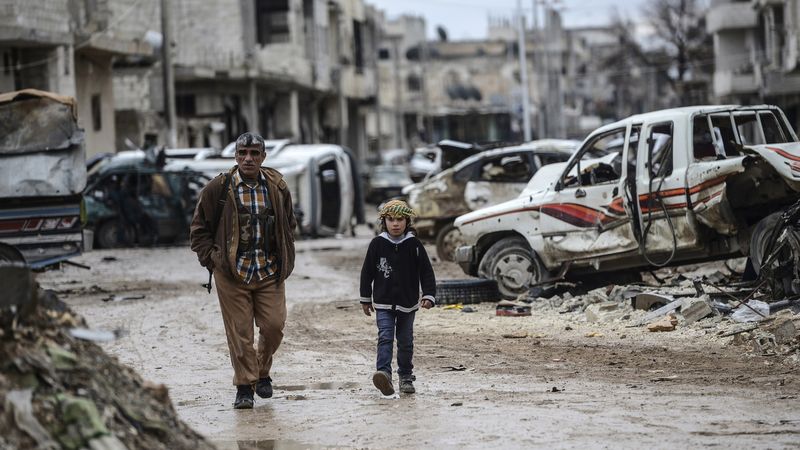 Syria is a nation in crisis. Plagued by both civil war and the invasion of ISIS, the country continues to witness horrendous devastation on a daily basis. To put it bluntly, the situation in Syria is a mess. And this is coming from the host of the hit Nickelodeon game show Double Dare, a guy who’s seen his share of messes.

After four years of civil war, casualties from the conflict are now in the hundreds of thousands. Entire villages have been destroyed, and millions of civilians have been displaced. At this point, it’s hard to imagine things getting any worse. And I’ve seen kids stick their arms up into a giant gak-filled nose during the Slopstacle Course. So, take that for what it’s worth.

On top of the civil war itself, infighting between rebel groups and ISIS has resulted in a situation that can only be described as total chaos. And as the former host of Double Dare, Double Dare 2000, Family Double Dare, and Super Sloppy Double Dare, which, taken as a whole, comprise the craziest, zaniest, most totally bonkers game show franchise of all time, I think I know what I’m talking about when I say “chaos.”

At this point, it’s hard to imagine things getting any worse. And I’ve seen kids stick their arms up into a giant gak-filled nose during the Slopstacle Course.

All this has resulted in a rapidly escalating humanitarian crisis. Across the war-torn nation, millions of Syrians are in desperate need of food and medical supplies. But delivering aid to some regions of the country is simply impossible, forcing many to go without. During my time at Double Dare, I witnessed a child take eight whipped-cream pies to the face, two grown men submerge themselves in a wading pool filled with chocolate, and the madness that is the human taco, and even I can’t help but feel shaken by what is happening in that country right now.

Will all this fighting lead to justice? To freedom? I wish I could say it will. But having seen firsthand the kinds of super-sloppy messes that happen when two teams go head-to-head in the egg toss challenge, I am confident that the only things that this mess will lead to are more and more messes. And I, of all people, should know.