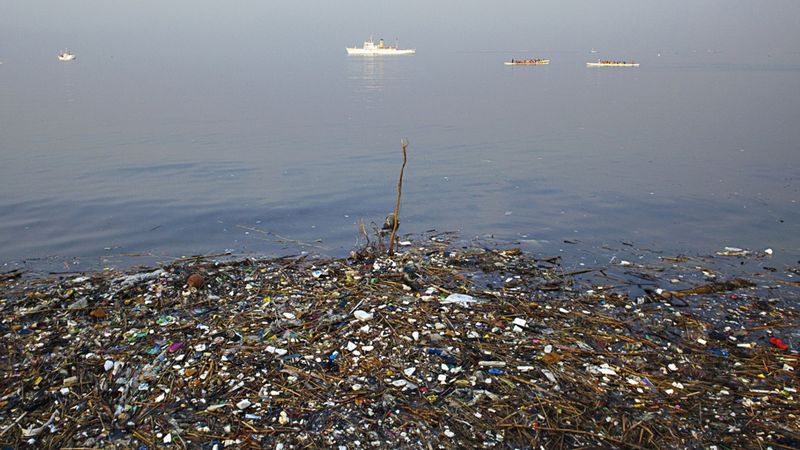 Human beings are destroying the planet at an unprecedented clip, and the consequences of our environmental disregard are manifesting themselves in truly shocking ways. For instance, did you know that there’s an island of garbage roughly the size of Texas floating in the North Pacific Ocean? It’s a geographic testament to our polluting ways, and unless global governments come together to do something, I will declare myself its sovereign ruler.

Consisting of plastics, chemical sludge, and other man-made debris, the island is commonly referred to as the Great Pacific garbage patch. It is a massive ecological catastrophe, and it will be my own personal commonwealth.

I will rule the garbage island firmly yet fairly, asking nothing but a small weekly tariff for refugees and wanderers to call it their home. The birds and fish that feast on the garbage will come to know me as their god, and as such, I will retain the right to eat of them as I please. Let it be known that I seek to establish a kingdom of justness and equality.

It is a massive ecological catastrophe, and it will be my own personal commonwealth.

Those who trespass on the garbage island and challenge my authority will be dealt with swiftly and without mercy. I will bind their limbs in plastic six-pack holders and leave them to the albatrosses, which will dispense of the intruders hastily per my royal bidding. Yet those who abide by my laws shall share in my bounty, gorging nightly on the lanternfish that wash ashore and singing merrily of our sacred national anthem, “Joy Joy Joy, Garbage King Is Our Father,” which goes as follows:

“O, what a friend we have in Garbage King / We vow our souls to Thee // Toiling in His garbage fields / Fills our hearts with glee // His garbage blessings never cease / His justice never fails // Nothing could ever defeat Him / Except perhaps a whale.”

As long as countries continue to aggressively pollute our ocean ecosystems, my dominion will only grow. For the few unto whom I cast my favor, this news should be received with much rejoicing. But for all others, know that every piece of litter discarded into the ocean brings you a little bit closer to your demise.

All hail the Garbage King!