There They Were: 6 Times On ‘The Sopranos’ That The Sopranos Were There 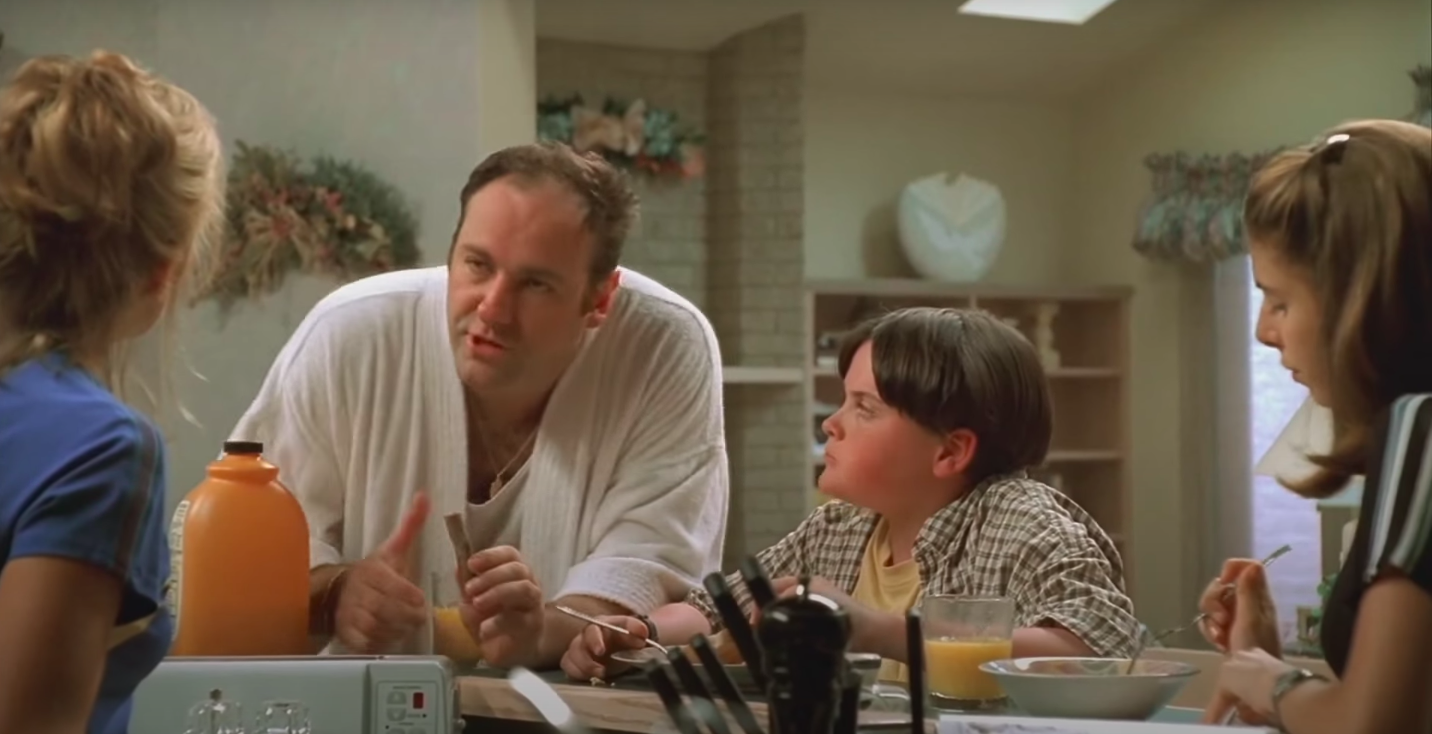 The Sopranos is an acclaimed work of television for many reasons, not least of which is its depiction of scenes in which the Sopranos were there. Here are six times on The Sopranos where this occurred.

No true fan of The Sopranos can forget the Season 1 scene where it was breakfast time in the Sopranos’ kitchen and there they (the Sopranos) were. With a pitch-perfect mixture of humor and drama, the show depicted what it was like when hardened mob boss Tony Soprano came inside after a tender moment watching a flock of geese in his pool, only to find that his wife and children were there, and he was also there as well.

2. When Meadow Soprano and Carmela Soprano went to the Plaza Hotel so that they could be there

This Season 4 scene at the Plaza hotel in New York would not have been the same if Meadow and Carmela had not been there, but thankfully, viewers got the chance to see them go there and be there for a period of time. There was truly nothing like watching the women from the powerful mob family be in the scenes that took place, and they certainly did go be there (in the scene at the hotel) in this awesome instance.

There were times in The Sopranos where Sopranos family members traveled to be there with each other, much like when there they were there at the nursing home, visiting matriarch Livia Soprano who also happened to be there. It was so thrilling to know that it was them, there, at that time!

4. When Tony Soprano killed Ralph Cifaretto and both of them were there

When Tony Soprano beat Ralph Cifaretto to death in a fit of rage, he simply had to be there, and indeed he was. The scene might have suffered without Tony Soprano’s presence, but the show’s deft writers clearly knew how to handle a situation like this one and ensured that both the mob boss and his victim were right there. When there they were…ah! It was good.

5. When Tony, Meadow, and A.J. Soprano were not there, but Carmela Soprano was there

When Carmela took her trip to Paris with her friend Rosalie, she quickly became the only Soprano there. You could not deny that the Soprano father and children were elsewhere, and yet it was the case that there was Carmela Soprano, perhaps more than she ever had been.

6. The iconic final diner scene where Meadow arrived late to meet her family, resulting in an unforgettable moment in which all of the Sopranos were there

Some people took issue with the final scene in The Sopranos, perhaps because they did not expect every member of the nuclear family to be there—but they were there during the series, and it was only right that they be there to end it. The chaotic ending scene gave viewers a chance to accept that the Sopranos had been there, and might remain there for some time. And there they were. Perfection!