They’ve Gotta Be Listening In: This Man Started Getting Targeted Ads For Refried Beans After He Had A 4-Hour Argument About Refried Beans With His Wife On The Phone 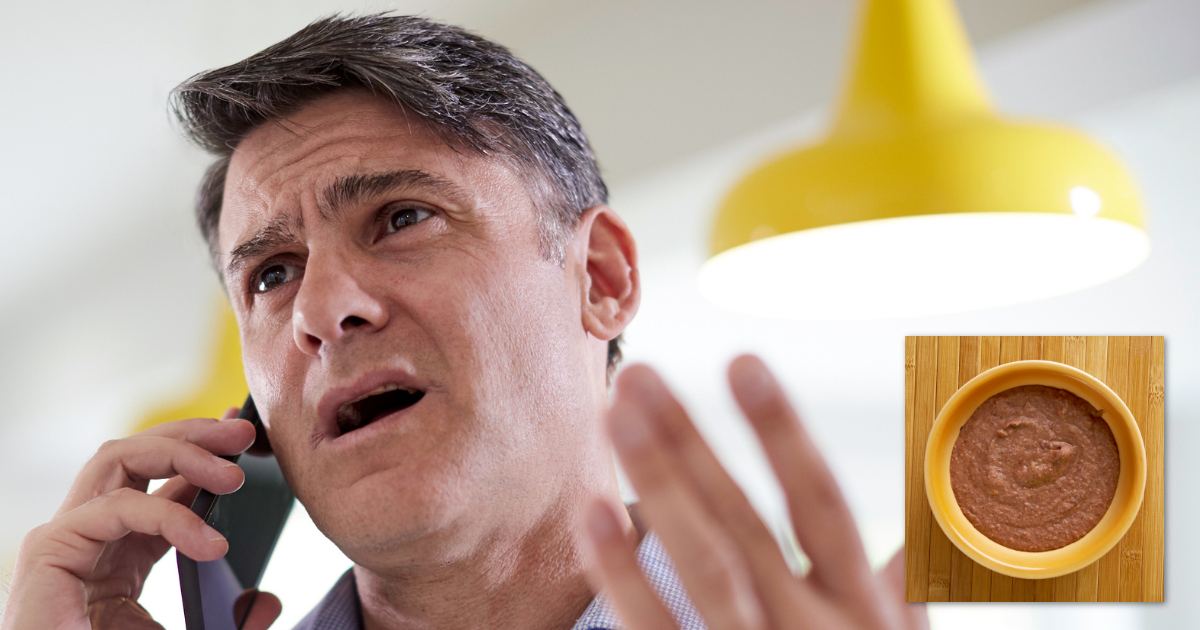 Sometimes, it’s hard to say if the eerily specific targeted ads we see after simply mentioning a product or item aloud are purely coincidental, or if our devices are spying on everything we do. But this story proves that major corporations are very likely listening to our every word: This man started getting bombarded with ads for refried beans after having a four-hour argument about refried beans with his wife on the phone.

George Williamson and his wife, Greta, had a major disagreement about refried beans last Sunday which started when Greta called George from the grocery store. The conversation began with Greta asking if George liked the kind of refried beans that have some whole beans in them or the kind that are totally smooth, but it quickly spiraled out of control after George revealed he’d always found Greta’s refried beans to be “too soupy.” Greta was incensed, yelling, “That’s how they come in the fucking can, you ungratetful hog. That’s literally how soupy Ortega thinks they should be. I think Ortega knows a thing or two about the proper bean-to-water ratio. They practically invented refried beans, you fucking moron!”

Despite getting the side eye from several shoppers at Save N Shop, Greta continued to berate George for his refried bean opinions, not pausing for a second even as she waited in line, checked out, got in her car, and arrived at a hair appointment, where she went on yelling for the entire hour. George, who was in his office with his phone on speaker, dug his heels in and refused to deescalate the situation, claiming, “I’ve seen you add water to the beans. You got a bean can in front of you? Take a look on the back and see if the instructions say anything about adding water.”

Wow. It’s crazy to think that you might be having a perfectly normal, hours-long fight about beans, not even realizing that every word you utter is being logged in detail so retail companies can more effectively target you as a consumer.

After a protracted back-and-forth about the alleged bean soupiness, the argument reached a fever pitch when George and Greta couldn’t agree whether the beans that Greta’s sister used in her famous 7-layer taco dip were refried or black beans. With George insisting that “you can refry black beans” and Greta refusing to accept that refried beans come in any color but brown, George finally Googled it and texted her a screenshot proving the existence of refried black beans, which Greta claimed was “probably Photoshopped.”

Later that evening, George was scrolling Facebook when he saw an ad for Old El Paso refried beans and thought nothing of it. However, over the next 24 hours, George began to notice more and more refried bean ads and refried bean-related content in his feeds. YouTube videos, Instagram posts, even the news stories he was seeing all seemed to be related to refried beans in some way. That’s when he thought back to the argument he’d just had with his wife during which he’d shouted the words “refried beans” into his phone over 900 times.

“The only reason I could think of that I was seeing all of this refried bean stuff was that I’d just argued with my wife about refried beans for hours on the phone,” said George in a Facebook post in which he called for more transparency in how companies are collecting users’ data. “The woman is clueless about beans. It’s not that I mind seeing all these bean ads, I just don’t like the thought of Bush’s Best listening in on a private four-hour shouting match between my wife and I. It feels like a violation.”

Damn. It sounds like the days of being able to have lengthy bean-related arguments with your wife without others sticking their nose in your business are long gone.

Advertising is a part of life in this country, but there’s a big difference between messages that are annoying and those that are flat-out intrusive. If these companies are indeed listening in on our every word, as it would appear based on George’s experience with all these refried bean ads, that’s simply not okay.