This 98-Year-Old Never Dreamed She Would Be Able To Vote For A Woman To Be President. Now She Will, As Long As She’s Not Too Busy. 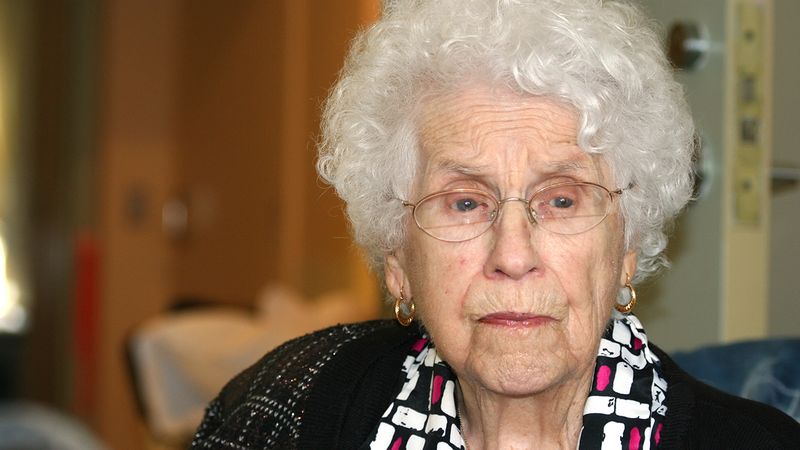 When 98-year-old Carol Bradley was born, women were still fighting for the right to vote, and it was hard to imagine a United States where a woman could become commander-in-chief. But now that Hillary Clinton has become the first female presidential nominee of a major political party, the Indiana native is going to do something that she never dreamed could happen: vote for a woman to become president, provided she isn’t too busy.

“As a young girl, I was always taught that a woman’s place was in the home, so it is very special for me to see a woman’s name on a major ticket like this,” Carol says. “Come November 8th, as long as there is room on my calendar and I feel like going all the way down to the middle school, I will proudly cast my vote for Hillary Clinton.”

Watching only men hold our nation’s highest office for all of her 98 years, Carol’s ready to be part of a landmark moment for women’s rights unless it’s raining or too cold on Election Day.

“My ladies and I usually do breakfast at Shoney’s on Tuesdays, so I probably couldn’t vote in the morning,” Carol explains. “But if I have some time in the afternoon and it’s only reruns on TV, I will certainly try to cast my ballot.”

Knowing that she finally has the opportunity to help put the first woman in the White House is unspeakably meaningful for Carol, and, assuming she hasn’t already committed to water aerobics or anything on Election Day, she plans on going to her polling place with her two daughters and six granddaughters if they can coordinate schedules. It will be truly special to see three generations of women coming together to share in an unprecedented milestone, although if one of them has to cancel it’s pretty likely the whole thing will fall through.

Carol also notes that every year she goes on a bus tour to take in the autumn foliage, and she wouldn’t be surprised if that overlapped with Election Day. In that case, then she would have to miss out on voting, as she has already put down a deposit for her ticket. However, as long as her schedule is relatively free and she’s not too tired, she will undoubtedly be marking her ballot for Hillary Clinton. And for the 98-year-old, it will be her vote for history.