This Amazing Little Girl Is Only 8 Years Old, But That Didn’t Stop Her From Sending So Many Drawings Of Vegetables To Soldiers Overseas That The Army Had To Ask Her To Stop 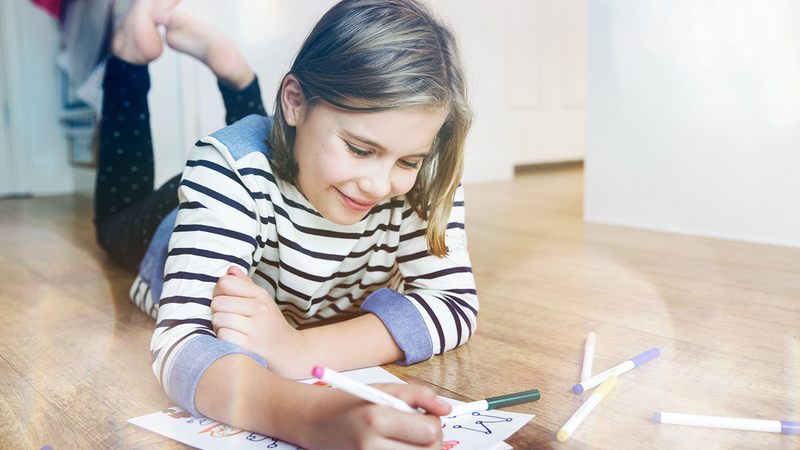 Get ready to be inspired by a seriously amazing kid.

Gwen Doyle is only in third grade, but when she saw images of soldiers on her TV, she knew she wanted to do something to show her appreciation for their service to our country. What this patriotic youngster did next serves as a lesson to us all: She may be just 8 years old, but that didn’t stop Gwen from sending so many drawings of vegetables to soldiers overseas that the Army had to ask her to stop.

Amazing! Now there’s a kid with a heart of pure gold.

After drawing a picture of a zucchini last spring, Gwen told her mother she wanted to give it to “the soldiers that fight for our freedom.” Her mom taught her how to mail a letter, and with this simple act, Gwen went down the path of creating a logistical nightmare for the Army base postal offices across the Middle East. Just one month after her first letter, Gwen had mailed nearly 60,000 pictures of assorted vegetables overseas, each hand-drawn by crayon and individually mailed by Gwen herself. And this incredible kid showed no signs of slowing down, even when the U.S. military kindly asked her to stop!

Now, most kids Gwen’s age would have given up a project like this after just a few weeks, but Gwen is no ordinary 8-year-old. She’s spent the past year drawing and mailing hundreds of thousands of vegetables for the brave soldiers overseas, and the military’s repeated cease-and-desist letters haven’t deterred her in the slightest. From the minute she gets home from school to the minute she goes to sleep each night, Gwen is furiously drawing gourds, greens, and root vegetables, writing “THANK YOU” at the top of every single one in large block letters, and mailing them to the troops.

Take a look at just one of the nearly 200,000 drawings the United States Army has returned back to Gwen, due to a lack of space in their mailroom:

Of course, a project this large in scope does not come without its own set of challenges, but Gwen has managed to overcome every single one of them. When Gwen’s parents took away her crayons at the U.S. military’s insistence, she still managed to produce more than 10,000 drawings of rutabagas just by scratching her fingernail into paper. When she saw an American flag being draped over a coffin on the news, she drew nothing but shallots for two months straight. And when the military sends Gwen repeated requests like this one to stop immediately, she just keeps her head down and goes straight back to work:

Wow. When you look at a kid as kindhearted and determined as Gwen, it’s hard not to feel optimistic about our future. Thanks to her efforts, every single person in the U.S. Army now has a large and ever-growing stack of vegetable drawings, received completely against their will! Thanks for all of your hard work, Gwen!