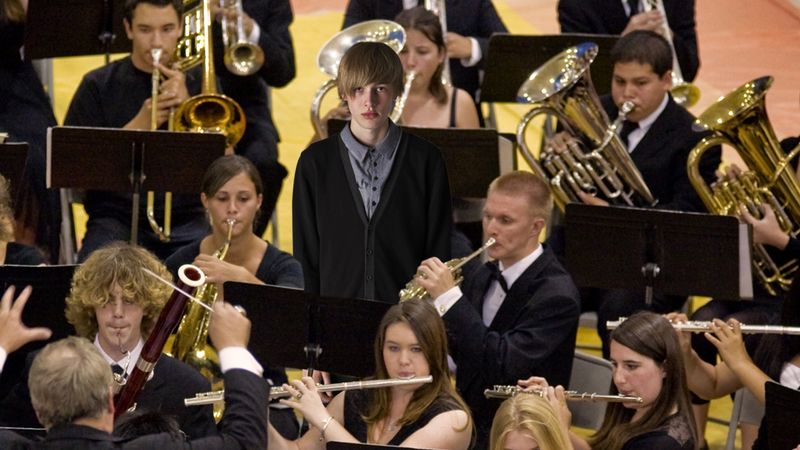 It would be hard to find someone braver than 13-year-old Todd Jones, who recently came out as gay. Todd had been struggling with his sexuality since sixth grade, and it took a lot of courage for him to reveal the truth. But while Todd’s fortitude cannot be ignored, he really should have picked a better time to come out than in the middle of his school’s band concert.

The students at Chester A. Arthur Middle School had been practicing for their annual winter concert for three months, so the audience was eager to see what the students had prepared. And while Todd’s inspiring announcement certainly took a lot of courage and inner strength, the timing was somewhat questionable.

According to audience members, in the middle of the band’s climatic Christmas melody, Todd stood up from his seat, walked to the middle of the stage, and loudly exclaimed, “I’m gay. I’ve known for a long time.” It was a bold, confident statement from a young man whose life had been filled with uncertainty and fear. In this moment, Todd was the epitome of both bravery and inconsiderate concertgoers.

Still, it might’ve made more sense for Todd to sit his parents down in private either before or after the show, or at least wait until intermission. But something about coming out halfway through “God Rest Ye Merry Gentlemen” felt right for Todd, and that’s okay. Although it did ruin the song.

After a few moments of stunned silence, followed by an announcement from the principal reminding people to turn off all cell phones and keep conversation to a minimum, the concert proceeded as normal. And while there was another brief interruption when Todd stood up again a few minutes later, the concert quickly continued once they realized he was simply going to the bathroom.

So, Todd, we praise you for being so courageous. But next time, maybe plan things out a little better.