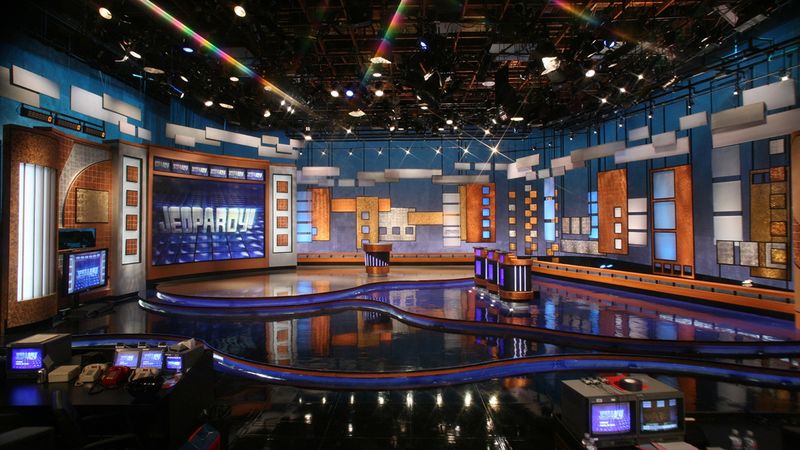 It’s one of the longest-running shows on TV, but even if you’ve watched a lot of Jeopardy!, you’ve probably never noticed this before.

According to avid Jeopardy! fan Greg Hensen, there’s a lot more to the 50-year-old game show than meets the eye, and he’s come up with a pretty compelling explanation for what’s been going on this whole time.

Read the theory Greg posted on his website earlier this week and decide for yourself:

Okay, so the three contestants on each episode of Jeopardy! embody the conflicting forces of Past, Present, and Future, who are waging an eternal war for dominance over the universe’s matter and energy.

The podiums they stand behind are the looms that weave the tapestry of existence, and the board is the spinning wheel that forms the thread of possibility.

TIME HAS NO DIRECTIONALITY.

All of history is forever happening simultaneously; therefore, the questions on the board can quiz the contestants on any object from throughout space-time, ranging from World Capitals to Authors By Middle Name. Time innately flows neither forward nor backward; instead, entropy is governed by whichever challenger earns the most cash. Cause and effect are meaningless, and answers precede their own questions.

The balancing force that prevents any of the Time Kings from triumphing is Alex Trebek, the immortal Trickster who wields his cunning intellect and omniscient knowledge to equalize entropy-power between the three temporal deities. A contestant like Great Threat Ken Jennings may hold the upper hand for a few days or weeks, but eventually they will be defeated. Upon their defeat, the Trickster will banish their current avatar and force them to create a new body. Trebek is chaos incarnate, the cackling jester who continually destroys and remakes the universe to prevent the stasis death of space-time.

Wow. Basically, Greg says that if any one of the three Time Kings ever permanently succeeds over the other two, the cosmos would be locked in a single chronal locus, freezing this entire universe and everything in it.

Now, all of that is pretty well-supported by events on the show, but the theory goes on slightly shakier ground to speculate that in addition to our own universe, in the world of Jeopardy! there are also 665 other universes created with varying degrees of good and evil:

Morality ≠ Choice! Ethics are the fifth dimension of space-time coordinates. Each universe has its own Past, Present, and Future competing on that universe’s Jeopardy!, but there is only one Alex Trebek, who exists in all universes at once and asks the same questions. Usually, the 666 universes are fully separate, but during the DAILY DOUBLE, a doorway opens, and you can cross into another realm, or that realm’s denizens can enter our world.

History’s greatest heroes and monsters, including Genghis Khan, Florence Nightingale, and Henry Ford, are all extraplanar invaders from universes higher or lower on the moral spectrum who crossed over during the wager.

If you’re having trouble keeping track of all this, Greg drew this handy chart to illustrate his theory:

Wow. While we can’t really know for sure whether this is really what’s going on, it’ll certainly be interesting to watch Jeopardy! with this theory in mind.

What do you think? Does Jeopardy! take place in a single dimension that is actually part of a quantum-branching multiverse where good and evil constantly struggle over the fate of mankind? Post your thoughts in the comments!