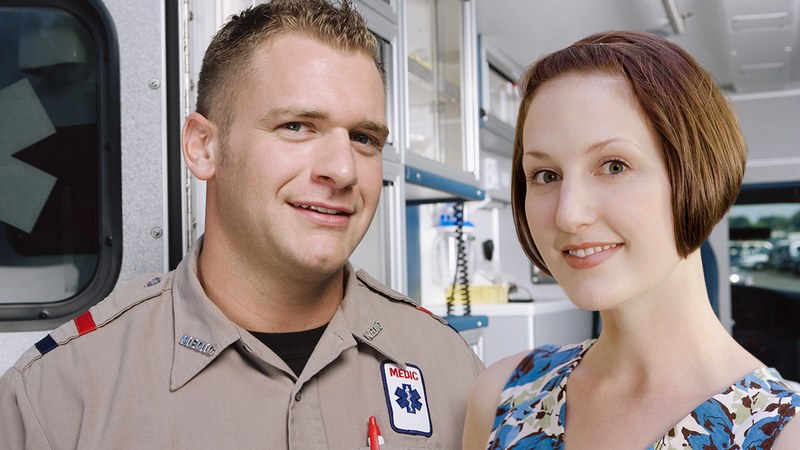 This will be the most beautiful thing you read all day.

When Laura Woods was involved in a serious car crash last year, a paramedic who arrived just in time saved her life. As she recovered in the hospital over the next few months, that paramedic, Ben Powell, visited every day to check on her, and before long they fell in love. Ben’s heroic act has brought them together as a couple, and now he has that in his back pocket whenever they fight.

Could it be any more perfect?

Their romance is now in full bloom, and if they ever get into a fight, all Ben has to do is mention that Laura was declared dead at the scene, and he was the one who brought her back. Anytime they disagree, he can casually bring up the fact that they wouldn’t even be having this conversation if it weren’t for him, and Laura has no choice but to concede to the man who bravely saved her life!

After a few amazing months together, Ben doesn’t even have to say it anymore. No matter what Laura says or does, no matter how big or small the argument, he is still the man who waited for 12 agonizing hours in the hospital room until she opened her eyes, and she can never change that.

Wow. These lovebirds’ story is proof that when Cupid’s arrow strikes at the right time, in the right way, all future disputes in the relationship are pretty much over before they even start. Congrats to Ben and Laura—definitely a match made in heaven!