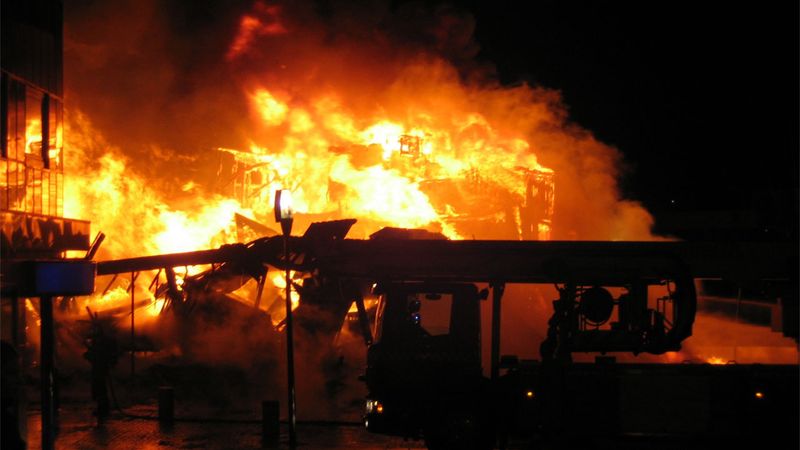 In the age of the internet, the next big thing can come from anywhere. Two days ago, Bay Area app developer Qdigital was just a small startup. But overnight, they had a huge breakthrough on their hands: a small kitchen fire that turned into something truly remarkable.

The kitchen fire started out as just an idea, something that could happen. All it took was someone, designer Linda Euler, to leave a bagel in the toaster and forget about it, and the fire was born. Once it arrived, the Qdigital staff knew they were witnessing something incredible.

“I smelled something burning, so I went to the kitchen to look and there’s this big fire,” said back-end developer Gary Hopkins. “We had to evacuate the building. I think the fire is still going.”

Qdigital works on iPhone apps, so the entire staff was very surprised when the kitchen fire became their main priority. The fire evolved into a full-on blaze in just a matter of minutes, and its rapid growth was demanding attention from everyone.

Just moments after the fire started, the marketing firm that rents space on the floor below called, asking what was happening. Soon after, the building manager and the local fire department were involved. What had been a small kitchen fire had become something far, far bigger.

Many kitchen fires fail within minutes of starting. They’re extinguished with a damp towel, or the fire runs out of flammable material to spread to. But the Qdigital kitchen had enough uncleaned grease and unswept crumbs to turn what began as a small fire into what is being called “unprecedented” by locals.

And the future looks bright for this kitchen fire. It has already shown its amazing growth potential, spreading to the copier room, the supply closet, and the auxiliary meeting space faster than anyone would have guessed. No one can predict where the fire will spread to next, but so far, no one has been able to contain its off-the-charts growth.

This is no longer simply a kitchen fire: It is a revolution. We are all witnessing something truly special.