Top That: The Person In Front Of You At The Wake Just Kissed The Body 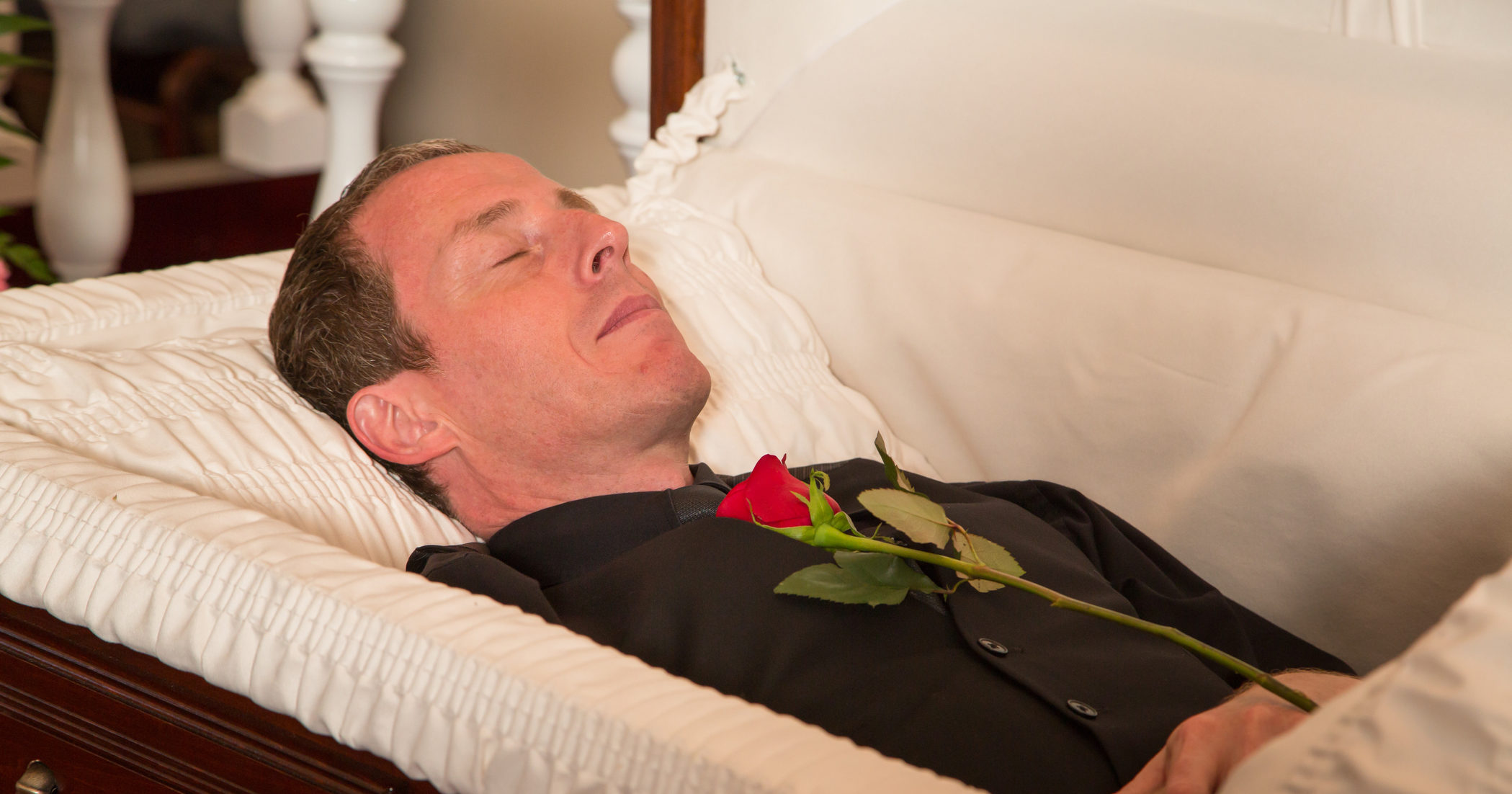 When a loved one dies, it can be terribly difficult to express all that they meant to you. Unfortunately, it just got even harder, because one mourner at this wake has made a move that’s bound to make your final farewell pale in comparison: The person in front of you just kissed the body.

Whoa. How the hell are you supposed to top that?

Your uncle’s viewing has seen no shortage of poignant, teary-eyed goodbyes, but on the line to kneel at his casket, the woman directly before you raised the bar to a whole new level by kissing your dead uncle’s cheek—a gesture guaranteed to eclipse however you pay your final respects. This lady, who you vaguely remember seeing at family parties years ago (she’s your dad’s second cousin or something?) overshadowed every preceding mourner as she clutched her rosary beads, gently touched your uncle’s clasped hands, and leaned over the casket to plant a no-holds-barred kiss right on his embalmed face. No matter how heartbroken you may be over your uncle’s death, your farewell has virtually zero chance of stacking up against this lady’s power move.

Let’s be honest: nobody’s one-upping a straight-up kiss on the corpse. Not at this wake.

Unfortunately, you’re up next, coming hot off the heels of a woman who just upped the ante in a way you’re unlikely to match. Everyone’s got their own way of grieving, but now that this lady threw down the gauntlet, every subsequent tribute will pretty much look like shit. Unless you start wailing at the top of your lungs, or stand there praying long enough that the funeral director has to come respectfully guide you away, this woman’s farewell kiss on your uncle’s shriveled jowls is going to remain in a league of its own.