Top The Pecking Order: 5 Ways To Establish Yourself As The Alpha Customer When Fueling Up At The Gas Station 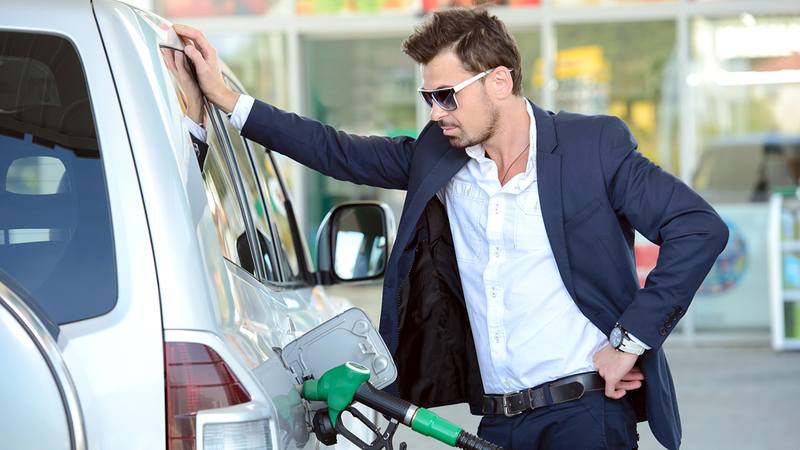 When you pull into a gas station, you’ve only got a short window of time to assert yourself as the alpha customer of the establishment. Here are five surefire ways to stake your claim as the station’s top dog.

1. Ask for the regular gas but at the premium price: Sure, it’s going to cost a little bit more money, but alpha customers have bigger fish to fry than the price of their gas. That extra 45 cents per gallon will go a long way in showing your fellow customers that you’re not here to fuck around. You’re here to get gas, and you’re going to get it on your own terms.

2. Blow your own air into the air pump: Most people rely on these pumps to fill their tires with air, but a true alpha customer knows how to reverse this power dynamic. To establish yourself as the station alpha, pull up next to the air pump, insert a quarter, and then pop the nozzle into your mouth and blow as hard as you can. If a gas station attendant tries to compensate you for your services, politely decline. Remember: Alpha customers pay the gas station—the gas station doesn’t pay them.

3. Request the bathroom key and then drive away with it: Bring it back an hour or two later on your own damn time. They can wait.

4. Fill your entire car with gas: You’re the alpha customer of the gas station now, and alphas don’t just stop fueling because the tank is full. Crack your driver’s seat window, jam the fuel pump inside, and squeeze the trigger until the car is filled to the very brim. If you’re averaging less than 500 gallons of gas per transaction, you’re doing it wrong.