Torn Apart By Grief: This Couple Was Unable To Save Their Marriage After The Death Of Verne Troyer 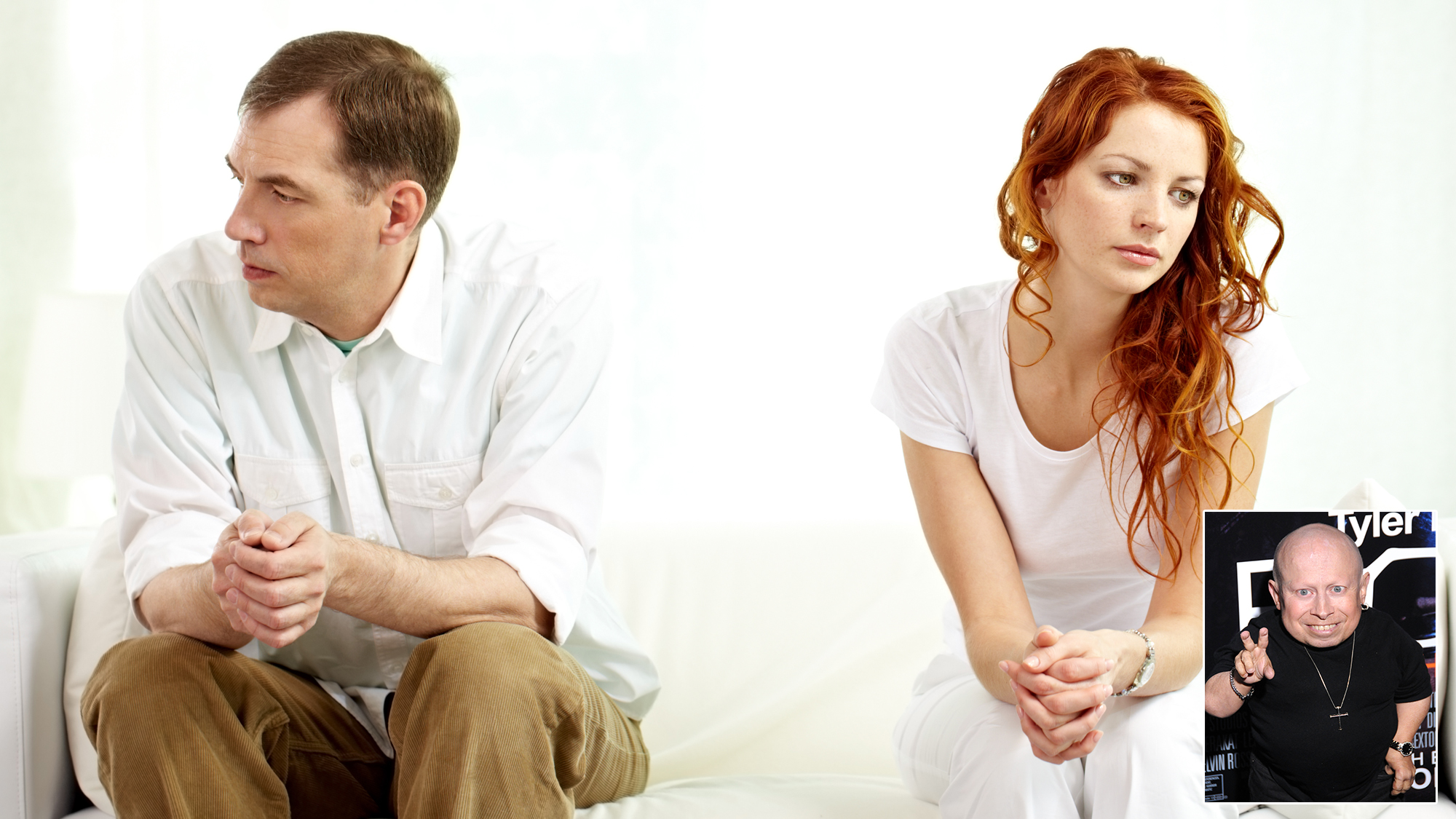 Everyone reacts differently to the death of someone they love, and the sad reality is that sometimes, a profound loss can be too much for a romantic relationship to bear. That is unfortunately what happened to this couple from Ohio, who were unable to save their marriage after the death of Verne Troyer.

Eli Denberg and Andrea Peters of Cleveland, OH had been happily married for 15 years when tragedy struck: On April 21, 2018, actor Verne Troyer passed away unexpectedly at the age of 49. Suddenly, the couple’s everyday life was thrown out the window and replaced by a maelstrom of grief. When they normally might have spent the evening together eating dinner and settling in to watch a TV show, they instead sat silently in separate rooms of the house, paralyzed by the shocking realization that even though they could still see Verne on their television dancing to Jay-Z’s “Hard Knock Life” while dressed as a tiny Dr. Evil, in reality, he was gone forever.

Both Eli and Andrea were barely able to get through each day as they contemplated life without the man who played Mini-Me, but their different methods of grieving kept them from being able to lean on one another during the painful time in their marriage.

“Eli wanted to stay home all day watching the scene where Verne Troyer humps Beyonce’s leg in Austin Powers: Goldmember over and over, whereas I couldn’t bear to watch it at all,” Andrea explained. “We weren’t able to talk about Verne Troyer’s death with one another, and that’s ultimately what tore us apart.”

The couple tried marriage counseling, but only became more distant from each other when their therapist suggested they spend a couple minutes together recounting the scene where Mini-Me repeatedly punches Austin Powers in the face in outer space, and Andrea stormed out of the session, unable to handle the raw emotion brought up by the memories.

“I think that deep down, Andrea blamed me for Verne Troyer’s death,” Eli explained. “And maybe, on some level, I blame myself, too. And that anger and shame has just made it impossible for us to stay together.”

How awful. It’s absolutely tragic when a devastating loss tears a marriage apart.

Eli and Andrea officially separated several months ago and are now living apart and working on finalizing a divorce. “Now, just seeing Eli reminds me of a time when Verne Troyer was alive and playing a British goblin named Griphook in Harry Potter,” said Andrea. “I wish we could go back to before Verne died and be together again, but it’s too late for that now, and we need to move on for both of our sakes.”

What a sad state of affairs. This is the type of horrible situation you would not wish on your worst enemy. It will likely be years before Eli and Andrea are able to heal from the grief they have endured after the death of their beloved Verne Troyer and perhaps experience joy again. We can only hope that they are able to stay strong during this incredibly difficult time.