Totally Unfair: This High Schooler Was Only Cast As The Lead In ‘Wicked’ Because She’s Still Stuck In The Harness From Her Performance In ‘Peter Pan’ 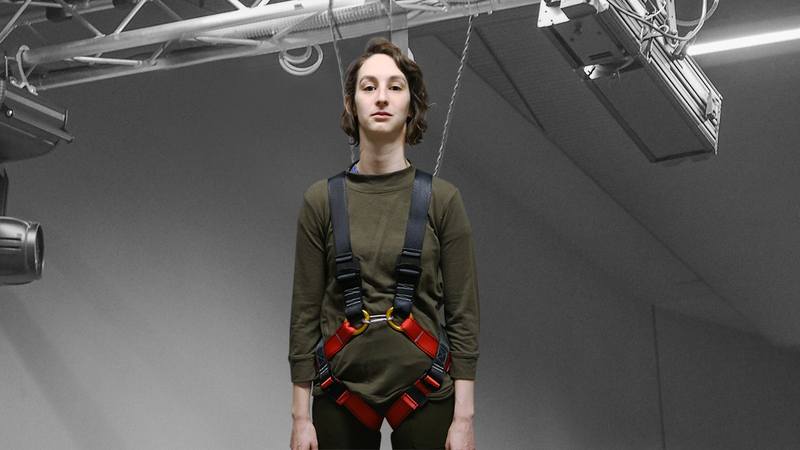 You might want to sit down before reading this, because this is one story that’s sure to make your blood boil: The theater department at Alton B. Parker High School just released the cast list for its spring production of Wicked, and it turns out junior Laura Coleman was cast as the lead just because she’s still stuck in the harness from her performance in Peter Pan.

Yeah. You read that right. This is extremely unjust.

Seriously, this is totally unfair. Just because Laura hasn’t been able to free herself from her harness after something went horribly wrong when the stage crew hoisted her into the air during the finale of Peter Pan before winter break does not mean she should have automatically gotten to play the starring role of Elphaba in Wicked this semester. It shouldn’t matter how convenient it is to just leave her in the harness to portray a second flying character. This play should have cast fair and square with auditions that gave equal opportunities to all students whether or not they’ve been stuck swinging from the stage rafters for the past three months.

Yes, it’s true that Elphaba is a character in Wicked who flies, and since not even the jaws of life could free Laura from the harness she’s been trapped in since early November, it solves a lot of problems to just give her the role, but there are a lot of other talented students who would have done a great job as Elphaba, too! There’s no shortage of wonderful singers at Alton B. Parker High who can belt out a beautiful rendition of “Defying Gravity,” but just because they haven’t been dangling from the ceiling like a human piñata day in and day out like Laura, those talented students weren’t even considered for the role.

Maybe a different student could have been cast as Elphaba and Laura’s presence up there in the rafters could have been explained by casting her as a bird or a cloud or something. That would have been way more equitable for everyone. Instead, Laura gets even more special treatment on top of already having the janitor spoon-feed her dinner every night and getting to be on the front page of the school newspaper once the fire department gave up on trying to free her from the harness and it was clear she’d be hanging above the stage for the foreseeable future.

Yep, this is completely unfair in every sense of the word. Laura should not have automatically gotten to star in this play just because nobody can get her out of that harness. This is a total injustice for all the students who wanted a shot to sing “Defying Gravity” based on their own talent and dedication, even though they don’t happen to have Laura’s good fortune to be hovering above the stage in a harness that nobody can free her from. The faculty should be completely ashamed of themselves.