Trans People Like Me Aren’t Used To Seeing Ourselves On TV, So It Means A Lot That I’ve Started Showing Up In Old ‘Cheers’ Episodes 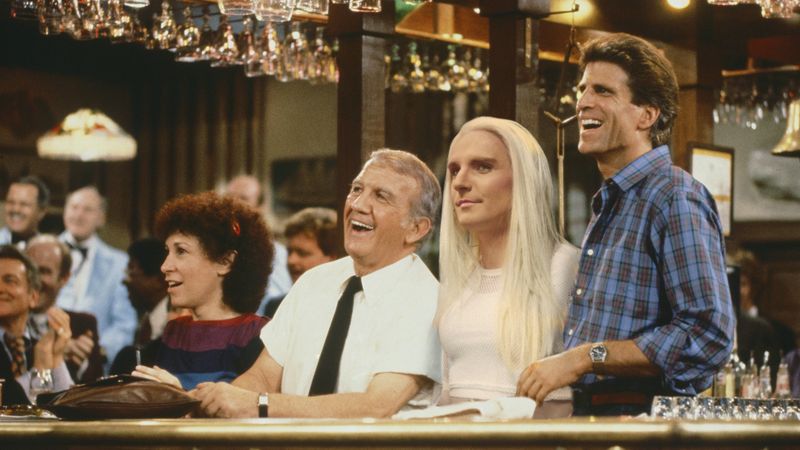 As a transgender woman, I’ve spent most of my life watching Hollywood pretend I don’t exist. For decades, the TV industry has ignored the trans community, erasing thousands of people like me from the cultural landscape. This is why it means so much that, in the past few years, I’ve started showing up in old episodes of Cheers.

I still vividly remember the night I was half-watching Cheers as I made dinner—it was an episode I’d watched dozens of times before. I remember Diane going to strike up a conversation, and that’s when I saw it: A few seats down the bar, there I was, drinking a beer. Me, a trans woman, appearing in a 33-year-old episode of Cheers.

It’s hard to fully explain how powerful that moment was. After years of being totally silenced, after countless depictions of trans people falling into the same old stereotypes, to hear Sam announcing “last call” and then to hear me, responding in my own voice, saying, “One more over here, Sam”—it was life-changing. Despite myself, I broke down crying.

Few things are more heartening than watching the same episode several times in a row and noticing that I have more lines each time I watch it.

Since then, my representation in syndicated episodes of Cheers has only expanded. The more I have figured into the plot lines, the more true it has started to feel that I (and other transgender people) belong there in the bar, the same as Coach or Carla or anybody else. Having spent my life watching society push trans people to the margins, watching myself deliver the game-winning strike in the bowling match against Gary’s Tap was especially meaningful.

Each Cheers storyline that features me is a victory. Few things are more heartening than watching the same episode several times in a row and noticing that I have more lines each time I watch it. It’s one thing for a series to include a token transgender character or two. It’s another to do what these episodes are doing: placing me in scene after scene, episode after episode, without judgment or apology.

It’s enough to fill me with pride and hope. There’s still work to be done, and this kind of representation remains the exception to the rule, but these old episodes of Cheers have the right idea. I will keep watching this encouraging trend with interest.