Treason: Meet The Gluttonous Meals On Wheels Senior Who Is Trying To Get Fat Enough To Crush The Liberty Bell With His Ass 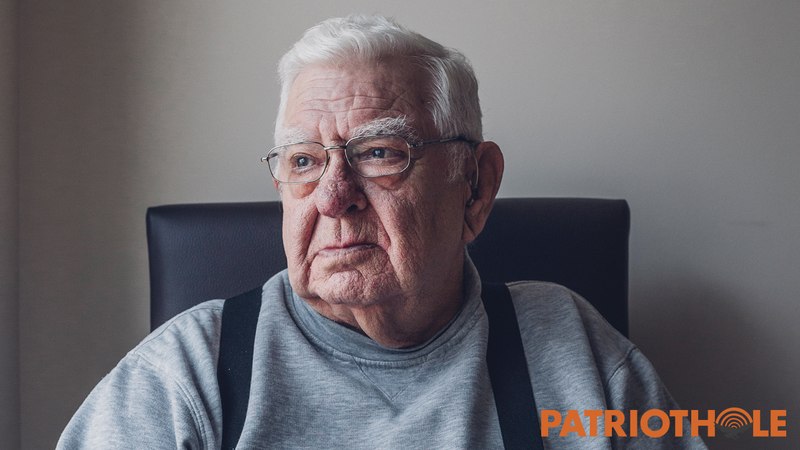 While it’s no secret that millions of liberal welfare leeches across the United States turn taxpayer-funded social programs to nefarious ends every single day, few realize just how depraved the freeloaders of our grotesque entitlement culture truly are. Case in point: Gluttonous 89-year-old Pennsylvania resident Paul Schoenburg, who is devouring as many Meals on Wheels deliveries as he can as part of his plan to get fat enough to crush the Liberty Bell with his ass.

According to reports, the massively obese Schoenburg uses his free, state-of-the-art Obamaphone to order dozens of decadent Meals on Wheels entrées on a daily basis, which are delivered to his doorstep by wheelbarrow and cost hardworking Americans $43,000 a week. The traitorous shut-in has already ballooned to a staggering 1,700 pounds, but believes that to successfully shatter the Liberty Bell, he will need to reach 4,300 pounds by April 7 of next year—the date on which Muslims celebrate Christmas, which is also, suspiciously, the inverse of the Fourth of July.

“The Liberty Bell cracked in 1973 the moment Roe v. Wade passed, and now I’m stepping up to finish the job,” Schoenburg told homosexual pit viper Rachel Maddow during an interview on MSNBC. “I’m gonna keep eating all the expensive lobster and filet mignon that Meals on Wheels gives me until my ass is bigger than God’s, and then I will have a foreign-made pickup truck haul me to Philadelphia, where I will bare my titanic liberal ass and plop it atop the Liberty Bell, smushing it into a two-dimensional disc. I will shout, ‘This one’s for my bride, Elizabeth Warren,’ while shitting and pissing with tremendous force, and if the servicemen guarding the bell try to stop me, I do plan to eat them.”

Wow. This really is a new low for the so-called “tolerant left.” And, sadly, there probably aren’t any gallows structurally sound enough to hang this unthinkable monster for treason. Hopefully this serves as a wake-up call to all those who don’t realize what a grave threat entitlement programs like Meals on Wheels pose to our country.