Ugh, So Obnoxious: This Guy Just Pulled Out An Acoustic Guitar At A Party And Killed Someone With It 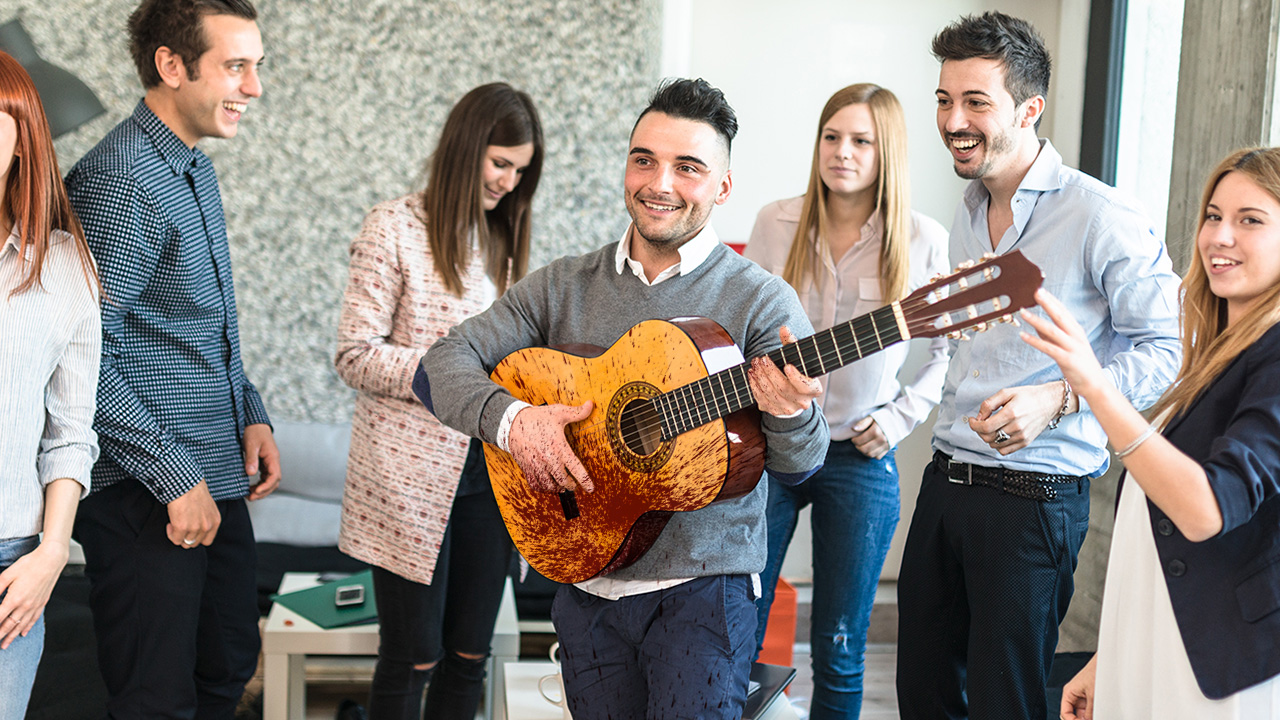 Prepare to be seriously annoyed, because something pretty obnoxious just happened at a party in Los Angeles: This guy just pulled out an acoustic guitar and killed someone with it.

Ugh, seriously? Some people just don’t know when to give it a rest.

When Taylor Merrick arrived at a friend’s housewarming party earlier this evening, he immediately started making “casual” comments about how he had a poet’s soul and liked to dabble in murder—making it clear that sooner or later, he was going to pick up the host’s Gibson guitar and brain another guest with it in a self-serving showcase of his talents. Sure enough, 20 minutes into the party, Taylor took the guitar from its stand and pounced on an unassuming party guest, bludgeoning him to death in the middle of the living room where everyone had no choice but to stop whatever they were doing and pay attention.

Wow. Major eye-roll. This guy needs to get over himself.

“Been a while since I picked one of these up,” Taylor said, feigning humility despite the fact that he was clearly proud of the way the guy had died before he even hit the ground. “I used to be much better.”

God, how insufferable. Hey, Taylor: Nobody paid for you to come into their house and kill someone with the guitar, okay? Take the night off and enjoy the party like everyone else.

Right now, Taylor is the only one talking in a room full of people, answering a question no one asked about how he first got into murder—and everyone is sitting there, pretending it was impressive that he was able to kill a man with just two blows from a guitar, when really it was just annoying. To make matters worse, he’s stated that he’s “no Jack the Ripper” at least three times already, practically begging someone to take the bait and make the favorable comparison for him. Thankfully, no one wants to give him the satisfaction.

Just unbelievable. Judging by his smug smile, Taylor clearly thinks the homicide he just performed was a treat for everyone. Hopefully the host can regain control of the party when the pizza arrives, because right now, Taylor is monopolizing all the attention and it’s getting pretty old.