Ultimate Disrespect: The White House Is Still Flying Its Flag Depicting John McCain Being Confused By A Pinecone 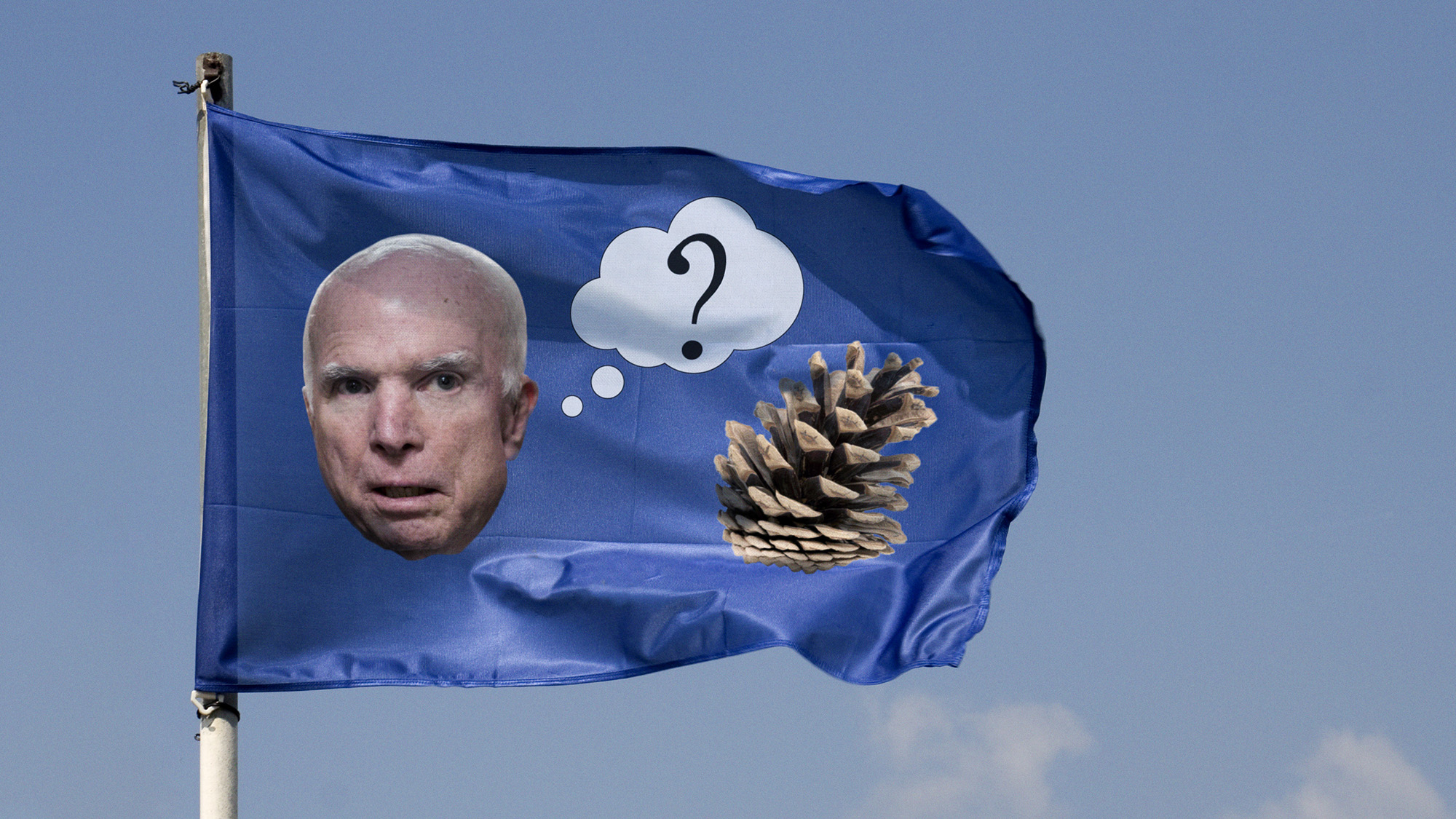 In yet another sign of the animosity that existed between President Trump and the late politician, the White House is continuing to display its flag depicting John McCain being confused by a pinecone more than 48 hours after the senator’s death.

It looks like Donald Trump is making it very clear that there was no love lost between himself and Senator McCain.

While much of the country and the press celebrates McCain’s legacy as a maverick politician and war hero who endured torture in Vietnam, the Trump administration has shamelessly insisted on flying the polarizing banner, which depicts McCain looking at a pinecone with a question mark above his head—clearly implying that the deceased Arizona senator does not understand what pinecones are or what they are for.

President Trump’s refusal to lower the flag has drawn harsh criticism from both sides of the political aisle. House Speaker Paul Ryan, a Republican, called the flag a “deeply disrespectful” affront to McCain’s legacy that “maligns his basic knowledge of coniferous trees,” while Barack Obama, who defeated McCain in the 2008 presidential election, tweeted, “John McCain and I disagreed about many things, but he definitely knew what a pinecone was, and in the time I knew him he explained exactly how pinecones worked on several occasions.”

Despite numerous questions from the press, Trump has refused to indicate when, if ever, the White House will choose to take the flag down. For the time being, it seems that the Trump administration is hell-bent on implying that pinecones left John McCain feeling bewildered. The feud between the two men rages on, even after John McCain’s passing.