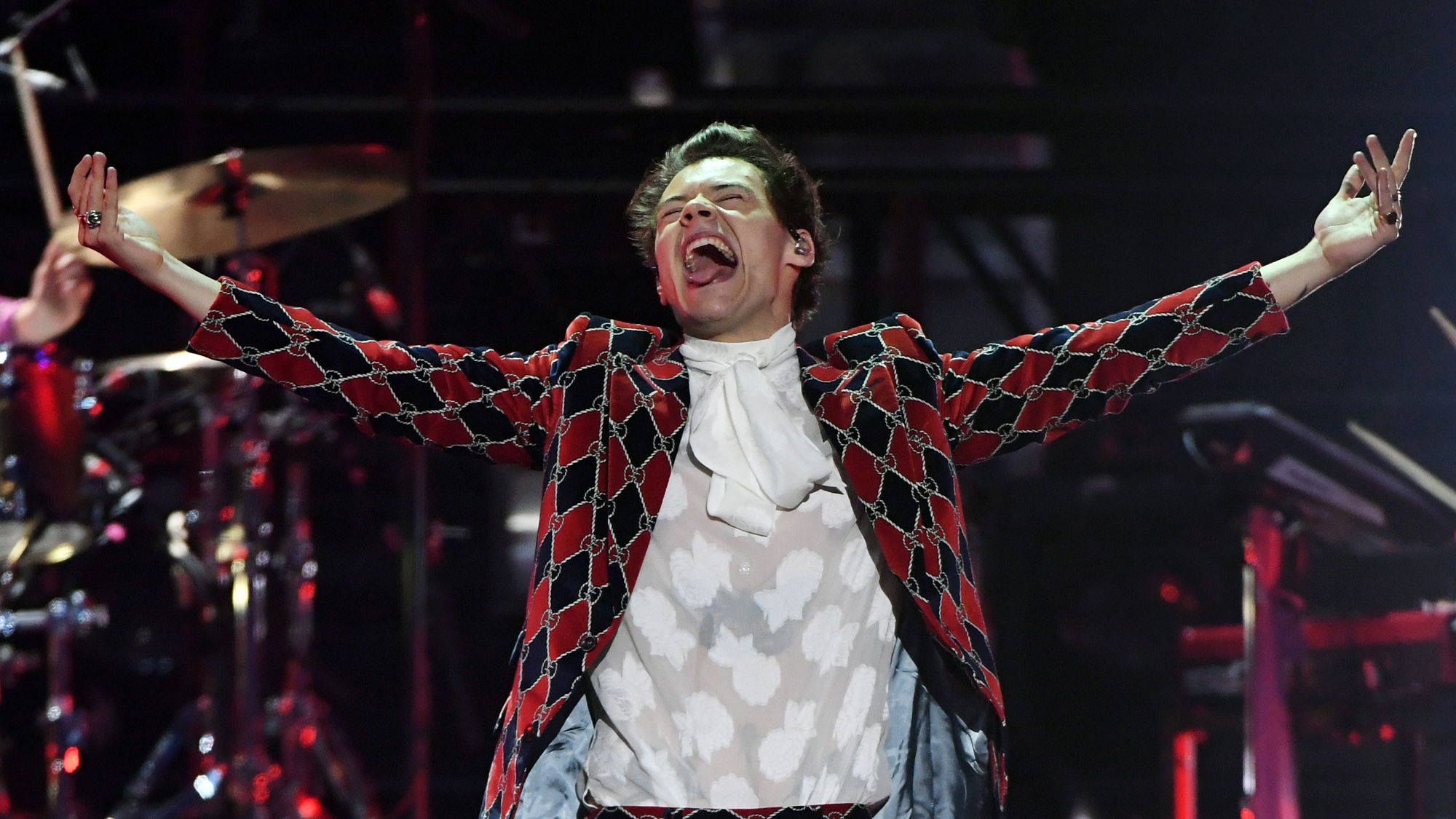 We hope you’re warmed up, because it’s time to test your endurance: We’re going to run through this list of Harry Styles five times, and you’re going to need to dig deep to make it through. Are you ready? Five laps! And…go!

All right, let’s start out nice and steady. Here’s Harry rocking a super chic, feminine look—remember, this is the first of five times you’re going to be looking at this photo, so stay relaxed and keep it moving.

Easy, now. There he is onstage.

This is a pretty drool-worthy photo of Harry Styles, but no lingering. We’ve gotta get through five laps of this! Let’s move!

When you see young Harry, you’re almost home! Let’s finish this lap out strong! This is NOT a sprint—we will be looking at TWENTY FIVE photos of Harry Styles in total! Remember to pace yourself, because the only person who can get you through this list is YOU!

And that’s lap number one. We hope you’re not too gassed, because you’re gonna want to leave something in the tank for the rest of this list. No stopping, let’s go!

This is lap two, people! Don’t forget to breathe!

Breathe in and out. One and two. Three and four. You got this!

And that’s lap two! We know you aren’t tired yet!

Let’s start lap three. You’re almost halfway there. This is going to start getting tough. Do NOT give up! You CAN look through every single Harry Styles pic on this list!

You’ve been here before and you can do it again! Yas Harry!

That’s lap three. Now it’s time to put your endurance to the test! These next two laps are about GRIT. They’re about FOCUS. You are READY for these Harry Styles pics!

Don’t click to another tab now! You’re almost there! You can look at five pictures of ANYTHING if you give it your all!

This is it. Lap five. This is where the men are separated from the boys.

Think about who you’re doing this for. Your parents. Your kids. Yourself five years from now. Think of yourself proudly telling that person, “I looked at every single one of the Harry Styles photos on that list,” and keep scrolling.

Almost there! Remember, now you can go about the rest of your day knowing that you’ve looked at this Rolling Stone cover of Harry Styles five times! That’s a good feeling!

You did it! Way to hang in there. Five whole laps around a list like that is pretty impressive. Now, go ahead and take some time to cool down now—maybe look at a few blank internet windows or your email. You earned it!