Undaunted: This Trailblazer Is Already Comfortable With Letting His Face Touch The Couch That Came With His Apartment After Only 3 Days Of Living There 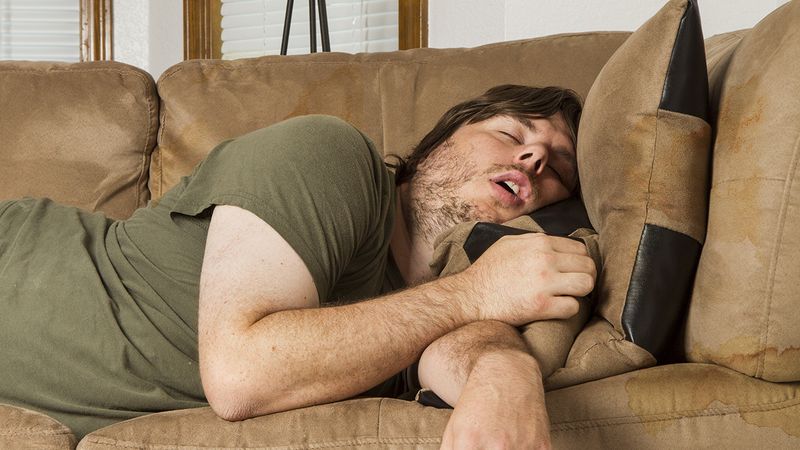 When they moved into their new three-bedroom apartment, Marcus and his roommates agreed that they were going to steer pretty clear of the couch that the previous occupants had left them until they could give it a deep clean, because god knows what might be on there. But Marcus has since demonstrated that he’s a true trailblazer by letting his face touch the couch just three days after moving in.

Absolutely incredible. If only we were all that bold!

While Marcus was fully aware of the stains, burns, and bits of crust that pockmarked the surface of the couch, he was completely undaunted by it as he lay down sideways to hunker down for an episode of Fear The Walking Dead. Not only was his cheek pressed right up against the arm of the couch through the episode’s entire 42-minute run time, but just hours later, the daredevil was back for an afternoon nap, breathing in more of whatever weird dust or the dried skin from complete strangers might be in the cushions with every snore.

And if you weren’t convinced he’s got a spine forged from solid steel, get this: When his roommates called him out on it, he calmly responded that it was “totally fine” and “actually a completely good couch.” Now that’s what real courage sounds like, especially in the face of a stain as big and dark as the one that couch sports!

Marcus’ daring and decisive action hasn’t just marked him as a trailblazer; it’s put him days ahead of his fellow roommates, too. Even having witnessed Marcus brazenly forge ahead, they’re still holding off on touching the couch too much until they can do a Target run for one of those big sheets to throw over it, which, given their schedules, would be next week at the very earliest. These meeker men even entertained talk of just curbing this couch in favor of a clean new IKEA model, a couch the intrepid Marcus has declared he will not kick in for because he’s totally down to just keep this free one, even though the previous owners totally looked a little scuzzy and clearly had a pet of some kind.

We need more souls like yours out there, Marcus. Share if this story inspires you to push harder, reach further, and dream bigger!