Undeserving Shits: Most Of The Courtside Seats At This Knicks Game Are Occupied By Children 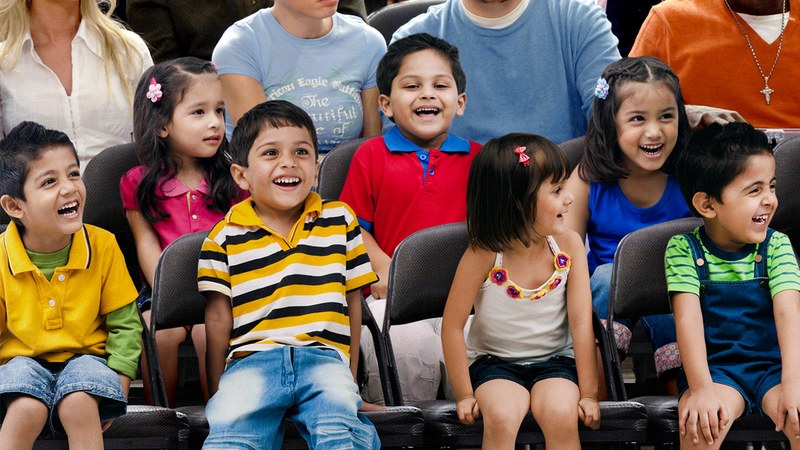 Every now and then, you’ll see some straight-up bullshit that reminds you that there is no justice in the world. But of all the completely unfair nonsense that’s out there, here’s something that’s sure to take the cake: Tonight at the Knicks game in Madison Square Garden, most of the courtside seats are occupied by children.

Um, seriously? Fuck these kids. Those seats are expensive as hell!

These goddamned entitled semi-toddlers just got to waltz right into the best seats in the whole stadium during tonight’s game between the Brooklyn Nets and the New York Knicks even though they haven’t done a single thing in their lives to deserve that immense luxury. This is a game that long-time fans of both teams have been anticipating for weeks, and yet pretty much every courtside seat is currently occupied by a bratty kid who couldn’t give less of a shit about who wins or loses. It’s a fucking travesty.

Seriously, how is this allowed to happen? These little dipshits have the greatest athletes in the world duking it out just a few feet away from them, performing world-class feats of physical strength and coordination, and they’re all staring at their iPads or shoving hot dogs into their mouths while their eyes glaze over. Hey, kid, here’s an idea: Wipe that smile off your face and watch the damn game. There are people who would kill to be where you are right now, and you’re acting like sitting in a $5,000 seat to watch Kristaps Porziņģis in his prime is some tedious chore that you could do any day of your life.

Jesus Christ, one of them spilled their food on the court and started crying. Kid, you’re sitting in a courtside motherfucking seat. Shut the fuck up.

It’s safe to say that this is completely infuriating and there should be a law against it. Not only is this a huge slap in the face to every adult in the stadium who would appreciate the game way more than these undeserving little shits, but it’s just flat-out wrong to throw those amazing seats away to a bunch of children who don’t even understand what’s going on. The world is inherently evil and broken beyond repair, and those little fuckers sitting courtside at the Garden are living proof.