Unforced Error: Elmer’s Glue Just Released An Extremely Body-Negative Series Of Ads As Part Of A New ‘Only Perfect 10s Use Elmer’s’ Campaign 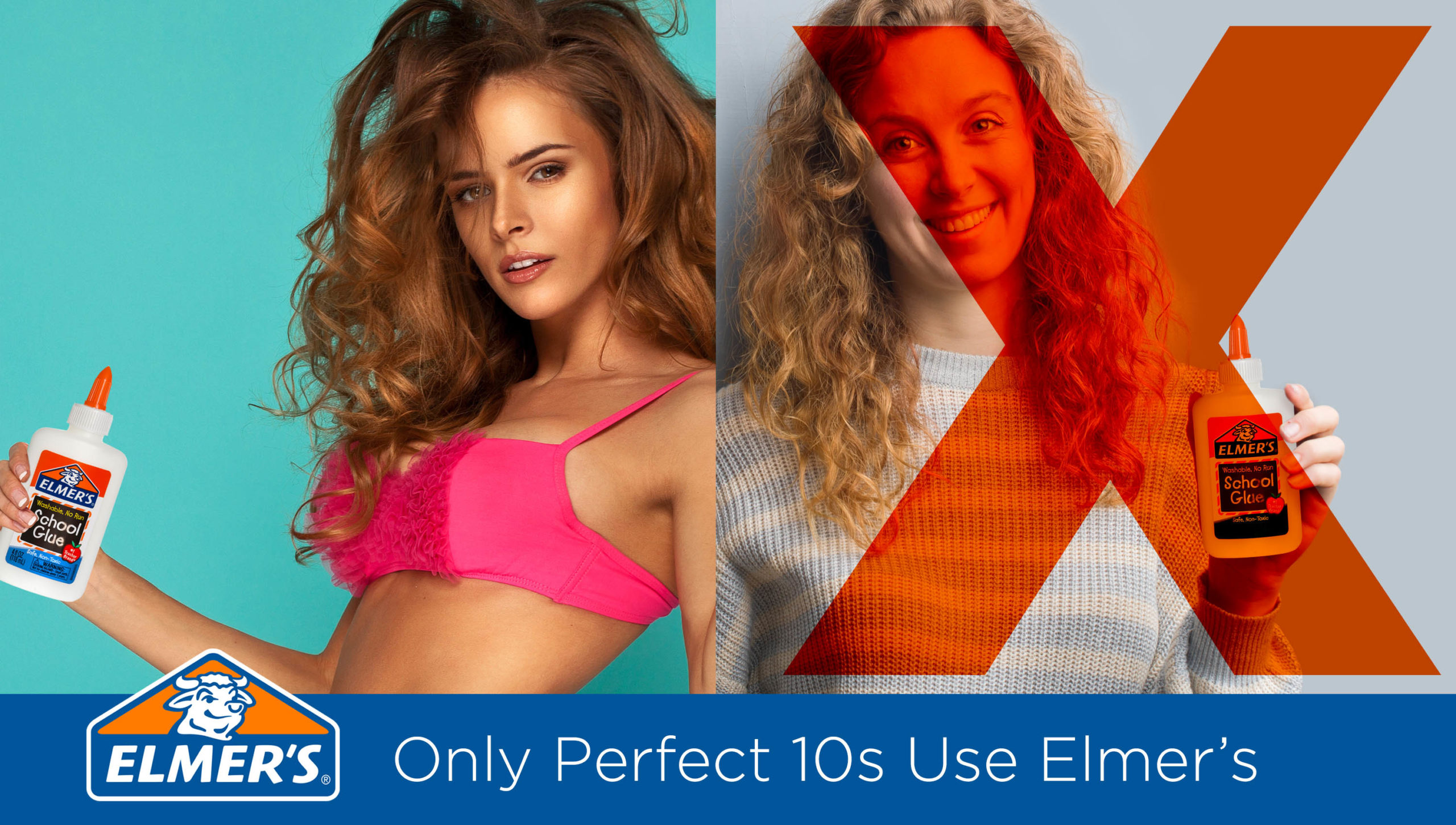 Marketing is a tough business, but one company just made such an egregious step in the wrong direction that you can’t even really feel bad for them: Elmer’s glue just released an extremely body-negative series of ads as part of a new “Only Perfect 10s Use Elmer’s” campaign.

Yikes. It’s safe to say no one was asking for this, Elmer’s.

Earlier this week, Elmer’s received immediate backlash after launching a new campaign with print ads depicting an underwear model slapping a bottle of Elmer’s glue out of the hands of a regular-looking woman, accompanied by the slogan “Only Perfect 10s Use Elmer’s!” The campaign also features several TV spots, including one in which a frumpy-looking man tries to purchase a bottle of Elmer’s while a group of beautiful cashiers scream “No Elmer’s for you, uggo!” and blast him with pepper spray. Another commercial stars scantily clad supermodel Emily Ratajkowski, who details the strict diet and exercise regimen she follows in order to stay “beautiful enough to deserve America’s favorite glue”and urges viewers to “not hesitate to get plastic surgery” in order to have looks worthy of Elmer’s.

Wow. For a product that has nothing to do with physical appearance and is primarily used by children, the body-shaming tactics in this ad campaign really seem unnecessary.

Despite facing a barrage of criticism, the adhesive brand has only doubled down on the new slogan, posting a poll to Twitter earlier today with a photo of a balding, middle-aged man accompanied by the question, “Do you think this dumb, bald fuck is attractive enough to use Elmer’s glue?”—the only two possible responses to which were “No” and “Fuck no.” The company also updated their Twitter bio to read, “Elmer’s is committed to providing high-quality school and office supplies to people with FLAWLESS bodies only!”

Yeesh. What the hell, guys?

Elmer’s needs to take a second and realize that the body-positivity movement is here to stay, and they might want to get on board with it if they don’t want to destroy their reputation. But how do you feel about Elmer’s new “Perfect 10” campaign? Let us know in the comments!