Unlucky In Love: 4 Times Regis Philbin Got Voted Off ‘The Bachelorette’ In The First Episode Of The Season 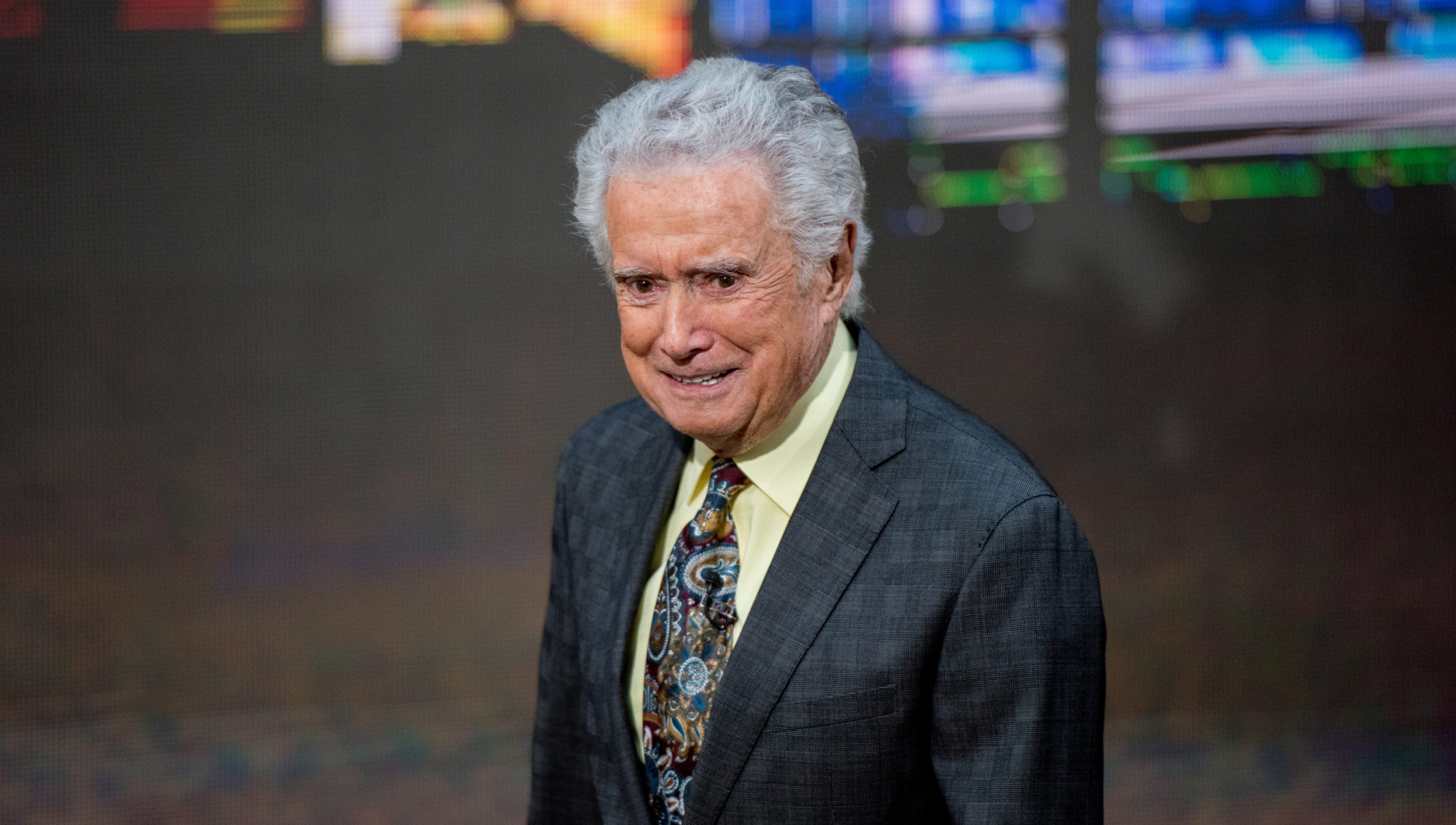 Every man who appears on The Bachelorette hopes to make it to the final episode and propose to that season’s leading lady. Unfortunately, Regis Philbin has never had the chance to do so, as he has been voted off the show in the first episode of the season four different times.

As soon as Regis Philbin stepped out of his limo and began walking toward Bachelorette Jen Schefft in the Season 3 premiere, it was clear that he was not long for the competition. Regis gave Jen a hug and exclaimed, “Hi, I’m TV’s Regis Philbin. Have you ever seen Who Wants To Be A Millionaire?” She nodded, to which Regis said, “Well I hosted that, and now I am here along with 30 other men to date you.” He then launched into an earnest confession, saying, “You should know that I am married to my lovely wife, Joy, and you will never compare to her in my eyes.” Jen replied that if Regis was married, it would be best for him to get back in the limo and head home, but the evidently disappointed Regis resisted, claiming that he had to be let into the house to use the bathroom. Eventually, though, host Chris Harrison intervened and forced a tearful Regis to leave. Regis could be heard muttering “I still need to use the bathroom,” under his breath as he walked back to the limo.

Regis waited seven years before returning to The Bachelorette, and it was apparent that he’d spent that time rethinking his strategy. As he explained during his one-on-one with Bachelorette Emily Maynard, “I used to be Regis on LIVE! With Regis And Kelly, but Michael Strahan will be playing Regis while I am away. That means I have a completely free schedule to be your man!” Emily politely responded, “That sounds nice,” which prompted Regis to tell her about how he had survived angioplasty, hip replacement surgery, and having a blood clot removed from his leg, all of which made him “stronger as a man and mate.” Unfortunately for Regis, this speech was not enough to earn him a rose, and when he was one of the three men who didn’t receive one at the end of the night, he broke down in tears. “Is it because I’m Regis Philbin?” he asked, to which Emily said, “Not exactly.” The episode ended on a confessional in which Regis said, “I can’t believe this. I was never voted off LIVE! With Regis And Kelly, not even when I took a day off for my angioplasty.”

When Regis returned to the show in 2016, he was clearly very focused on impressing Bachelorette JoJo Fletcher. “I’m Regis Philbin. I am in love with you. Here is one million dollars,” he said during his entrance before handing her a wad of cash. “I am the man for you,” he continued. “I’m going to go inside now.” Regis then even managed to have a fairly successful one-on-one with JoJo during which he explained that the fact that he already had a wife and kids was simply evidence that he had experience as a top-notch husband and father. Unfortunately, Regis proved to be his own worst enemy at the rose ceremony, when he pulled a crumpled rose out of his pocket and snuck over to stand with the other men who’d received them. JoJo noticed and quickly called him out for it, but Regis claimed that she had given him the rose. JoJo insisted that he go home, at which point Regis got down on one knee and proposed. The episode then cut to a talking-head shot of Regis sobbing wordlessly.

Regis’s desperation to survive beyond the season premiere was obvious when he appeared on this 2019 season of The Bachelorette. Regis was suspiciously absent during the night’s activities, and when it was time for the rose ceremony, he was still nowhere to be found. Bachelorette Hannah Brown wandered around the grounds of the mansion searching for him, and eventually followed a trail of lit birthday candles toward a shed, where she found Regis lying across some bags of mulch. “You’ve found me! Already waiting for you in the Fantasy Suite!” he exclaimed. Hannah shook her head, saying that the Fantasy Suite is a room inside the house that you have to be invited to. “You did invite me,” he insisted, holding up an index card with the handwritten words, “Join me in the Fantasy Suite tonight, Regis Philbin. I have been in love with you since I first saw you on Who Wants To Be A Millionaire. — Hannah Brown.” When Hannah said that it was clearly something he’d written himself, he began to cry, and when she asked him to leave the show, he began to cry even harder. After that devastating scene, the episode cut to the delayed rose ceremony, where Regis was notably not present.