Unquestioned Alpha Of The Bathroom: This Guy Has BOTH Hands Up On The Wall Over The Urinal And Is Letting Loose A Kingly Sigh While Taking An Absolutely Marathon Piss 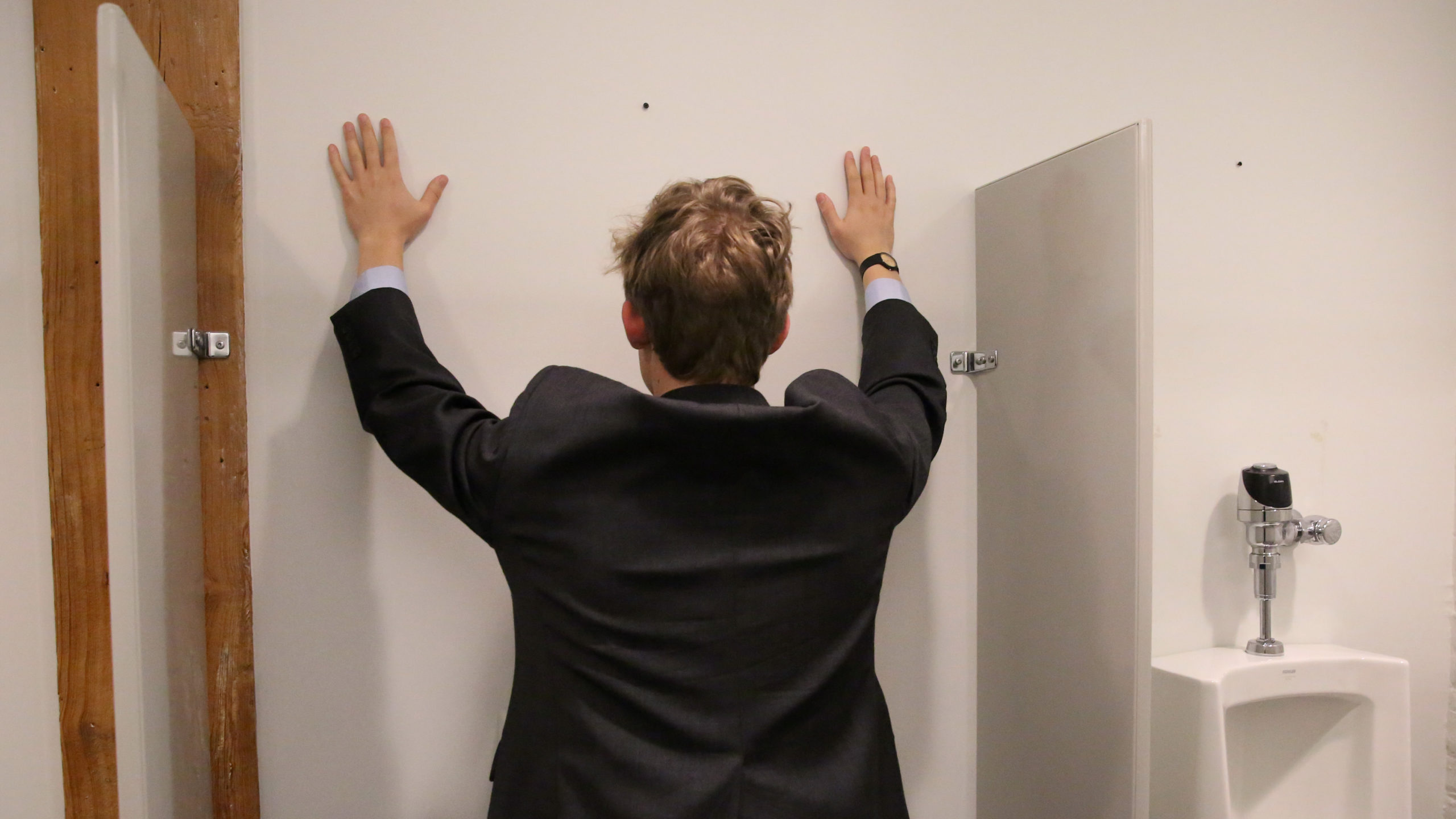 If you were wondering who exactly is the head honcho of this restroom, look no further, because we’ve officially found him: This guy has BOTH of his hands up on the wall over the urinal and is letting loose a kingly sigh while taking an absolutely marathon piss.

The unquestioned Emperor of All Toilets has mounted his American Standard throne, and as he produces his deafening bellows and his robust stream of urine, he establishes his complete and total sovereignty over this men’s room.

With his thunderous sigh of relief rebounding off the wet tile floor and BOTH hands braced against the bathroom wall like Superman stopping a plane from crashing, this absolute stud has forever laid to rest any question of just who runs things in this bathroom. He is the Washroom Caliph, unafraid to get BOTH hands involved as he stands astride the urinal. His legs are spread so gloriously wide that he is essentially blocking the two adjacent urinals—further proof that he is this bathroom’s unrivaled apex predator!

Anyone who enters this restroom will immediately know they’ve entered a true alpha dog’s territory and will have no choice but to accept that the sounds of their own comparatively dainty stream will be handily drowned out by the deific moan and whitewater rapids of urine flowing forth from the man at the top of the piss chain several urinals over.

The betas of this bathroom must be trembling in fear, for the sound of their meager urine streams are drowned out entirely by the roaring torrent of this alpha sultan’s geyser of piss. Lesser men cannot even hope to put even ONE of their hands on the wall above the urinal, because they must clutch their penises like cowards in order to direct their woefully brief piss streams, yet this god among men has BOTH his arms planted on the wall above him not unlike a frenzied grizzly bear standing on its hind legs to intimidate a male challenger.

As he throws his head back and lets forth another deific moan, he makes clear to any and all that in this men’s room, he is the man at the top of the piss chain!

So let it henceforth be known: Every square inch of this bathroom belongs to this guy. This is his kingdom for as long as his marathon piss lasts, and by the sound of it, the end of his reign is nowhere in sight. All the pathetic, lesser men who dare to quietly relieve themselves in this guy’s domain must bow to the chief and stare in awe at the presence of BOTH of his hands placed triumphantly upon the wall above his blessed urinal. He is the King of the Endless Piss. Long may he reign.