Vacation Ruined: 5 People Who Seemed To Know Dad Really Well When We Accidentally Wound Up In Amsterdam’s Red-Light District 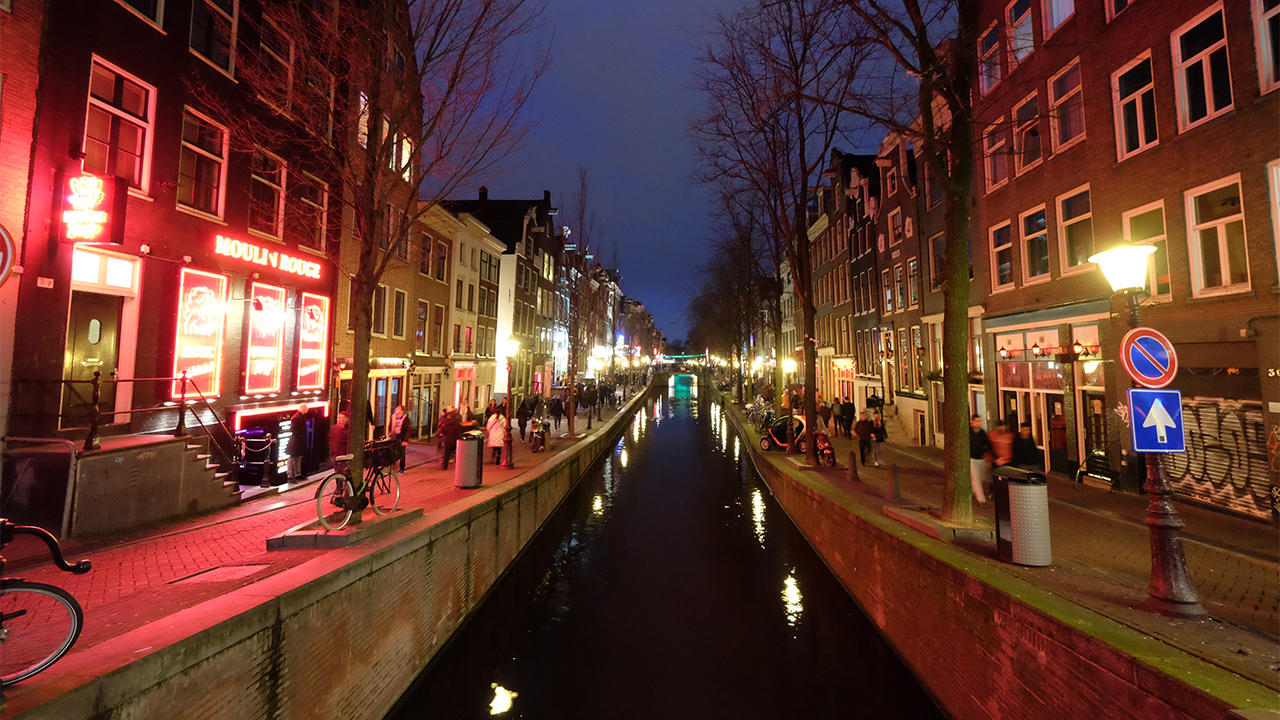 Vacation was going pretty well until we ran into these five people in the red-light district who seemed to have some sort of elaborate past with Dad, which sucks so bad.

1. A prostitute who did some kind of complex, flirty-seeming handshake with Dad that looked practiced: Within moments of everyone realizing that the cab must have dropped us off at the wrong spot on our way to the Van Gogh Museum, a prostitute was making a beeline straight toward us. Once she got over to Dad, without missing a beat, the two of them started doing this complex secret handshake. It was weird as shit. They were doing a bunch of slaps, palm slides, fist bumps and explosion parts at the end, all in front of the whole shocked family. They kept kind of messing up, and every time it happened the sex worker would playfully hit Dad on the arm and laugh. Eventually they wrapped up the whole thing, and she gave Dad a hug and said in a thick-ass Dutch accent, “Ugh, I miss you.” So if you’re doing the math at home, this all seemed to add up to Dad somehow knowing this sex worker, and well enough to have a go-to flirty handshake. And it was pretty clear that when Dad said “Strangers are so nice here” after, he was just trying to cover. While the whole interaction was pretty vague, it left us all feeling weird enough to contribute to a ruined vacation.

3. A cop who pretended to arrest Dad because he’s a Manchester United fan, which we didn’t even know: This one was straight-up scary at first, but when it became clear that the two knew each other in some weird way, our fear was replaced by a knowledge that vacation was 100 percent ruined. As we were walking through the red-light district in search of a cab, a cop came up from behind Dad and grabbed him by the arms like he was going to cuff him. But when Dad looked around and saw who it was, they both started laughing and hugged. The cop said to Dad, “I’ll let you go this time, but any fan of the Red Devils deserves to be behind bars,” to which Dad responded, “Glory, glory Man United.” This shit made absolutely no sense because as far the family knows, Dad doesn’t even watch soccer. Also, if you’re a Man U fan, don’t you have to wake up at, like, 7 a.m. to watch games sometimes? Has Dad been doing that? That would have been bad enough, but then the cop said, “Never thought the Yankee Pounder would settle down!” and laughed. It takes a pretty generous interpretation to assume that was all a misunderstanding, and that “Yankee Pounder” is referencing the fact that Dad was a little heavier when he was younger, but we’ve got to cling to that sliver of hope. Jesus Christ.

4. A second prostitute who pointed at Dad, did an air-bass-guitar motion, and said, “We gotta get after it again soon”: We were continuing to find our way out of the red-light district when the sound of someone banging on a window next to us got our attention. When we turned to look, we saw that there was a prostitute behind the glass directly to our right who was looking at Dad and doing an air-bass-guitar motion with her hands. Her voice was pretty muffled from the other side of the window, but I think she said something along the lines of, “We gotta get after it again soon!” When I looked over at Dad to see his reaction, he was smiling and doing a weird air-bongos motion right back, and then gave her a thumbs-up. Unreal. The only assumption to be made here is that Dad and this sex worker have a history of jamming together sometimes. Looks like Dad plays the bongos, too, which no one in the family was aware of. Also seems like these two must have played reggae or something weird like that. This one sucked.

5. A barista who tossed Dad a piece of some kind of pastry that Dad caught in his mouth: Just as we found a cab that would finally get us out of the red-light district, some barista came out of his coffee shop and did a weird whistle that Dad must have recognized, because he turned around right away. Once they were facing each other, the barista tossed a little piece of muffin or whatever toward Dad’s head and Dad caught it in his mouth. Unbelievable. While Dad munched his tossed food, the barista lightheartedly yelled out, “I’m adding that one to your tab!” to which Dad responded by jokingly pulling out his empty pants pockets and shrugging. So, clearly, these two must know each other pretty well. Tossing food into someone’s mouth takes chemistry, and is basically impossible to do with a stranger on the first try. After this awful interaction, everyone got into the cab, and we finally drove away. Absolutely brutal.