Vindication At Last: After Years Of Doctors Dismissing The Loud Clanging Coming From Inside This Woman’s Breasts, They Finally Discovered It Was Some Pots And Pans Banging Around In There 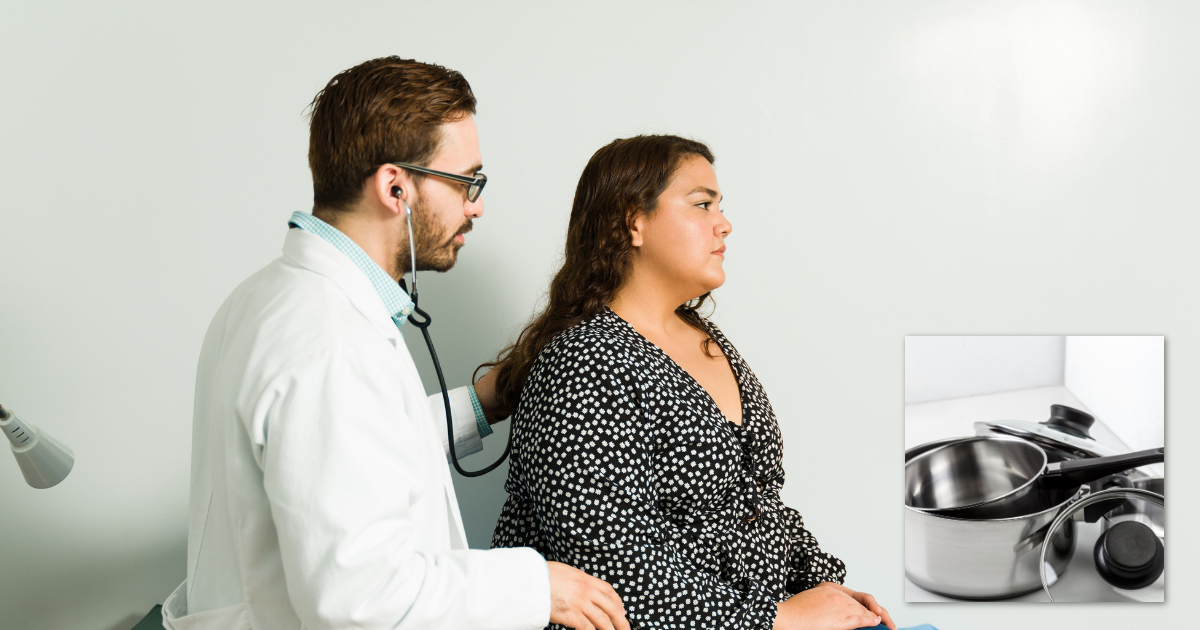 If you’ve ever felt like your doctor wasn’t taking you seriously about a medical issue you were suffering through, you’re going to want to read this: After years of being told the loud clanging coming from inside her breasts was nothing to worry about, this woman’s doctors discovered it was some pots and pans banging around in there.

Doctors, take note. It looks like women DO actually have a pretty good idea of what’s going on inside their own bodies.

When 33-year-old architect Luisa Fernandez first mentioned to her doctor that she had recently been hearing a cacophony of nasty metallic sounds coming from inside her breasts, he dismissed her concerns and essentially implied that she was making the whole thing up. But her instinct told her something was seriously wrong.

“The sound coming from inside my breasts was like a bucket of silverware falling down a concrete staircase, but the male doctor who examined me was dismissive” said Fernandez. “He listened to the clanging for all of two seconds and said it was probably just hormones. The best he could do was tell me to buy a pair of earplugs to help with the noise.”

But the clangor coming from inside Fernandez’s breasts continued, affecting her focus at work and making it difficult for her to sleep through the night. She continued to press her doctors to get to the bottom of what was causing the jarring bangs coming from her chest, which to her sounded like some pots and pans. Despite insisting that the loud clanks were causing her great discomfort, none of the specialists she visited seemed terribly concerned. “I’d tell them that I was unable to watch TV due to the nonstop sound of stainless steel tumbling around in my chest, and they’d say that it was probably just gas or a side effect from my birth control,” said Fernandez. “When I asked if they could just check and see if there were any pots and pans banging around inside there, they’d act like I was some hypochondriac who spent too much time on WebMD. I was forced to reduce my hours at work and spend thousands of dollars on noise cancelling headphones to deal with the racket coming from my breasts, and there wasn’t a doctor out there who stepped up to help.”

Finally, after years of being ignored by practically every physician she discussed the chronic clanging with, Fernandez found a new general practitioner who took the time to listen to her concerns and entertain her belief that her issue might indeed be caused by some pots and pans banging around. A simple X-ray revealed that sure enough, Luisa’s instinct was spot on. Her doctor immediately scheduled an outpatient procedure to remove the six total pots and pans from inside her breasts, and she has been clang-free ever since.

Awesome! Way to stick to your guns, Luisa! You were right the whole time.

Luisa’s story is a great reminder that sometimes you have to be your own greatest advocate. The medical establishment often minimizes the concerns of marginalized groups, and until things change on a systemic level it’s important to remind people that they have a right to continue to press their doctors until they feel heard. Here’s hoping that Luisa can now live a long and happy life, free from the totally curable clanging that affected her for so long.