Way Too Fucking Soon: The Cast Of ‘Angie Tribeca’ Just Came Together For An Incredibly Emotional Reunion 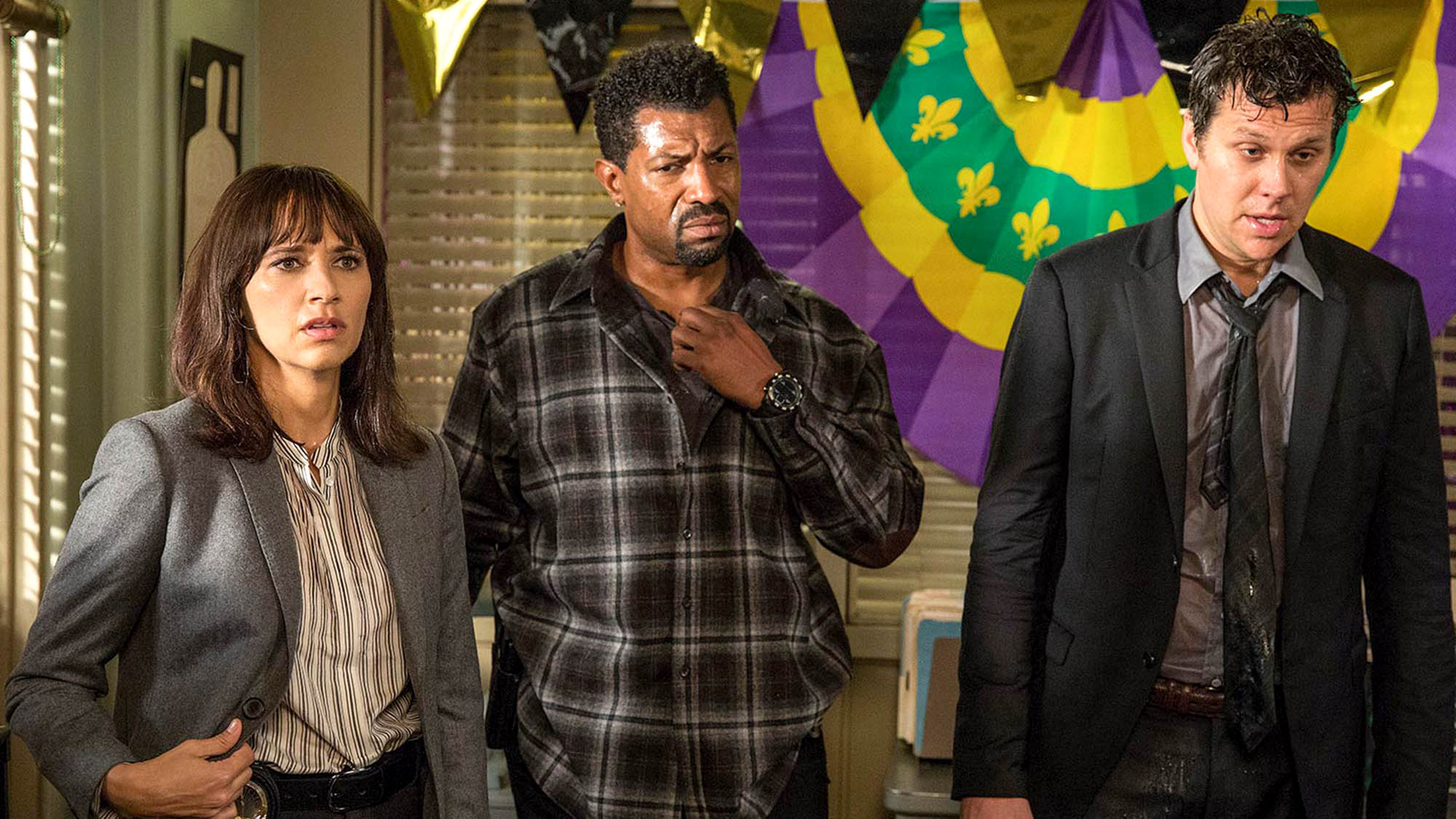 Sitcom cast members from shows like Full House, The Fresh Prince Of Bel Air, and Boy Meets World have reunited on TV years later to rapturous reactions from fans, but recently, a group of actors tried to cash their nostalgia chips in way, way too soon: The cast of Angie Tribeca just came together for an incredibly emotional reunion.

Jesus Christ, guys. The show got cancelled what, a few months ago? This is humiliating for all involved.

The Angie Tribeca cast got together on The Tonight Show With Jimmy Fallon to spend 20 tearful minutes reminiscing and telling stories about their time working on the police procedural, which aired for four brief seasons on TBS between 2016 and 2019. The reunion began when Jimmy brought out stars Rashida Jones, Hayes MacArthur, Deon Cole, and the rest of the cast one by one as their fellow cast members stood with tears in their eyes and their hands over their open mouths, rushing to embrace one another as they could be heard whispering, “What’s up, you old joker?” and, “It’s been too long,” acting like old friends reuniting for the first time in decades instead of former coworkers who just saw each other in May of this year on the set a TV show that most of the audience members probably didn’t even realize was off the air yet.

Jimmy then surprised the group with a photo from the show’s first day of shooting a mere three years before, at which the cast members all gasped, some of them doubling over in laughter as they cracked jokes about everyone’s younger looks—despite the fact that a casual observer probably could not have told the difference between them at the current day versus in the picture.

Good God. What a painful spectacle.

As the segment went on, Fallon read responses from the Twitter hashtag #MyAngieTribeca, where fewer than 15 viewers wrote in about memories they had of the show, most of which were lukewarm statements like, “My friend showed me Angie Tribeca back in 2017,” and, “I think they had Aaron Carter on an episode at some point last year.” In the climax of the segment, Jere Burns even broke down crying at the tepid responses, muttering to himself, “It was a different time…we were so innocent…” The cast members were all moved to tears and assured one another that they would never let this much time pass before getting the Angie Tribeca gang together again, all while the people in the Tonight Show studio audience apathetically looked at their phones and tried to figure out when they could leave.

Yikes. This was truly an uncomfortable display. For a reunion this over-the-top, the Angie Tribeca cast definitely should have waited another five years at the absolute minimum. Let’s hope we don’t have to watch another embarrassing spectacle like this one for a good long time!