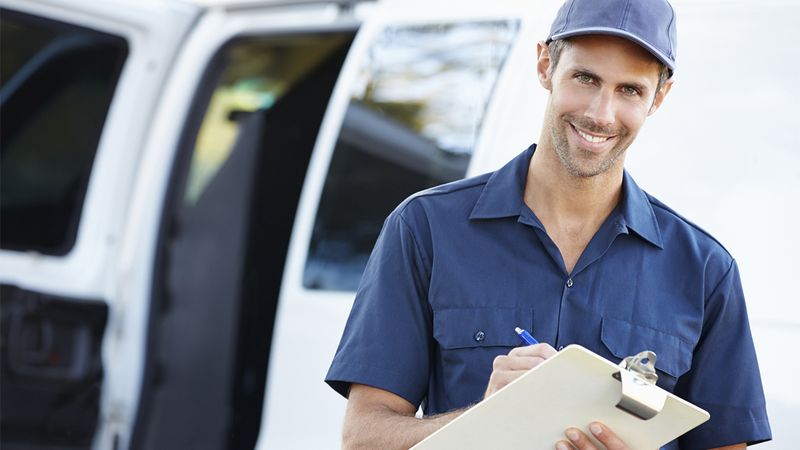 Twenty-two exterminators open up about the most remarkable things they’ve encountered on the job.

2. Doug Gaulbaugh – “I’ve seen some pretty big anthills. Is that what you mean?”

5. Mark Klukavy – “I’m not sure if you have a solid grasp on what being an exterminator entails.”

6. Vincent Crabtree – “I mean, I’m not really paying much attention to the bugs when I spray them, so I don’t know.”

8. Lou Thompson – “I don’t think this job is as interesting as you’re making it out to be.”

10. Bill Dupler – “Wish I had something interesting to tell you, but can’t say that I do.”

11. Eddie Pritchett – “I remember a while back there was this roller rink that had a bit of a beetle problem, and the county said they couldn’t let any kids in to skate until they’d gotten rid of all the beetles. They hired me to come take care of the issue, and the night before I’m supposed to come out, a fucking beetle shows up at my house and starts fucking talking to me. His voice was loud and clear, but you could tell it was coming from a bug too. The little bastard says, ‘I come to you in peace. I am the great philosopher Coleoptus, ambassador of the Sovereign Elytra Commonwealth. Many centuries ago, a council of our elders prophesied that a human called Edward would one day be born, and in the 44th year of his life, he would be chosen by his fellow men to poison our families and lay waste to our peaceful civilization. We believe that you, sir, are the Edward from the prophecy, and I have come here to plead with you to abandon your Great Extermination of our citizens and cul—’ SMACK! I squash the little shit before he can finish his piece. Who the fuck does he think he is to come to my fucking house and tell me how to do my fucking job? He really pissed the hell out of me, so the next day I show up to the roller rink and just go fucking Rambo on those beetles. I find them all gathered together in this huge fucking den in the building’s crawlspace—thousands of the fuckers—and they’re all wearing warpaint on their wings and shit, as if they think they have a fucking chance against me. Fuckin’ dipshits. I just laugh and spray the absolute bejesus out of them with the strongest chemicals I’ve got—like, shit you could use to euthanize a fucking bear—and every one of the bastards dies on contact. After the poison clears, I come back to poke around their den and make sure there are no survivors, and it’s actually a pretty impressive setup they’ve got. There’s little houses and shit; there’s a cathedral-lookin’ thing; there’s, like, a fucking monorail made out of a little Lego car and some electrical wire; there’s an honest-to-God mausoleum. They really had their shit together. But, whatever. I killed them. Fuck ’em to hell.”

12. Rodney Kanyer – “I’m not sure I understand the question.”

13. Josh Ullman – “I found, like, a thousand roaches behind an oven once, but I wouldn’t really call that ‘advanced.’”

15. Ron Neely – “You know Seattle? It was basically that, but for bedbugs. A little Space Needle; a little Seattle Aquarium. Tiny as hell. Stomped it a couple times with my work boots, sprayed some poison, and that was that.”

17. Gordon Barker – “Hmm. I mean, ants are sort of fascinating if you read about them, but I can’t recall encountering any that were particularly noteworthy.”

20. Ned Lyman – “A lady called saying she had some sort of infestation in her guest room, but she didn’t know what it was. So I go to her house, scope out the guest room, and, lo and behold, there’s nothing to be found. No insects; no nothing. She’s very adamant that there’s something going on, though, so I figure, hey, maybe there’s something in the heating vents. She’s got one of those older houses where the heating vents are up by the ceiling, and unfortunately, I don’t have a ladder, so I have to climb up on the bed and stand on my tiptoes to take a look. I scope out the vent with my flashlight, and nothing seems to be out of the ordinary, but I notice that the bed underneath me is starting to vibrate a little. So I climb down and take a closer look at the bed, and—holy fuck—it’s not a bed at all, but rather a massive, living slab of moth cocoons. My guess is that some moths got inside the mattress and started devouring it from the inside out while gradually producing millions of offspring to fortify the structure and ultimately assume its shape.

“I really didn’t know what to do with the thing, but I couldn’t just leave the lady to deal with it on her own. So, with no real game plan, I grabbed a rolling pin from the kitchen and just started whacking the hell out of the thing. One whack after another. I’m putting huge dents in the outer cocoon layer, and with each blow, hundreds of pissed-off moths are swarming up into my face. Through the geyser of frenzied moth wings, I can see that I’ve exposed some sort of remarkable moth society with tunnels and farmlands and strange luminescent orbs from which moths are guzzling nectar. I can also see that there are three or four gigantic moths—each the size of fruit bats, if not bigger—that seem to be tethered down against their will. Then I notice that something really sinister is happening: The smaller moths are climbing into the gigantic moths’ thoraxes and extracting those weird luminescent orbs—I suppose they’re their eggs or something—and the gigantic moths are shrieking in agony. They sound like loud, out-of-tune harmonicas.

“Before I have a chance to process what’s going on, a few thousand moths coalesce behind me and use their collective momentum to push me down onto the ‘bed.’ I immediately try to get back up, but I can’t—hundreds of little moths are spinning silk around my wrists and tethering me down, just like they’ve done to the gigantic moths. Then they start rapidly devouring the pants right off my legs, and suddenly, it dawns on me: They think that I’ve got the glowing orbs inside of me too, and they’re going to try to forge their way in by any means necessary to harvest them. At this point, I’m just shaking my head like, fuck. Luckily, just as I begin feeling dozens of little prickly antennae poking at my asshole, the lady who owns the place barges into the room and starts screaming. This distracts the moths, and they all start swarming her way, giving me the chance to rip my arms and legs free and get back on my feet. I realize it’s only a matter of time before the moths overpower both the lady and me, and I know I’ve gotta do something quick.

“I remember that moths are attracted to light, so I flick on my flashlight and point it at the swarm. Immediately, the moths stop harassing the lady and silently turn my way, transfixed. Then the whole lot of them—probably 10,000 moths in total—start slowly hovering near the flashlight. Got ’em. Holding the flashlight out in front of me, I cautiously back out of the room and down the hallway, and the moths follow. I lead the swarm into the kitchen, open the oven, and toss the flashlight in. The thousands of moths rush into the oven to be near the flashlight, and I close the oven door behind them and crank the dial to 500 degrees. Then, as the heat starts to climb, the moths slowly and excruciatingly begin burning to death. Their chorus of screams haunts me to this day.

“Anyway, that was probably the most advanced bug civilization I ever had to destroy.”

21. Kevin Cedillos – “Never been asked that before. Can’t say I’ve got an answer for you.”

22. Manuel Garcia – “What do you mean by ‘bug civilization’? They’re not civilized. They’re bugs.”