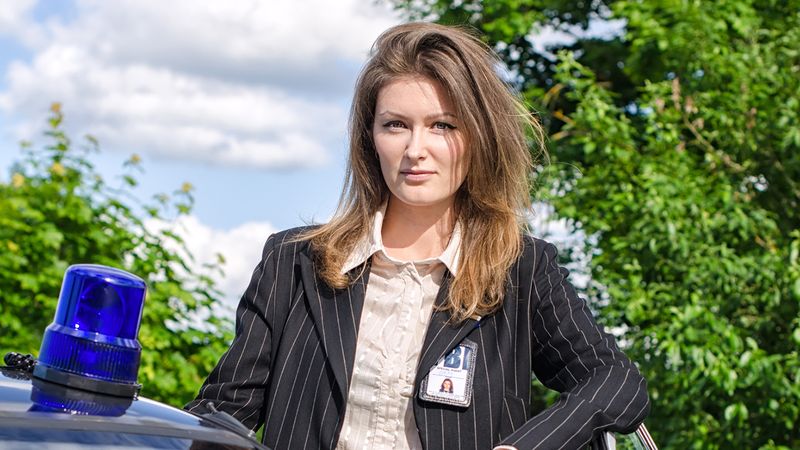 Twenty-two FBI agents. One simple question: “What’s the biggest plate of crab legs you’ve ever had to eat to establish your cover?”

2. Alvin Weiss – “That’s not really a part of undercover work.”

11. Cory Goldman – “Manuel Blanco was this mid-level guy in the Medellín Cartel’s shipping operation, back in the ’80s when they were making a push into Miami. Moving cocaine, mainly. I was posing as a street-level dealer trying to make my way up the ladder, and I got myself a meeting with him. It was me and this go-nowhere dirtbag, Arthur something, there for our audition, basically. Manuel invites us into his big fucking Miami Beach mansion, marble statues and everything—straight out of Scarface—sits us down, pours us rum, and then waves in his cooks, who’re hefting the biggest silver platter I’ve ever seen in my life, and it’s absolutely fucking heaped with boiled Alaskan red king crab legs, best in the world. We’re looking at, like, $2,000 worth of crab. Manuel claims his freezer crapped out, says it would be such a shame to let such a delicacy spoil, and tells us to dig in. Right away, I know this isn’t a crab thing, it’s a loyalty thing. Manuel’s eating a bit, but mainly he’s watching us. Looking for weakness. I’m bracing for the long haul, pacing myself. Not going after the joint meat, taking it easy with the butter. Arthur, though, the dumb son of a bitch, he tears in like a hyena, the whole time running his mouth about one dirtbag thing or another. Twenty minutes in, I’m still going strong, but he’s tapping out. Undoes his belt, says if he even so much as smells crab again in this lifetime, he’ll puke. Manuel, all smiles, pours him one last shot of rum, and when Arthur goes to pick it up, he pins the poor bastard’s wrist to the table with a pearl-handled knife the size of my fucking forearm. I mean this guy was fast. Arthur’s screaming like a stuck pig, turning white, blood everywhere, but I can’t afford to miss a beat here, so I just pick up the next leg and crack it open. I spend the next hour and a half eating my portion and Arthur’s as he bleeds out next to me onto the hardwood. The shells have opened up all these little cuts on my hands, and the Cajun seasoning is setting them on fire. By the time I’m finished, Arthur’s unconscious, and there’s crab meat literally up at the back of my throat. But I didn’t flinch, and I didn’t break. Manuel tells me a night club to meet him at next week: I’m in. I spent the next three years bringing down their operation from the inside, and I’ve never eaten crab since.”

12. August Tielman – “I’m not really at liberty to talk about work done undercover.”

14. Hamid Bilal – “It doesn’t seem like you know what the FBI actually does.”

16. Mike Mansfield – “Even if I had, I couldn’t tell you about something like that.”

17. Rob de Souza – “Crab legs? Could you explain how you think that would possibly work?”

18. Ethan Timlin – “Field work has never been my thing, but I’ll serve my country however I’m asked to. In this case, I was an arms dealer. I’d been putting out feelers to Southwestern neo-Nazi groups the bureau thought might be turning militant, and I’d finally set up my first big meet, at an Arizona ranch. That way we could get plate numbers, see who was in the mix—you know, gather intelligence. The FBI furnished me with Pelican cases full of M16s and M60s, but I thought, hey, a whole bunch of big, juiced-up skinheads out in the hot sun might want some refreshments. A gesture of goodwill, I figured, to lubricate the transaction. I spent $600 getting 15 pounds of fresh crab legs shipped from the Gulf, and I spent five hours getting sunburned out in the yard boiling them in a propane cooker with corn and andouille. Maybe I got a little overzealous, but it was my first assignment. Eventually, a fleet of panel trucks pulls up and unloads a couple dozen white-power motherfuckers, and as it turns out, they are in absolutely no mood to chow down on crustaceans with me. Suddenly, I’m in a position where, if I don’t cover like I made all these crab legs for myself, I look weak, and if I look weak, these guys might think they can just plug me and take my inventory. I spent the entire hours-long arms deal with my hands and mouth full of crab, corn, and sausage. Every now and then, I’d see if I couldn’t tempt anyone else: “You’re not gonna get fresh crab anywhere else this far inland!” I’d shout, or, “Goddamn! How about we set down the munitions and pick up the provisions?” It never caught on. I swallowed my own vomit twice that afternoon; I felt it come up and just sucked it back down. I can’t tell if they thought I was a badass or just a psychopath, but they didn’t fuck with me. They even gave me a nickname: “Crab Boy.” Crab legs got me a nickname from neo-Nazis. The most demoralizing part of it all was that, by the time money changed hands and they finally packed up and hauled off, I’d barely made a dent in the crab pile. The bureau refused to reimburse me for the expense, but they’re right. The taxpayers deserve better.”

19. Georgia Neumann – “I ate some at a buffet waiting to meet an informant, but that was only three or four legs total.”

21. Colleen Garrett – “In my 25 years as an agent, eating crab legs has never come into play.”