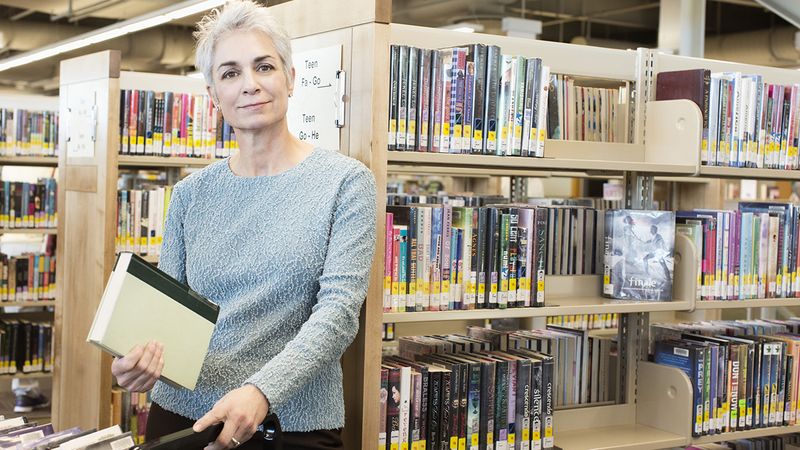 Twenty-two librarians. One simple question: Who is the most Italian guy you’ve ever had to find a book for?

1. Jacqueline Merrick – “I’m not sure I understand the question.”

3. Taylor Booth – “Oh, I don’t think I should answer something like that.”

4. Lucie Cook – “Can’t say a patron has ever stood out as being the most Italian.”

6. Michelle Roland – “There’s an old Italian man who comes in sometimes, and he’s really sweet. I mean, he’s not any more Italian than a normal Italian guy, but he’s the first one who came to mind. I don’t know if that answers your question.”

7. Jennifer DeLuca – “Why would you ask me something like that?”

9. George Hoffman – “Can you be more specific? You’re either Italian or you’re not, right?”

10. Emma Reynolds – “Okay, so there was this guy who came in about two years ago. He wore an all-white Italian chef’s outfit and had an enormous Italian chef’s mustache. At least two, maybe three feet long. And the hat he wore—it was the platonic model of an Italian chef’s hat, in my opinion. The most Italian-looking man I’ve ever seen or ever will see. He was also always kissing his fingers in the classic Italian fashion, although more violently, and would only take a break to ask me ‘Where’s-a the spaghetti book, mamma mia? I need-a the spaghetti book!’ His lips were scarred and his fingers seemed to be permanently pruned because of all that Italian finger-kissing, and if he owned a restaurant I wanted no part of it—no matter how good it might be. Anyway, I was certain we didn’t have anything called The Spaghetti Book, but he was persistent. I led him to the fiction section on the off chance it was there, and as soon as we got there he found Dante’s The Divine Comedy and started smiling. To him, this was the spaghetti book. Maybe because Dante was Italian? I’m still not totally sure. To thank me, he kissed me on both cheeks in the classic Italian fashion and pulled out a few big, steaming bowls of spaghetti from behind my ear. I didn’t eat them, obviously, but it was still nice. Yeah, he was a regular Mr. Italy for sure.”

12. Wendy Liu – “I don’t keep track of how Italian our patrons are, if that’s what you’re asking. I’m not sure how you’d even measure something like that.”

16. Caroline Dwyer – “Maybe I’m misunderstanding you here. The most Italian?”

18. Michael Singer – “Not totally sure what you mean.”

19. Patricia Livingston – “There’s only one guy who really stands out. He came in all tangled up in the Italian flag and wouldn’t stop spinning around the lobby in distress. Eventually, he got exhausted or dizzy and he collapsed, and as he was lying there I could hear him murmuring ‘The Mona Lisa and the cappuccinos, the Mona Lisa and the cappuccinos, and who can forget about those Etruscans and Fellini, not Mussolini, and commedia dell’arte and Mussolini and also where is The Brothers Karamazov for these red, white, and green eyes to read, mamma mia? And those Etruscans as well….’ Then he passed out. I went and found him The Brothers Karamazov, which is a really great Russian book, but by the time I got back, the paramedics had come and taken him. I never got to see his face, but I don’t think it’s too big a stretch to say that he was Italian.”

21. Adriana Bocelli – “What exactly are you asking?”