We Asked 22 U.S. Judges About The Most Scientifically Ambitious Punishment They Ever Gave To A Shoplifter 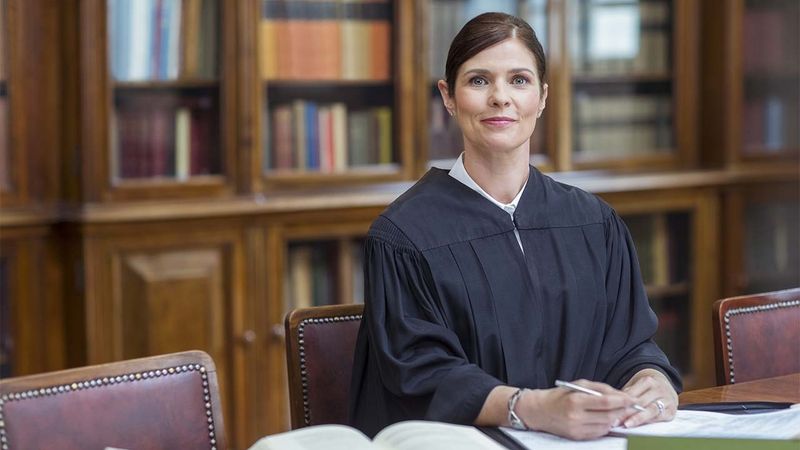 We spoke with 22 judges from all over the country and asked them one simple question: What is the most scientifically ambitious punishment you’ve ever given to a convicted shoplifter?

1. Julian Feldman, Associate Justice, Supreme Court of Alabama – “What exactly are you asking me? I don’t understand the question.”

2. Phillip Rogers, First Circuit Court Judge, Hawaii – “When I sentence a convict, I’m focused on fairness, not on expanding the boundaries of science.”

3. Jim Zaller, District Court Judge, Idaho – “I think you might be a bit confused about what a judge’s job actually is.”

7. Tim Bronson, District Court Judge, Delaware – “I’m not sure I understand what you mean.”

8. Kelly Greene, Associate Justice, Connecticut Supreme Court – “There’s a whole set of laws that dictate what sorts of sentences you’re allowed to give to shoplifters. I try to follow those guidelines pretty closely.”

9. Valerie Morrison, 10th District Judge, New York – “I once sentenced a 14-year-old shoplifter to a punishment that forced us to reconsider what mankind was capable of. Utilizing a radical medical procedure I developed over the course of 15 years of intense research, I cryogenically froze the shoplifter from the neck down while leaving his head unfrozen, thus allowing his head to age while the rest of his body remained frozen in time. I released him 70 years later, and he was a 14-year-old boy with the head of an 84-year-old man. He looked in the mirror and he screamed and screamed. ‘How am I possible?’ he cried. He had become a chimeric monstrosity—a Minotaur of Time, with the head of old age and the body of youth. Contemporary scientists still puzzle over how I was able to engineer this beast of justice, for in punishing this shoplifter, I became a master over Time itself! That boy will never shoplift again, and it’s all because I had the courage to dream beyond the boundaries of the infinite and voyage beyond the realm of the possible.”

11. Camilla Reyna, District Judge, Puerto Rico – “What are you talking about?”

12. Anna Porter, Associate Justice, Rhode Island Superior Court – “No! I would never do something like that.”

13. James Mitchell, Judge, South Carolina Court of Appeals – “I don’t know what you mean by ‘most scientifically ambitious.’”

15. Barbara Lynn Terra, Chief Judge, Alaska Court of Appeals – “None of my sentences involve any science.”

16. Lucille Janger, Justice, Supreme Court of Ohio – “Sentencing is dictated by the law, not by the scientific ambitions of the judge.”

17. Marcus Wilhelm, District IV Judge, Wisconsin Court of Appeals – “In my courtroom, shoplifting gets you a fine at worst.”

18. Augustus Stewart, Fifth District Judge, Utah – “I once sent a shoplifter to jail for 48 hours, but that was because he was a repeat offender. I’ve never passed down a sentence that I would call scientifically ambitious.”

19. Rex T. Evans, Associate Justice, Supreme Court of Pennsylvania – “I once had to sentence a woman who had been caught shoplifting on three separate occasions. Against the laws of God, Nature, and Science alike, I genetically engineered a dog that could shout ‘You stole!’ that would follow her around screaming this at her for the rest of her life. To this day, that talking dog, my horrible creation, follows that shoplifter around incessantly shouting ‘You stole! You stole! You stole!’ Because of my terrible experiments, that thief will never forget her crimes. I gave a dog the gift of speech. I’m a genius and a monster. God forgive me.”