We Got A Real Oddball On Our Hands Here: This 4-Year-Old Is Obsessed With ‘The Borowitz Report’ And Is Constantly Printing Out Articles To Hang Up On His Wall 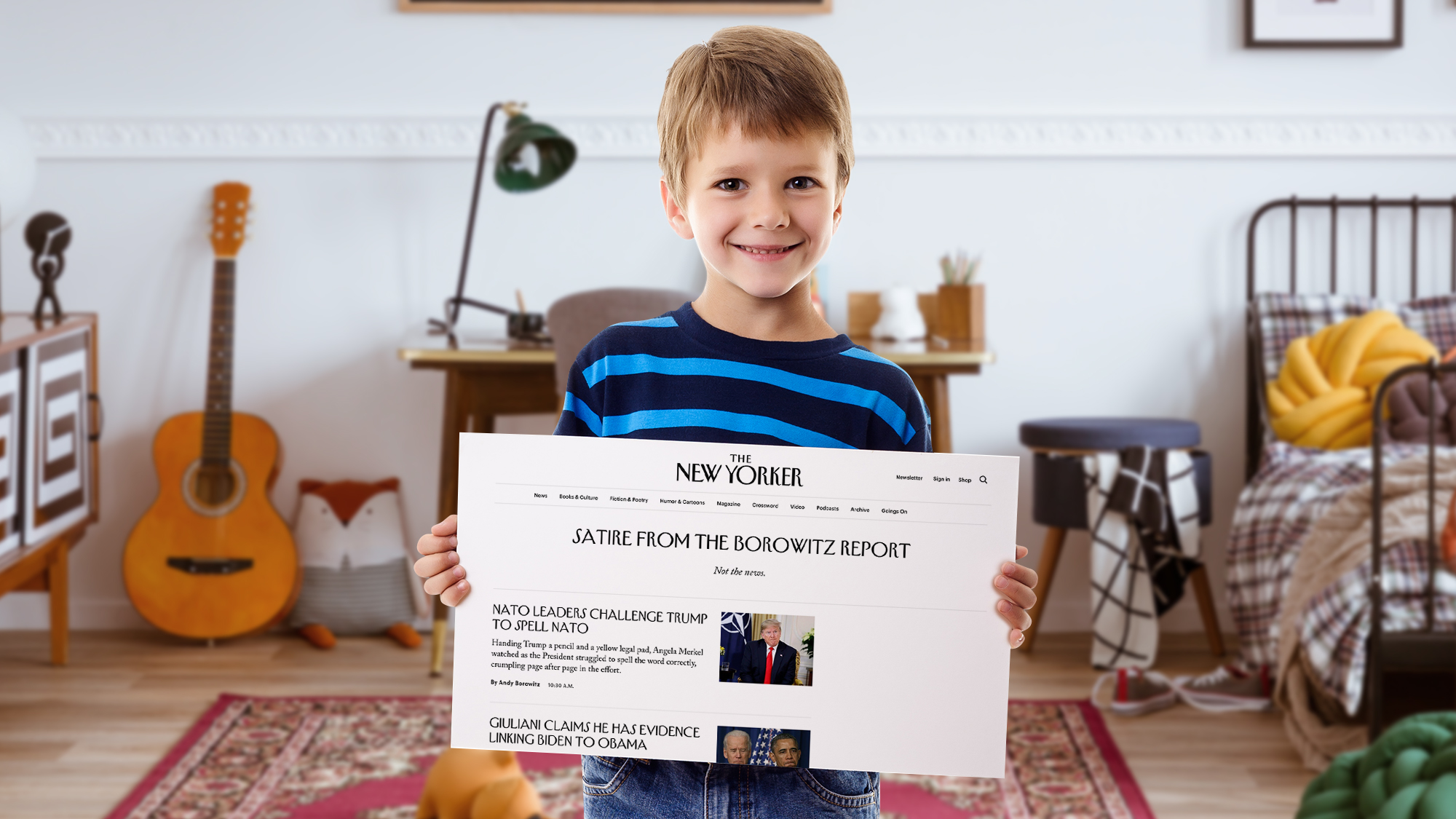 Well, here’s a story about a kid who—and there’s no sugarcoating this—is definitely a major weirdo: This 4-year-old is obsessed with “The Borowitz Report” and is constantly printing out articles to hang up on his wall.

Yeah…oddball alert. This kid is not normal!

Four-year-old Eddie LeMayne of Denver, CO isn’t obsessed with space or dinosaurs like many of his preschool classmates—instead, he spends all day every day talking about “The Borowitz Report, “Andy Borowitz’s political satire column in The New Yorker. Every evening, Eddie begs his parents to help him print out “Borowitz Report” articles and hang them on the wall above his bed, where he kisses them repeatedly each night before he goes to sleep. And any time Eddie is alone with his toys, his parents can hear him playing with two LEGO figures he named Andy Borowitz and David Remnick, making the two New Yorker employees argue back and forth about “Borowitz Report” deadlines while Eddie giggles with utter glee.

Wow. You’ve gotta wonder: What the hell is Eddie’s deal?

Though he can’t yet read, Eddie has managed to memorize multiple “Borowitz Report” headlines like “Fact Checker At Republican Debate Hospitalized For Exhaustion” and “Obama To Produce Netflix Series About About Trump’s Impeachment,” and he parrots them over and over to his parents from morning till night.

Not interested in trucks, huh, Eddie? Because this is definitely a weird thing for a kid your age to get into.

Eddie’s mom, Debra, says that Eddie even requested a “Borowitz Report”-themed party for his fifth birthday, complete with a black-and-white cake bearing Andy Borowitz’s illustrated face and the column’s tagline, “Not the news.”

“His dad is going to dress up like Andy Borowitz for the party. We bought a gray, straight-haired men’s wig and everything, and he’s going to go out and tell all the kids that he’s Andy Borowitz and that he stopped in the middle of writing a satirical column about Donald Trump playing golf in Ukraine to come visit Eddie,” said Debra. “We asked Eddie about a dozen times whether he wouldn’t prefer a theme like Star Wars or Batman, but he said it had to be Borowitz. We really don’t think he even understands what the jokes mean, but he can definitely tell that they’re supposed to be funny, and apparently he can’t wait to share them with all his friends.”

Yikes. There’s no way around it—Eddie definitely has something weird going on, because there’s no earthly reason he should be this obsessed with “The Borowitz Report.” Lots of little kids have topics they get really into, but this is a bit beyond the pale. Let’s hope Eddie grows out of this “Borowitz Report” phase pretty soon, because if he doesn’t, he’s setting himself up to be basically the weirdest kid ever.