What Did You Monsters Do To Him?!? The Gentlest Employee At Michaels Is Rushing Around Looking Really Stressed Out 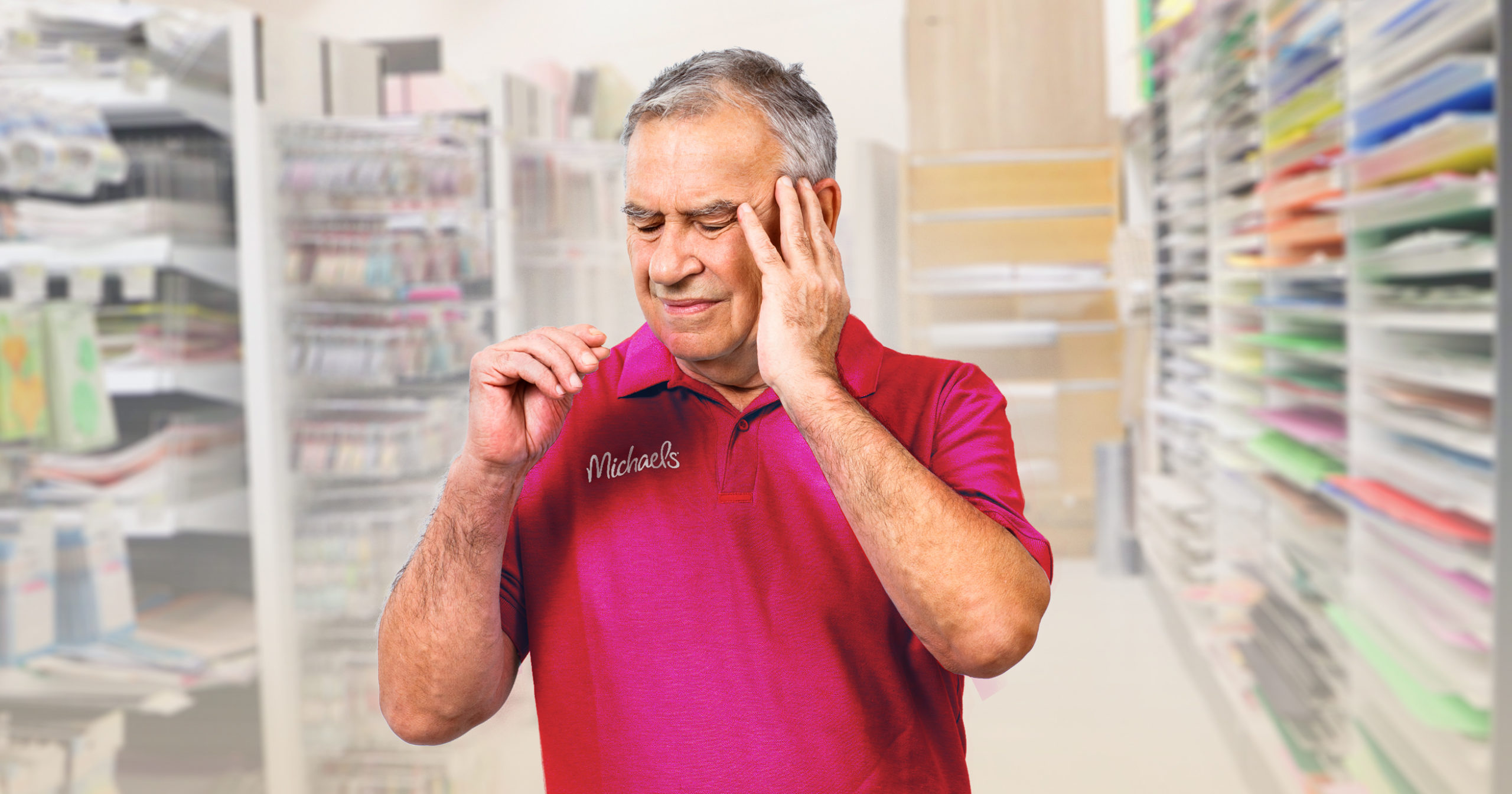 Brace yourself, because the following story about a lovely man whose spirit has been broken is seriously going to get you upset: The gentlest employee at Michaels is rushing around looking really stressed out.

What the hell did you monsters do to him?!?

On any other day at the Michaels craft store in Boulder, Colorado, 64-year-old Henry Dillon, the store’s sweetest employee, can be found tenderly reorganizing the shelves of unicorn-shaped candy molds while subtlety dancing along to “Hey Soul Sister” as it plays over the speakers. Henry’s big heart and bigger smile are typically on full display at the Boulder Michaels as he walks the aisles offering high fives and free stickers to any kids who are stuck shopping with their parents, giving each child a knowing wink along with their sticker since freebies are not technically allowed under Michaels policy. Today, however, Henry’s been rushing around the shop with his head in his hands while muttering incoherently under his breath, and whoever the hell did this to him is going to have to pay.

While it’s typical of Henry to respond to a customer’s question with a dozen follow up questions, ranging from “What project are you working on?” to “Where does your nephew go to school?”, when a shopper just approached him to ask where she can find those fake marbles that you put inside vases of fake flowers, Henry quickly replied, “Over there,” without even making eye contact – which is basically as close to saying “fuck off” as Henry can get.

Which one of you pushed him to the edge? Henry gives and gives, but you people just take and take. Whatever it is you did – whether it was making unruly demands for Valentine’s Day packs of glitter even though it’s only Halloween, or complaining about the 30-day company return policy that he obviously did not set – you’ve really done it now.

Prior to today, Henry had only cried once in the store, and that was at the beauty of the Christmas manger he’d made entirely out of cinnamon sticks with his best work friend, Barbara. Instead, though, Henry is now tearing up as he frantically re-organizes a display hot glue sticks so that they’re in descending order by height, even though he’d already organized them to be in ascending order at the start of his shift. Clearly at the end of his rope, Henry just took a huge whiff off a candle called “Hearth & Hope,” which basically just smells like vanilla, and ran off toward the employee break room – somewhere he’d never gone before, even for a few minutes, even on Black Friday, citing that “there’s no need to take a break from something you love.”

What an absolute shame. You monsters have stolen the smile of a wonderful man. And for what? For your own satisfaction? To try to make yourself feel better about your own terrible life? Shame on you.

Good Lord. Here’s hoping Henry gets to head home soon, because he definitely needs some time to himself. If you’re the one who did this, you better come forward and say you’re sorry.