What Might Have Been: This Is The Park Bench Heath Ledger Could Have Sat On If He Were Still Alive Today 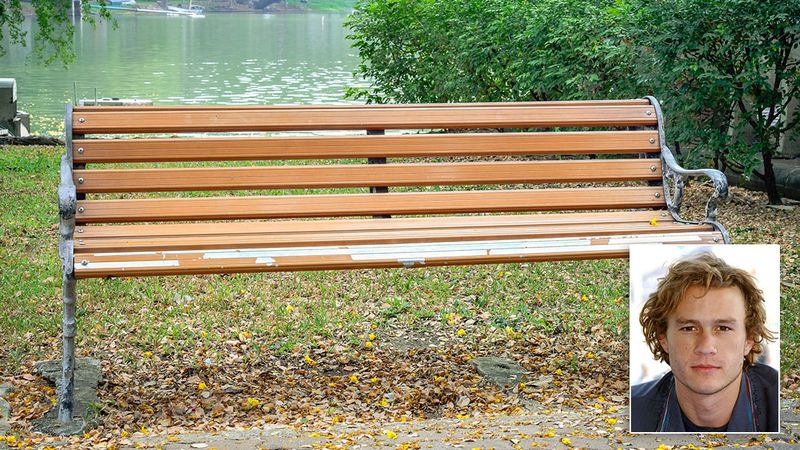 Heath Ledger was one of the most talented actors of his generation, but his rising star was sadly halted due to a drug overdose in 2008. The world will always wonder what else he would have achieved in his life, and now we have another all-too-real reminder that this gifted actor was torn from us before his time: This is the park bench Heath Ledger could have sat on if he were still alive today.

If Heath Ledger were alive today and got tired while walking through Los Angeles, this could have been the bench he used to rest his legs when in Grand Park. Perhaps Ledger would check his phone while sitting on the bench. If it were a hot day and he were carrying a bottle of water, Ledger could have sat on the bench and taken a few sips. If Ledger had a book and it were nice out, maybe he’d stay on the bench for a while and read the book. There were so many possibilities involving Heath Ledger sitting on this bench, but unfortunately none of them can ever come to fruition. And that is heartbreaking.

It’s hard to look at this park bench and not imagine a 37-year-old Heath Ledger sitting there today. Maybe he’s even leafing through a script for the sequel of A Knight’s Tale. But then you’re brought back to reality, knowing that Heath will never kick his boots up and lay down on the bench for a quick nap, even though it’s so easy to picture.

If you’re ever in L.A. and come across this park bench, you will undoubtedly be reminded of Heath Ledger’s incredible talent, and you’ll find yourself wondering “What if?” It’s a question that will stick with us, and this bench, for a long time.