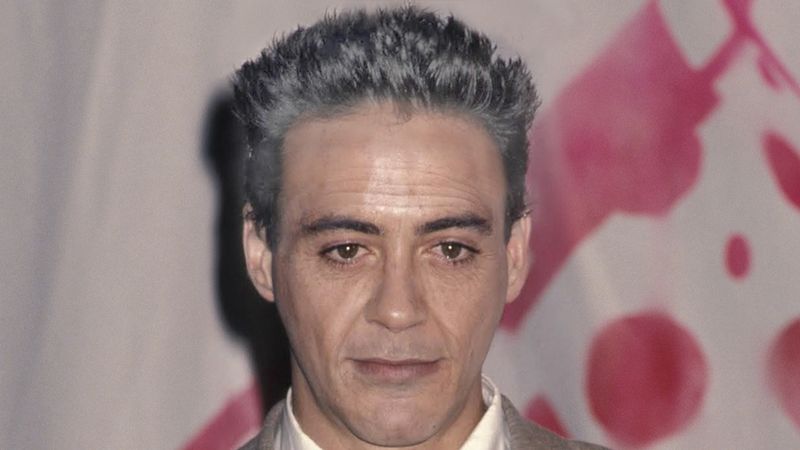 Ever wonder what Robert Downey Jr. would look like today? Well, thanks to digital artist Margaret Landry, you don’t have to wonder anymore! The Los Angeles-based graphic designer has created an amazingly realistic rendering of what the Less Than Zero star would look like in 2015, at age 49!

Check out this side-by-side comparison of the actor in 1987 and Landry’s depiction of what he would look like now, some 28 years later:

Crazy, right? Landry says she studied images of Downey Jr. as both a child and a young man in order to get a sense for how his face was already aging. By exaggerating these features according to common aging patterns, she was able to roughly approximate what the actor might look like today. The result is truly stunning.

Comparing the two images, it’s not hard to picture a world in which the young man on the left grew into the 49-year-old on the right. Would this Robert Downey Jr. be slated to star in the next Hollywood blockbuster? Would he still be dating Sarah Jessica Parker? We can only wonder. But Landry’s portrait makes it easier to imagine!

Want to know what other stars would look like today? You’re in luck! Landry says she plans to replicate this speculative experiment with other celebrities like Madonna, Julia Roberts, and Johnny Depp! We can’t wait to see the results of this imaginative and thought-provoking project!