Whatever: The Emo Kids Are All Sitting In Each Other’s Laps And Snickering About Some Emo Thing That Nobody Cares About 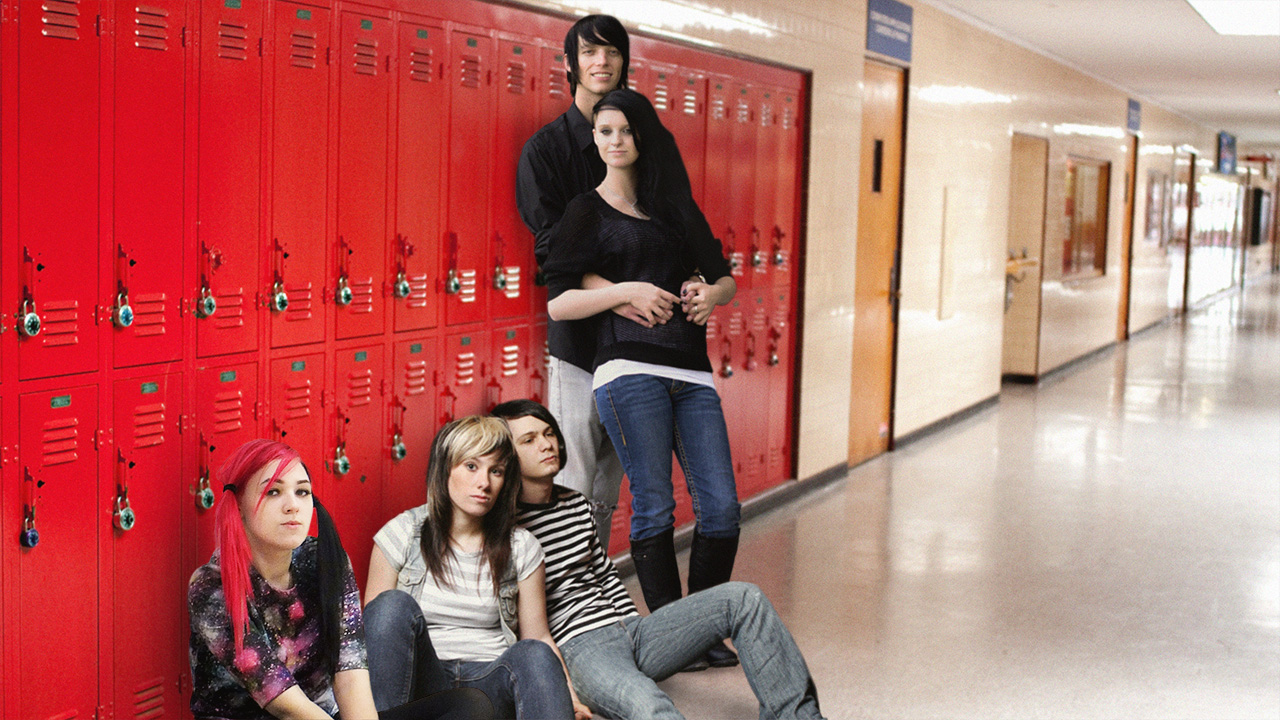 Well, something really stupid is happening that literally doesn’t matter at all: The emo kids are all sitting in each other’s laps and snickering about some emo thing that nobody cares about.

Whatever. The emo kids do this kind of thing all the time, and it’s very dumb.

The whole thing started when a bunch of the emo kids got to school way before the first bell and sat down all over each other on the floor outside the library just like always. They were sharing each others’ earbuds and listening to their emo-kid music, which as far as we can tell is basically just sad songs about Halloween, and then all of a sudden that one emo girl with the lip ring read something off her phone and then all the emo kids started giggling hysterically about it, even though it’s clearly just some weird emo thing that would not be interesting to anybody else.

More details about this baffling situation with the emo kids and their bullshit might be forthcoming, but we’re not going to tell you about them because it’s not important. This just doesn’t even matter to anybody except for the emo kids. Seriously, who cares?