Where The Hell Did He Find That? Dad’s Snuggling Up In His Crate With A Flip Flop That Doesn’t Belong To Anyone In The House 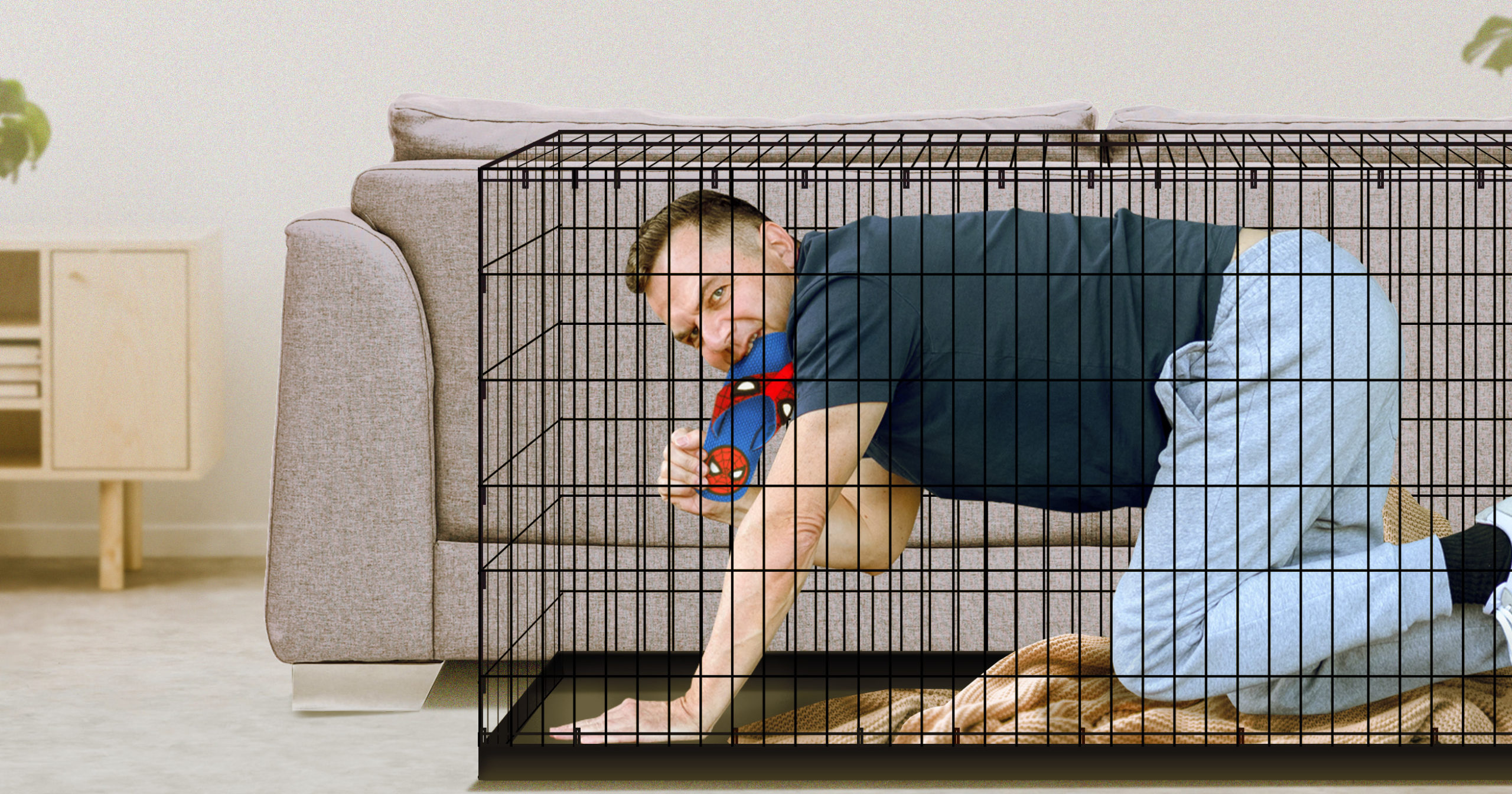 We all love Dad, but it’s no secret that he can be a bit of a handful at times and drive everyone crazy with his antics. And unfortunately, today is one of those days where he’s really testing the family’s patience: Dad’s snuggling in his crate with a gross flip flop that doesn’t belong to anyone in the house, and he refuses to give it up.

Ugh, c’mon, Dad. No one’s got the energy for this right now.

Moments ago, Dad marched triumphantly into the house holding up a random flip flop that definitely doesn’t belong to anyone in the family, raising it proudly over his head as if it were a priceless treasure rather than a stray piece of trash he found outside somewhere. Since it’s a child’s Spider-Man flip flop, Mom’s current theory is that Dad must have picked it up from the neighbor’s yard when we let him outside to burn some energy earlier, but it’s equally possible that he just found it while digging through a stranger’s garbage. The flip flop is covered in dirt but that hardly matters to Dad, who’s gleefully slobbering all over it and basically ruining his khaki pants in the process.

We know you love the flip flop, but it’s not yours, Dad!

Mom’s now trying to wrestle the flip flop out of Dad’s mouth, but Dad’s growling like crazy and shaking his head back and forth as she yells at him to let go of it. Dad just tried running out of his cage to get away, but Mom grabbed hold of him by the Jerry Garcia tie we got him for Father’s Day and successfully wrangled the sandal from his grasp. However, Dad immediately started whimpering at the loss of his new chew toy, so Mom had to turn on TNT to get him to stop crying. Luckily, his favorite movie, The Hunt For Red October, was on, which made him so excited that he quickly ran three circles around the living room then immediately fell asleep.

Unfortunately, the flip flop is now totally covered in bite marks and drool, so Mom will have to clean it off before she tries to return it to the neighbor’s, but that’s just what happens when you leave a flip flop somewhere in Dad’s sight! Besides, you gotta admit that even though this whole ordeal was kind of annoying, seeing Dad so happy with the flip flop was pretty dang cute, too.