Whoa: Apparently This Guy Is Going To Wear His Mask All Night 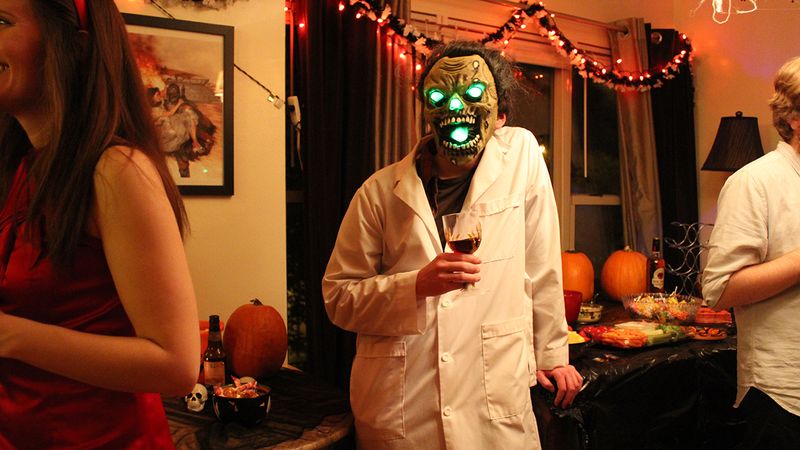 Well, this is one for the books.

At this point, everyone’s seen the guy in the light-up mask who’s been skirting the edge of Anil and Becca’s Halloween thing all night. But now, three hours in, one thing is becoming very clear: This guy is apparently going to wear his mask all night.

That’s right. While everyone else is shedding costume pieces as the room gets hotter, this guy shows no signs of breaking. Not only that, but he hasn’t even taken off his mask to have a drink or a snack.

The fact is, as long as his mask stays on, there’s just no telling who this guy is. At first, it seemed like he was almost definitely Mike Ciotta doing one of his dumb bits, but Mike showed up 20 minutes later dressed as Baby New Year. And when Andres went over and introduced himself to get his name, this guy—and this is nuts—just grunted. You’ve just got to give it up for that kind of commitment!

Think we’re blowing this out of proportion? Consider this: Half an hour ago, he took a tissue out of his pocket and put it up under the mask, and by all accounts, it never came back out. Whoever he is, this guy is on another level.

It comes down to this: This guy may not have the coolest costume. He may not be the life of the party. He doesn’t even seem like he’s having any fun. But there’s just no denying that he’s pretty committed to his costume, and he’s not changing that anytime soon.

So, as far as this guy goes, all we can say is, masks off to you!