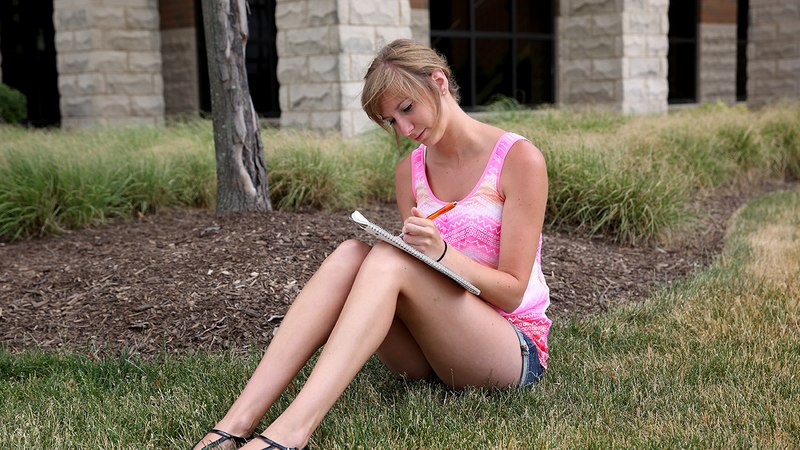 Well, if it wasn’t already obvious that Morgan is the coolest person on the planet, here’s conclusive proof: While everyone else at Alton B. Parker High School is writing their lowercase A’s the normal way, Morgan is writing her A’s totally different now.

Wow…this is going to change everything. Morgan, you did it again.

It looks way harder than writing a regular A, but somehow Morgan is now writing her A’s like the kind you would see on a typewriter. The new A’s have a tail that extends above the letter and then down to the bottom on the right side. According to inside sources, Morgan started making the switch to this new kind of A in February, and at this point she has them down to a science. She even wrote one on the board during her Romeo And Juliet presentation in Mr. Carroll’s English class—all without hesitating for a second.

Seriously, Morgan would be the one to do this. There’s a reason everyone likes her.

And it seems like Morgan isn’t even close to done shaking up the handwriting game: She’s also started curling the tails of her Y’s, J’s, and G’s around to make a closed loop. Sources say it doesn’t even look like she’s trying hard to do it; it comes totally naturally to her at this point. Handwriting copycats, including Laura C. and Danielle, have already popped up, but so far none have been able to keep up with Morgan’s constant innovations.

Yep, this is truly amazing. Morgan, you rule!