Work Hack: How To Let Your Boss Know That You Are All Full Up On Pork Meat 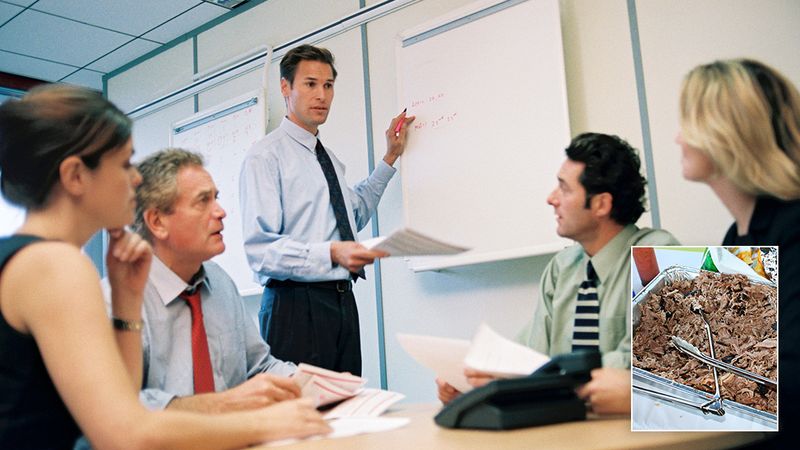 So, you want to let your boss know that all the pork meat got filled up in you, but don’t know how? No worries! Try any of these simple strategies and your boss will know all about how you are full up on pork meat in no time!

3. Ring the pork bell: The second your boss hears the chimes of the pork bell, they’ll immediately look over and see you clanging away at it, which should at least make it abundantly clear that something pork-related happened to you. This should get the ball rolling on telling them how the pork thing happening to you is that you are completely full up on the stuff.

4. Rent out Carnegie Hall for a one-night performance of your three-act play, I Am All Full Up On Pork Meat: A Three-Act Play For My Boss, and give your boss a coupon for 25 percent off front-row seats: No boss can resist a great deal on theater tickets. Once they’ve taken their seat, you’ve got their full and undivided attention until the curtain call; that’s plenty of time for the message of the play—that the meat of the dead pork got filled up inside of you almost enough for popping you all open—to sink in.