Wow: When Someone Graffitied Hateful Messages On This Mosque, A Group Of House Painters Came Together To Cover It Up For Free. But Then The Next Night The Hateful Guy Came Back And Wrote Even Worse Stuff, And The Painters Are Booked Through The End Of The Year. So Now Some Well-Intentioned Teens Are Going To Try To Fix It, Which Is Very Nice, But They Probably Aren’t Going To Do A Very Good Job And They Don’t Have A Ladder. 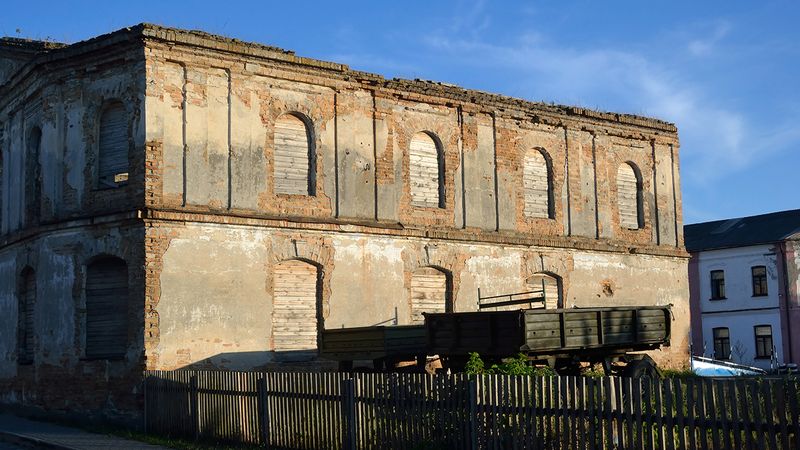 Now here’s a story that’s going to really tug at your heartstrings. After this mosque was vandalized, and then kindly repainted by professionals for free, and then immediately vandalized again, the pro painters decided they were too busy to do it again, and that’s when a group of selfless local teens stepped up to fix it in an incredible show of support for the town’s Muslim community, even though these kids really have no idea what they’re doing and they don’t have a ladder.

Wow, what a kindhearted gesture that could prove to be a bit cavalier depending on how things go!

It all started last month when the teens decided they wanted to help. They arrived at the mosque bright and early at 6 a.m., sleeves rolled up and ready to work, but they only brought enough paint to do half a wall, so they stopped about 30 minutes later. But the very next day, they came back with all the paint they’d need, and they got around the ladder problem by standing on upside-down garbage cans to reach the high spots, until someone fell and rolled their ankle and went home so they had to stop doing that. Now these amazing teens were just painting whatever they could reach from the ground, but some of the worst messages were painted pretty high up and they had absolutely no way of covering those ones, so that was too bad. Whoever the vandal was, they definitely owned a ladder.

Then, two weeks ago, the teens had an idea: What if they got the whole town together for a painting party? When they told everyone about the plan, some people loved it and some people were indifferent, and one guy said he was severely allergic to paint, and pretty soon about 50 members of the community from all different faiths teamed up to paint the mosque, and someone even brought a ladder.

It took an entire Saturday and almost $600 in supplies, but they repainted the whole building and it looked seriously incredible, but then that night the vandal came back and graffitied his most despicable messages yet. The teens had promised they would take turns guarding the mosque but they forgot, so now they’re pretty much back to square one on the painting front, and the guy who brought a ladder took it home with him.

Against all odds, the teens refused to be discouraged, and they vowed to come back next week and paint the wall again, and then they realized that they couldn’t do that because they have their SATs then.

And that’s when one of the teens had another idea: What if they covered the graffiti with an enormous interfaith mural? Wow. It’s an incredibly beautiful concept, even if it’s probably too ambitious and is bound to provoke the vandal again, but the town seems pretty excited about it so it’s probably too late to back out. They’re planning another painting party for two weekends from now once the SATs are over, but that’s when the town has their annual autumn festival and pretty much everyone goes to that, so nobody is signing up for a shift on the teens’ Google Docs form, although whoever set that up forgot to change the settings so that others can edit the document, so it’s technically impossible to sign up right now anyway.

So the upshot is that they’re planning a car wash to raise funds for the mural, and they seem more excited about the car wash than they ever did about painting the mosque.

It also maybe bears mentioning that the building is not even a mosque. It’s an abandoned Jewish synagogue, but when everyone saw the Islamophobic messages scrawled on the front, they jumped to the wrong conclusion. In any event, the hateful graffiti does need to be covered up, so the interfaith mural is definitely going to happen once the teens can settle on a final design, which is actually starting to cause some drama of its own amongst the group.

And that’s basically where things stand now. Major props to these incredible kids for doing their part, seeing their work ruined, trying to do their part again, overcoming some obstacles while arguably succumbing to others and, at the very least, organizing a nice painting party where everyone genuinely seemed to have fun. Keep up the fight, teens, and good luck with that vandal, who remains at large!