You Go, Girl! When This Woman Noticed A Stranger On The Train Clearly Taking Pictures Of Her, She Silently Accepted That This Will Just Happen Now 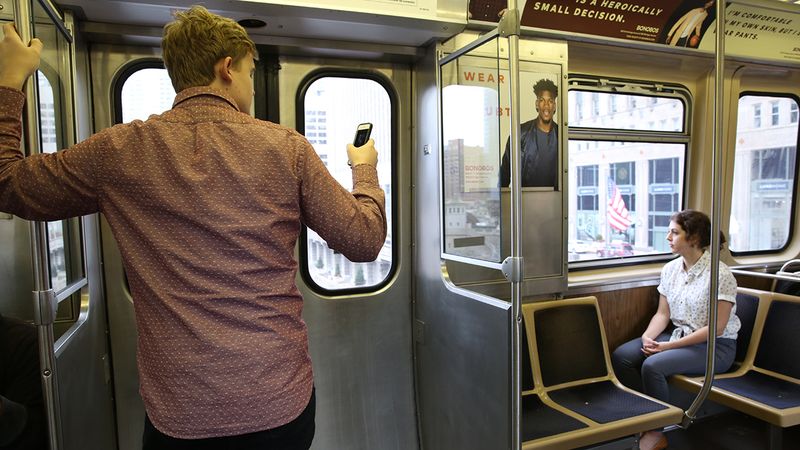 Being a woman can have its fair share of challenges, something Katie Stewart knows all too well. This 26-year-old Sacramento resident has dealt with being harassed and catcalled her entire adult life, but recently, she decided to take a stand. Late last week, when Katie noticed a stranger on the train clearly taking pictures of her, she silently accepted that this will just happen now.

Anyone who’s ever met Katie will tell you she’s a feminist through and through, so you better believe she gave that pervert a whopping dose of girl power as she purposefully avoided looking at him, sighed, and tried to push from her mind that a strange man was openly snapping a picture of her, which in the age of smartphones can happen literally anywhere at any time. Throughout it all, Katie remained calm and unfazed as she successfully resigned herself to the fact that this guy would be uploading these photos to his computer later, and that he had somehow justified that in his mind.

It’s unfortunate that most men don’t realize how much bravery it took for Katie to accept that no matter where she went there would probably be some creep with a camera phone, and that confronting each and every one would be incredibly emotionally draining and time-consuming and put her in potentially dangerous scenarios with aggressive men who feel entitled to take pictures of women in public. And until the day comes when all men realize that taking pictures of a woman without her consent is just plain wrong, Katie is well-prepared to tolerate the intermittent camera flashes and shutter sounds that she experiences on a weekly basis, and those are just the ones she notices. Keep on staying strong, Katie!

With a 40-minute train ride to and from work each day, Katie will have many more chances to be a total badass and steel herself to the unceasing horror show we all live in. Hopefully her inspiring actions will encourage more women around the country to come to terms with the bleak reality of completely nonconsensual picture-taking as well!