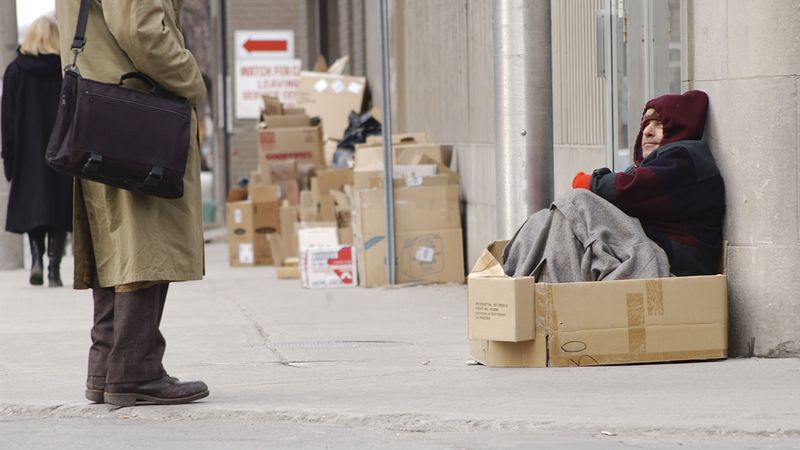 What did you do the last time you saw a homeless person? Crossed the street? Averted your gaze? Quickened your pace? These are all natural impulses, to be sure, but deep down, we all know we should be doing more to help those people in need. The truth is, you never think of the homeless as people just like you and me until you take the time to dissect one.

The fact is, it’s easy to write off homeless people as hopeless or crazy or violent. It’s easy to walk past them pretending they’re not our problem. But if we took an hour—just one hour out of our day—to kidnap and operate on a homeless person, would our perspective change? Would we see them as human?

…if we took an hour—just one hour out of our day—to kidnap and operate on a homeless person, would our perspective change?

For weeks, I passed by a homeless man who lived under an overpass near my house. Day after day, he would ask for money, but day after day, I would ignore him. Eventually, I finally asked myself: “What is there to be afraid of?” I talked to him, found out his name was Henry Plosdam, and after just a few short hours, I realized that he was a human being, filled with blood, bones, and organs, just like the rest of us.

You see, just because Henry doesn’t have a home doesn’t make him any less human. Just because he doesn’t have access to food or water doesn’t mean he can’t laugh or cry or scream loudly for help. At the end of the day, when he’s lying there splayed open on a makeshift operating table, Henry is a human being.

I’ve dissected several more homeless people since Henry, and they have all confirmed that homeless people really are the same as us. I encourage everyone reading this post: The next time you see a person asking for change on the street, take the time to dissect him or her, and I know you’ll see him or her as a true equal.