18 Facts About The Ocean That Will Blow Your Mind 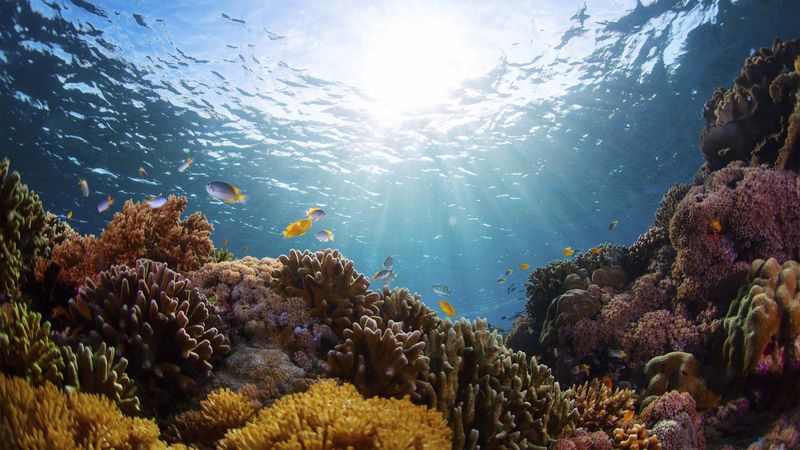 The ocean is a vast and beautiful mystery that scientists are still uncovering new information about on a daily basis. Here are 18 mind-blowing facts that will change how you look at the deep sea.

1. The Mariana Trench is so deep, you could chuck at least five refrigerators in there before it filled up.

3. The ocean’s sweet fruit is called seaweed, and it looks like this:

4. Dan Marino once threw an autographed football 45 yards into the ocean.

6. The ocean is so huge that the BP oil spill was no big deal, and everyone keeps blowing the whole thing out of proportion.

7. Even if the world’s oceans froze over, there’s no guarantee you could get a long enough running start to Risky Business slide all the way to Portugal.

8. There is a type of tame whale called a boat, and it loves to give people rides.

9. This beautiful deep-sea creature lives on the ocean floor around thermal vents:

10. If you tossed a colorful beach ball near a crowd of dolphins, it would be cool if they started bopping it out of the water with their heads like volleyball players.

11. The same lobster has been dragging Ty Cobb’s body across the ocean floor for the past 60 years.

12. Announcements about the ocean are made by packing a whale full of fireworks, waiting until it breaches, and detonating them in the shape of the desired message.

13. Yachting across the Pacific on a solo trip is an excellent way for a woman to move past the death of her husband.

14. Over 35 whales beach themselves every year while trying to catch a glimpse of Bruce:

15. It’s possible to see the ocean from space.

16. Squids are considered highly dangerous because they will often reach their tentacles onto passing boats and stick a cigarette into a baby’s mouth.

17. The hit TV show Street Sharks is loosely based on the ocean.

18. A golf ball dropped in the Pacific is gone, buddy.