4 Big Frogs You Can Store A Few Hot Wheels In 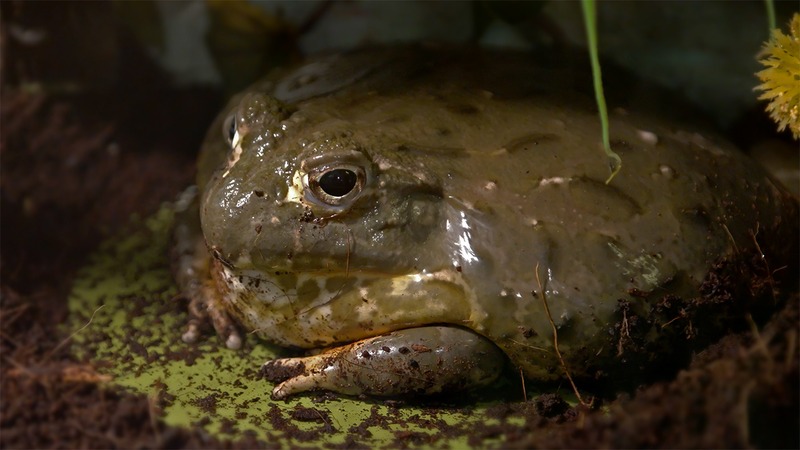 If you’re in the market for a huge-ass frog to put a couple Hot Wheels in, look no further. Here are four monster frogs that could store a ton.

Right off the bat, we’re starting with this giant-ass frog. Jesus Christ, would you get a load of this big honkin’ dipshit? One look at this bad boy and you just know he could hold five or six Hot Wheels, easy, and still have room in his fat belly to eat some other cool shit if he wanted. This mondo fucker lives out in my backyard near the creek and pretty much just sits on his green ass all day in the mud. He never really goes anywhere, so if you’re worried about a frog up and taking off on you after you’ve already crammed your Hot Wheels in it, this is probably your dream come true—the ol’ goober is just too fat to go anywhere. One time, I saw him holding a bunch of smaller baby frogs in his mouth, and I couldn’t fucking believe my eyes. Was he caring for them or eating them or what? Probably eating them, because you just know he’s one hungry motherfucker! Goddamn, you could fit so many fucking Hot Wheels inside him. Incredible.

This is the kind of monster frog that’ll make you double-take so hard you sprain your neck. When I first saw it waddling through a wet ditch near the cardiologist’s office, I honestly thought it was a leather duffel bag or some shit. It is so fucking big that you could probably ramp your Huffy off of it and it wouldn’t even feel it. Imagine getting ahold of a beefer like this—it could probably hold so many goddamn Hot Wheels! An obese fuck like this could fit at least 20, no prob. Too bad it’s got bumps all over its skin, though. Those are gross as hell. But if you can put up with the bumps, then you’ve basically got yourself a free, huge, natural glove compartment. It’s so big! I bet this is what a tortoise looks like if you pry its shell off. Wild.

3. The giant fucker near the basketball courts

I once saw this frog sitting on a rock next to a blue heron, and I swear to god he was sizing the bastard up. Seriously, he was going to eat a goddamn bird. Can you imagine?!? Unfortunately, the blue heron flew away before any gnarly National Geographic shit could happen, but damn, you better believe it got my blood pumping! If this frog’s got what it takes to throw back a bird, then you figure it could really do some work on Hot Wheels. And not just normal Hot Wheels—it could probably handle the bigger Hot Wheels, like trucks and busses. Hell, I wouldn’t even be surprised if you could fit a goddamn Hess truck in this frog. He’s so big and stupid-looking! Just an absolute unit! Although, now that I think about it, if this frog was willing to eat a blue heron, then it probably wouldn’t have any qualms about eating a human baby. Shit! Better not leave your stroller near this greasy-ass land blimp!

Jacob’s frog is a fucking mammoth of a frog, bottom line. He once invited me over to his house to look at it, and it was every bit as massive and immobile as he claimed it was. I just stared at it and stared at it until it was dinnertime and Jacob said I had to get out. He gave it some bitch name like “Charlie” or “Buster” or some shit, but I privately refer to it as “Thunder Hog.” Thunder Hog is roughly the size of a Weber grill, and it’s funny as hell to watch it drag itself over to its grass bowl with its tiny little arms, leaving a sloppy trail of piss on the flattened Eggland’s Best carton lining the floor of its box. Jacob fed it, like, five crickets while I was there, and the dumpy ol’ beast downed them like they were nothing. It was so badass. And you could tell that it was still hungry afterward because it dragged its fat gut over to the corner of the box and just stared up at us with its vast Muppet mouth slightly parted, its tongue pulsing with anticipation. Pretty fucking weird, Thunder Hog! But anyway, the reason I bring all this up is that you just know that this wet pile of living meat could swallow pretty much any Hot Wheel you held in front of its dumb lips. Just one after another, after another, after another—Thunder Hog would eat them all and not give a fuck. And that’s about as good as it gets. Can’t ask for much more. If Jacob weren’t such a selfish little prick, he’d let people come over and feed his frog Hot Wheels. Sadly, though, that is not the case. For now, we can only dream.