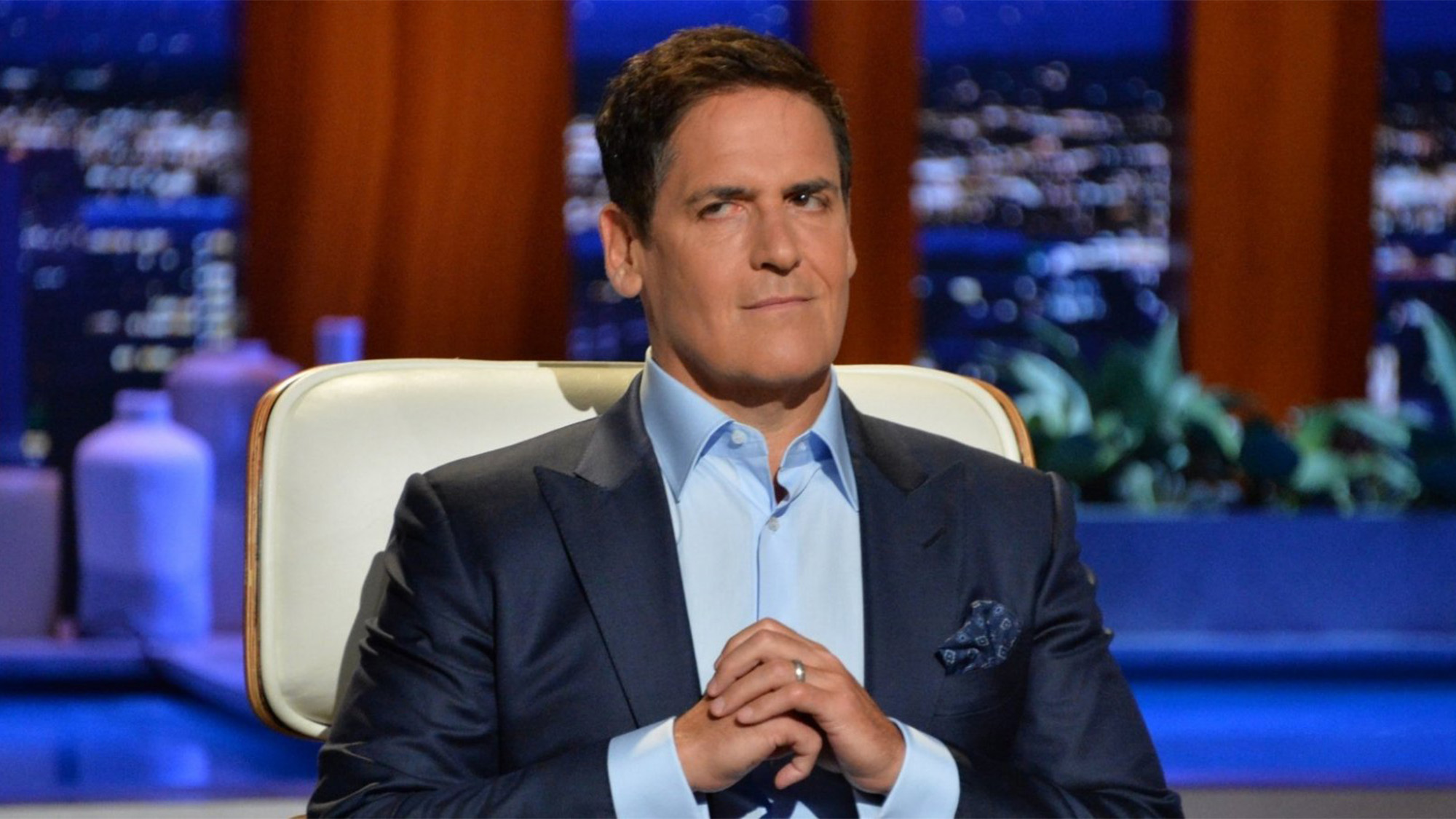 Mark Cuban’s discerning business acumen has made him a billionaire entrepreneur, but sometimes, he’s forced to ignore his instincts on Shark Tank and begrudgingly offer a contestant a deal only because their sob story is about the time he hit them with his car.

1. The time Mark invested in a woman’s unsuccessful protein bar company because his Range Rover had broken both of her legs two years ago

As soon as it became clear in this season four episode that none of the Sharks were interested in investing in her protein bar company that had achieved a mere $40,000 in sales over the course of three years, this Texas businesswoman started to cry. “Things just haven’t been easy,” she began, “four years ago, I was sitting in my parked car in downtown Dallas, when the owner of the Mavericks drove his Range Rover right into me.” Mark hung his head down while the other Sharks wiped tears from their eyes. “I was just starting to get my company off the ground, and I had to drop out of an investment deal so I could go to physical therapy for my broken legs. The fact that I’m standing here today feels like a miracle.” The Sharks all turned to look at Mark until he said, “Looks like I owe you one,” and reluctantly offered the woman $200,000 at a 30% stake.

2. The time the other Sharks pressured Mark to make an offer because the contestant’s company was directly inspired by the time Mark’s car slammed right into him

In this season six opener, a businessman from Seattle pitched an app that keeps people safe while they’re walking around with headphones on by triggering a high-pitched alarm whenever a car is approaching. The man got choked up while he explained that he’d thought of the app while he was in the hospital recovering from a pelvic injury caused by Mark Cuban driving his Range Rover through a red light while he was crossing the street with earbuds in. But when Mark told him that the app wasn’t the right fit for him as an investor, the other Sharks started yelling at him. Mark scoffed, saying, “Please, you can’t expect me to make a deal with every person who comes in here just because I hit them with my car.” Guest Shark Charles Barkley turned to Mark and said, “I didn’t lose respect for you when I learned you hit him with you car, but I will lose all respect if you won’t invest in this app.” With no other option, Mark offered the man exactly what he’d asked for.

3. The time Mark invested in a family-run beach towel company with a ton of debt because he’d hit all five of them, separately, with his car

As soon as this family of five entered the Tank in wheelchairs in this season eight episode, it was clear that Mark knew he’d have to make them an offer. While pitching their moisture-wicking beach towel that’s also a blanket and car tarp, they revealed that they’d incurred hundreds of thousands of dollars of debt and suffered numerous setbacks in the process—specifically that each of them, in completely separate instances and locations, had been paralyzed by Mark Cuban in his Range Rover. The youngest daughter, age 6, said that the beach towels “also help wipe away your tears after Mr. Cuban’s car breaks your rib cage right before ballet class,” and the 17-year-old son added, “or when his car breaks your arms while you’re on your way to prom.” Despite the company’s awful finances and confusing, unnecessary product, Mark admitted that they probably would have been able to focus more on their business if he hadn’t put all of them in the hospital, so he made them an offer.

4. The time Mark made an offer to a contestant who was bleeding throughout her entire pitch because he’d hit her with his car 40 minutes before while pulling into the studio’s parking lot

In this season nine episode, a woman struggled to describe her home security system company because she was trying to stop her hip from bleeding where Mark Cuban’s Range Rover had hit her just 40 minutes earlier. Because she was so lightheaded, her pitch barely made any sense, and she soon broke down into tears. “I’m sorry,” she said. “This isn’t how I wanted this to go, but I’ve been feeling really awful since Mark Cuban drove his car into me while I was walking into the studio this morning.” She started to fashion her blazer into a tourniquet around her upper leg when Mark Cuban made her an offer, even though it was basically impossible to tell what the company did or how much it was worth. She accepted his deal, then passed out on the floor. Mark then said, “Now that we’re business partners, the first thing we’re going to do is get you in an ambulance.”