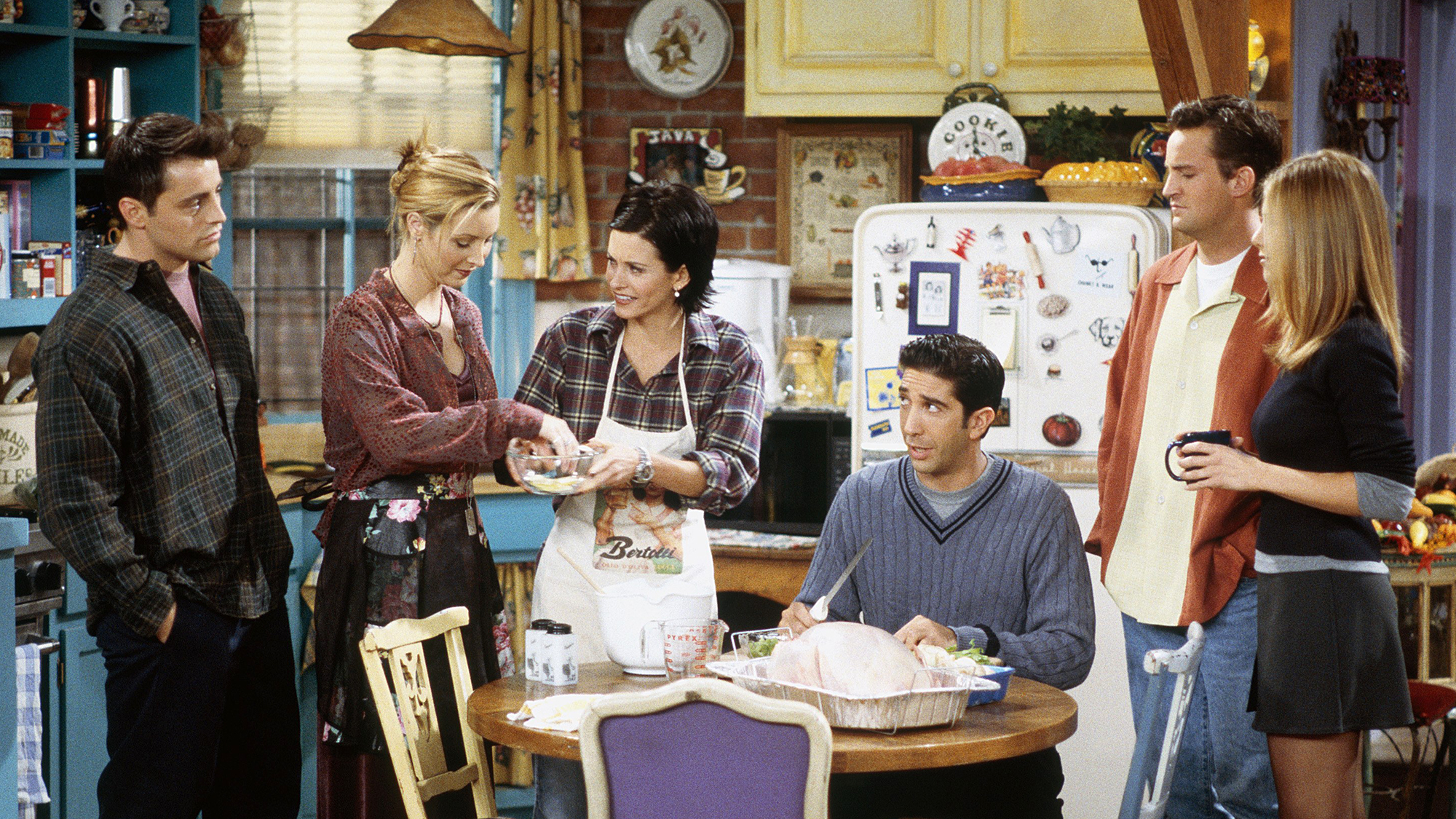 The Friends was the sitcom that always make at least a little bit a laughing slide or fall out of our mouths, but there were four times when the laughter really exited out of there with a big, large launch.

1. The time Ronn told Runchel she was pregnant and it caused a large black cloud of laughter to thrust out onto an airplane and the airplane died

“Look out for that Friends laughter!” said the pilot, as the black cloud of joy and cheer crushed the passenger plane, killing all 712 aboard. But it was destined to happen, because Ronn had to tell Runchel that he got her pregnant so we could launch out those major laughs. The baby’s name was Ermmp.

2. The time the Friends came onto TV and the jokes started to come out of their mouths, which seriously made a great amount of laughter come out of our mouths much like a cannon shooting a cannonball directly into another cannon that was laughing

The laugh had to come out because of the Friends, and the way it came out was a launch. This time it was a launcher, that’s for sure. Because of what happened with Ront.

3. The time that the Friend’s downstairs neighbor Mr. Heckles made a uproarious mistake by dying

What was the mouth doing? Laughter. And why did it want to do it? Death. That’s because, what happened was, that the deathly antics of downstair neighbor Mr. Heckles, and, made the mouth open up so big like a tunnel and the laughter came out of the mouth tunnel.

4. The time the lips made a large circle the size of a bucket, the tongue pulled back, the throat opened wide, and BOOM! the laugh launched out, breaking the top half of our head off.

This type of laughing destroyed our head due to the creatures such as Joely, Tabitha, and Cross.