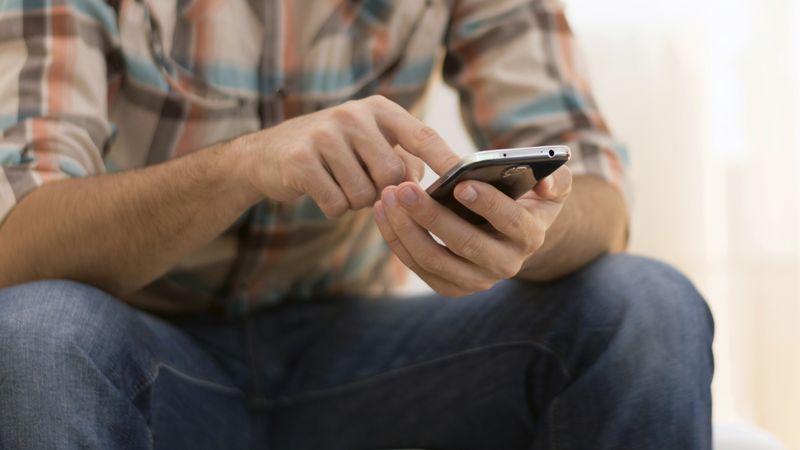 The future is here, and my phone is stuck in my goddamn shower drain.

1. Time slots don’t matter: In the past, if you wanted to watch a show, you had to make sure to be sitting on your couch at home at the exact time it aired. Miss the first five minutes? You were out of luck. Now, though, you can catch up on your favorite TV shows whenever and wherever you want, unless your phone is currently stuck down your bathtub drain and you can’t even take a shower because you’re worried about ruining it.

2. Bite-size TV: Our attention spans are growing increasingly shorter, and in general we’re becoming more impatient as a society, especially when your phone is lodged in a crappy, rusted-out drainpipe, so that means that showrunners are focusing more on creating small, standalone clips that we can watch in a minute or less on our smartphones.

3. Social television: Like never before, we have the ability to instantly post on social media while watching TV, so long as your phone is actually accessible and not eight inches down the pre-war plumbing system in your goddamn bathroom. What I wouldn’t give just to be able to text on my phone right now.

4. My phone is currently clogging my shower drain: Christ. I’m not even sure entirely how this happened, all right? I definitely wasn’t on the phone in the shower, but somehow it ended up stuck down there, and now I can’t get it out. I’ve tried everything. It’s in there pretty good, but not so far down that I can’t wedge some of my fingers in there and touch it. But every time I jam my hand in that goddamn drain to fish out my phone, I just push it down even farther. Why the hell is the shower drain even big enough to allow an iPhone 5s to get lodged in there? Who designed this piece of shit? I guess I gotta call a guy or something? Home repairmen make me very uncomfortable, and you know it’s going to be, like, $500 or something just to get them out here and oh what the hell this sucks so bad. So, if you’ve texted me recently and haven’t heard back, just know that my smartphone is currently clogging my shower drain. Seriously, I’ve tried everything, even unraveling a clothes hanger into a big hook, but that just scratched the living hell out of my screen. Maybe I’ll try to get my 6-year-old nephew over here to see if his little hand can fit in there, but my brother Nathan is such an asshole and would never let me live this down. God, my phone is stuck in a freaking shower drain. Just. I don’t know. This sucks so, so bad.

5. Your phone is now your remote: Most TVs can be controlled with a swipe of your finger. Incredible!