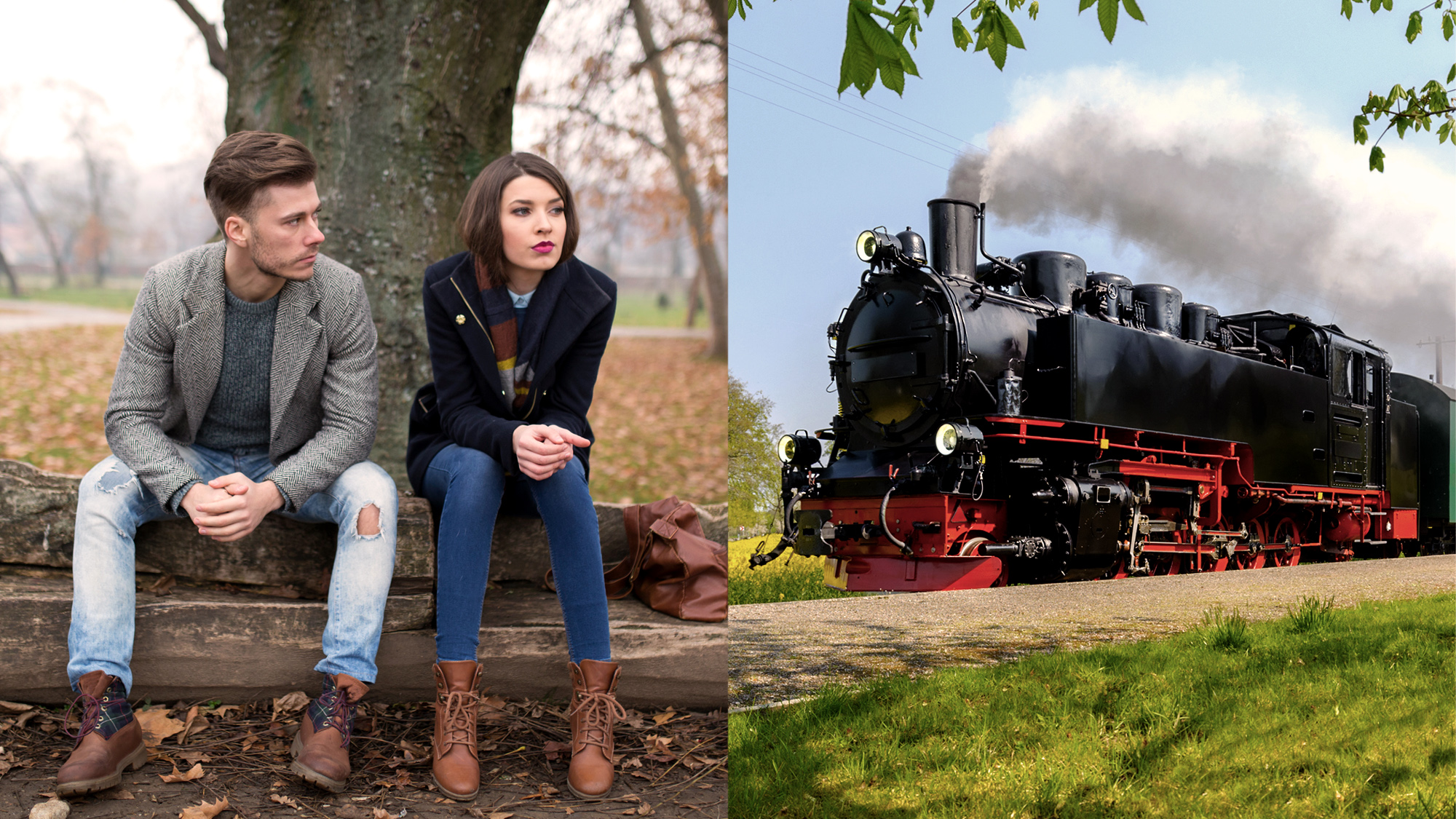 There’s no doubt that coordinating a successful train robbery with your significant other feels incredible, but even the promise of millions of dollars in unsigned bank notes can’t always make things better if your relationship has serious problems. These are five common relationship issues that not even a good ol’-fashioned train robbery can fix.

Subpar communication is a relationship problem that lots of couples try to cover up by recklessly ransacking a moving steam engine, because when you are able to quietly ambush an entire dining car, bind and gag the kitchen staff, slip into their uniforms, and convince the other passengers that the big stuffed bags you’re taking out of the cargo hold are just various seasonings for tonight’s carved turkey, it really makes you feel like you are both on the same page. But at some point, you have to come home, stop laughing about the way the chef danced when you shot your pistol back and forth at his feet, and talk to each other. If you can’t do that, you’re doomed, no matter what.

If you’re having a hard time finding things to do with your partner that you can both agree on, it’s easy to get desperate and want to do something high energy and fun, like gathering together a crew of misfits to systematically loot a passenger train for valuables. However, people in healthy relationships usually have a lot more in common than just the “last seen” section on their wanted posters. If you and your bae have none of the same interests or opinions, that’s eventually going to weigh on you, even if you try to cover it with an exciting heist: First you’ll notice that you don’t like to rig train signals the same way, next you’re arguing over whether to spare all working-class individuals or just women and children. At that point, the only question is if you will break up before or after you get apprehended by the authorities.

Honestly, if you think you might have a codependency problem in your relationship, robbing a train will not fix things, but it might at least help you identify the problem so you can get out ASAP. But don’t take our word for it—once your grand theft is underway, just pay attention to how many times you let your partner convince you that you’re “just better at pistol whipping potential assailants” than they are, or notice how quickly you’re willing to forgive them for leaving you at the hands of the police commissioner without so much as an apology. If you’re giving them that kind of emotional power over you when you’re doing something fun like circumventing the law out on the rails, odds are you’re also enabling codependent behavior even after all the dynamite smoke has cleared.

At the end of the day, your partner should be attractive to you—and if they aren’t, even seeing the Great Plains rushing behind them through the window of a passenger car isn’t going to change that. It might seem like a quick fix to saw off a couple of shotguns and start planning a complex train heist to add a little spark to your sex life, but be careful. Next time you and your dearly beloved get intimate, take note of whether you are turned on by THEM or by the lingering adrenaline you have from pulling your concealed weapon out of a traditional hatbox and screaming, “Hand over your valuables,” to a frightened group of innocents. Your answer should make it pretty clear whether or not you’re using a train robbery to cover up some deeper problems in the bedroom.

Obviously, this is a pretty big one, and unfortunately, attempting to pick up the pieces and go rob a train after you have been cheated on will probably only make you even more certain that the relationship is over. Sure, you might feel a rush as you and your lover pull your horses up alongside a train and successfully leap onto the railing of the caboose, but once you’ve got a whole first-class car full of socialites held up at gunpoint and you’re watching your S.O. gingerly remove a golden hummingbird comb from a woman’s delicate chignon or “sign” each of their merciless kills with a bright red kiss on the cheek, all you’ll feel is jealousy, anger, and ultimately distrust. It’s hard to rob a train or continue a relationship once you’ve reached that point, so it might be time to call it quits and move on.